You Can Be Your Own Team of Rivals

Don’t stop at the first explanation that occurs to you, ask your inner rivals what competing explanations they can come up with. 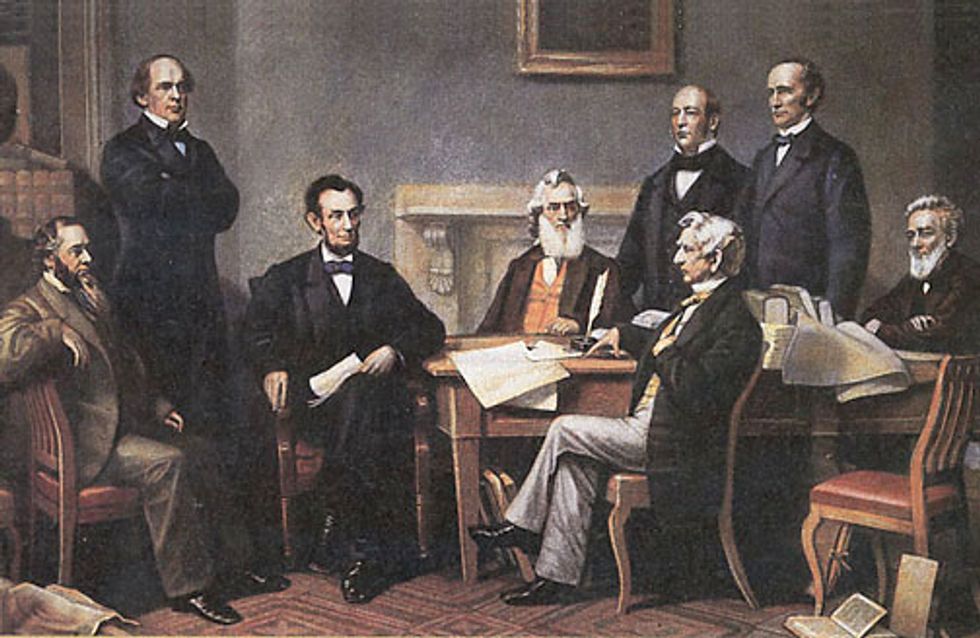 Abraham Lincoln was one of the presidents who best understood the fact that you need to surround yourself with advisors who aren’t just Yes Men, who aren’t just going to agree with everything you say.

And when Lincoln assembled his cabinet he filled it with people who didn’t necessarily like him, many of whom had competed against him and many of whom had very different opinions than he did about how the country should be run.

Doris Kearns Goodwin called this Lincoln’s “team of rivals” and if you want to achieve good results like this for yourself you can be your own team of rivals.  Don’t stop at the first explanation that occurs to you, ask your inner rivals what competing explanations they can come up with.