We'll Be Eating a Lot More Bugs in the Future

A new web series delves into the many reasons why eating creepy crawlers makes sense for your diet and the environment. 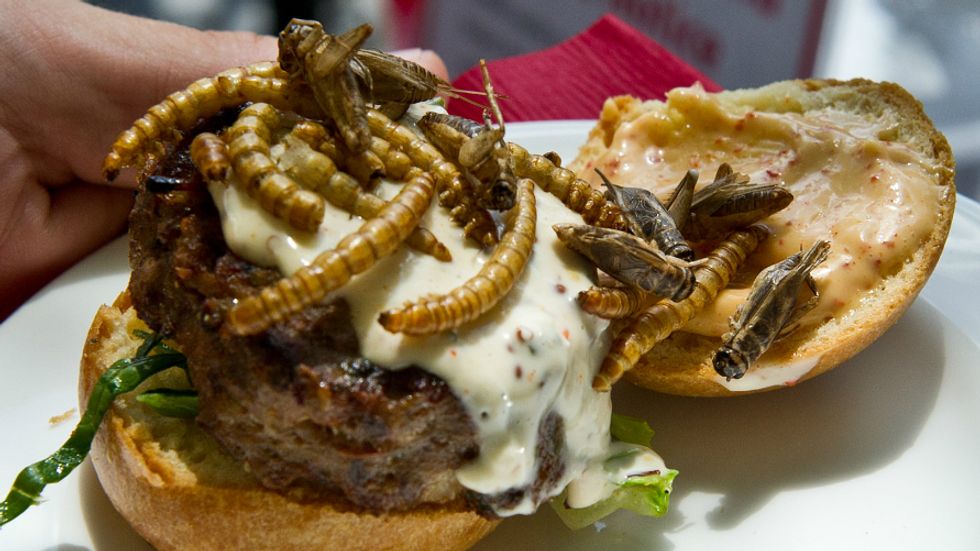 A lot of people around the world eat bugs. Chances are you're not one of them, assuming our analytics are correct. Just the thought of crunching down on a creepy crawler sends shivers through the typical American endoskeleton. Many Westerners think of eating bugs as a gross third-world custom... or just what Anthony Bourdain does when he's on vacation.

But much of what we think we know about insects resides in the realm of myth. They're not unhealthy. They're often quite tasty. They're loaded with the sort of nutritious good stuff dietary professionals love. And sooner or later we're probably going to have to get over our apprehensions and embrace these remarkably efficient sources of protein.

That's according to hosts Craig Benzine and Matt Weber of The Good Stuff, a new web series produced by PBS Digital Studios:

The main argument in favor of bug cuisine (check out the full playlist) is that it's a practical source of protein compared to the inefficient livestock practices to which Westerners are accustomed. As human populations grow worldwide, there becomes a need to expand agriculture. Expanding agriculture threatens the environment and requires the destruction of wild habitats. Just as it makes sense to seek out energy alternatives to oil, it's vital we seek out efficient ways to rededicate our agricultural resources.

For instance, here are some visual examples of why raising crickets for food makes more rational sense than raising cows:

Benzine and Weber note as well that raising a cow requires a lot of time and land — 18-22 months and two acres — whereas raising crickets is a relative breeze. Every six weeks, you can harvest 55-65 pounds of cricket meat from a 4 x 8-foot pen. That means less pollution and less space needed for agricultural expansion. World population will reach 10 billion near the end of the century; we can't all be eating chicken, beef, and tofu by then. This is what makes bugs so appealing for the long-term.

Yet despite these reasonable arguments, it's unlikely you'll find crickets on the menu at T.G.I. Fridays anytime soon. We have culture to thank for that. Where bugs are a staple of many African and Asian diets, Eurocentric cultures prefer to eat other disgusting animals like lobster, "the cockroach of the ocean." That we're okay with eating lobster and not bugs isn't because one is less gross than the other, but mostly because (as unsatisfying as this is for an answer) that's just the way it is.

Sooner or later though it'll be in our best interest to diversify our protein sources, and bugs make a lot of sense.

Below, dietary secrets from around the world from explorer Dan Buettner.