To Break Bad Habits, You Must Create New Ones

Rather than focus on not doing something you shouldn't do, create a new habit to override the old, bad one. 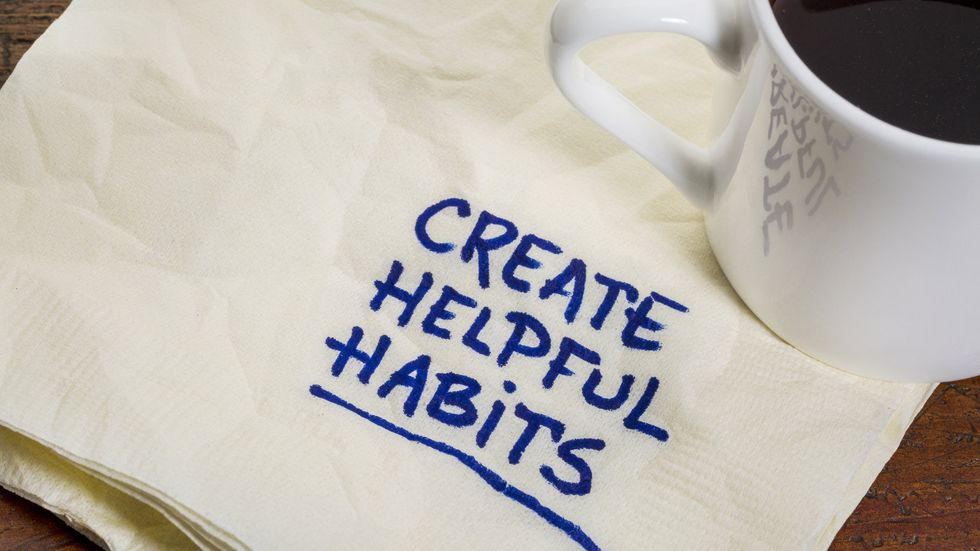 Rather than trying to focus on getting rid of a bad habit, it may be easier to try developing a new one (preferably one that's also positive, too).

Melissa Dahl from NYMag writes on an interview with Art Markman, a University of Texas at Austin psychologist, who has struggled forming his own positive habits and breaking his bad ones. In his interview with The Psychology Podcast, he talks about the power of positive goals versus negative goals. For instance, say you don't want to bite your nails anymore:

“Because it’s something you don’t want to do. And the reason that that’s a problem is because your habit-learning system is an active system. It wants to associate behaviors with the environment. If you say I don’t want to do something, then what you’re doing is focusing yourself on not acting.”

Markman says in his interview that it's much easier to learn something new than to break an old habit. So, the best way to break that bad habit is to replace it with a new one. Brett McKay from the Art of Manliness found his own research to break his habits, and discovered his actions could be broken down into three steps: cue, routine, and reward.

In order to figure out what cue was driving his routine to drink Mountain Dew in the afternoon, he tried replacing the habit with drinking water one day and going out for a walk the next. In his own tests, he found that the quick walk won out and helped him get that burst of energy he needed to get through the rest of the day. Likewise, Markman found he would bite his nails while he read. So, he got some toys and squish balls to play with, which did the trick — his hands simply required some occupation while he read.

Of course, changing these long-held habits does take some effort. Studies say it takes 66 days to form a new one. But with some mental trickery to recognize the routine you need to change in order to get that same feeling of reward, you'll be well on your way to forming a more productive, positive habit.

What bad habit have you conquered or wish to overcome? Sound off in the comments below.