It may sound obvious, but debt can be a major strain on a person's mental health. So, it's interesting that a recent study is among the first to explore the link between student loans and a decrease in mental well-being. 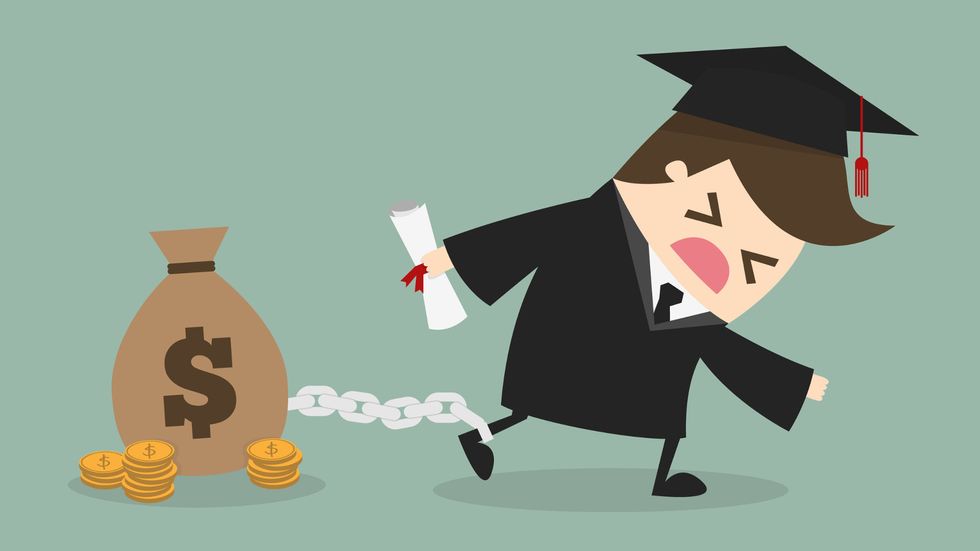 It may sound obvious, but debt can be a major strain on a person's mental health. So, it's interesting that a recent study, published in Social Science & Medicine, is among the first to establish a link between student loans and a decrease in mental well-being within the scientific community.

Melissa Dahl from NYMag reported on the study, saying that this finding won't be a surprise to anyone who has endured the soul-crushing strain of student debt. Katrina M. Walsemann of the University of South Carolina led the study. She reports that 40 percent of Americans under the age of 30 have some student debt, and the average amount of debt they carry is in the ballpark of $23,300.

Since this kind of debt is so pervasive among Americans, it warrants some scrutiny given how consumer debt from what Dahl calls, “an overly loved credit card,” is known to cause psychological issues. Walsemann and her team sought to answer two questions from this research:

“1) What is the association between the cumulative amount of student loans borrowed over the course of schooling and psychological functioning when individuals are 25–31 years old?

2) What is the association between annual student loan borrowing and psychological functioning among currently enrolled college students?”

Walsemann and her team analyzed response data from the National Longitudinal Survey of Youth, which surveyed 4,643 Americans. The researchers accounted for potential modifiers, such as parental wealth, college enrollment, and education in their assessments. With all these factors accounted for, the team found that the higher the student debt, the more likely they suffered from depression.

Walsemann spoke to ScienceDaily on the results of her team's findings, explaining the psychology behind the stress:

"We are speculating that part of the reason that these types of loans are so stressful is the fact that you cannot defer them; they follow you for the rest of your life until you pay them off.”

The researchers also suggest that it's not the poorest among us that are taking the worst of the debt crisis:

"We speculate that the American middle class is suffering the most from post-graduation debt, since they do not qualify for governmental assistance, nor is their family able to take on the bulk of the costs associated with college."