Classroom studies indicate that taking notes with pen and paper helps students to reform lectures in their own words, allowing them to learn and comprehend the material. 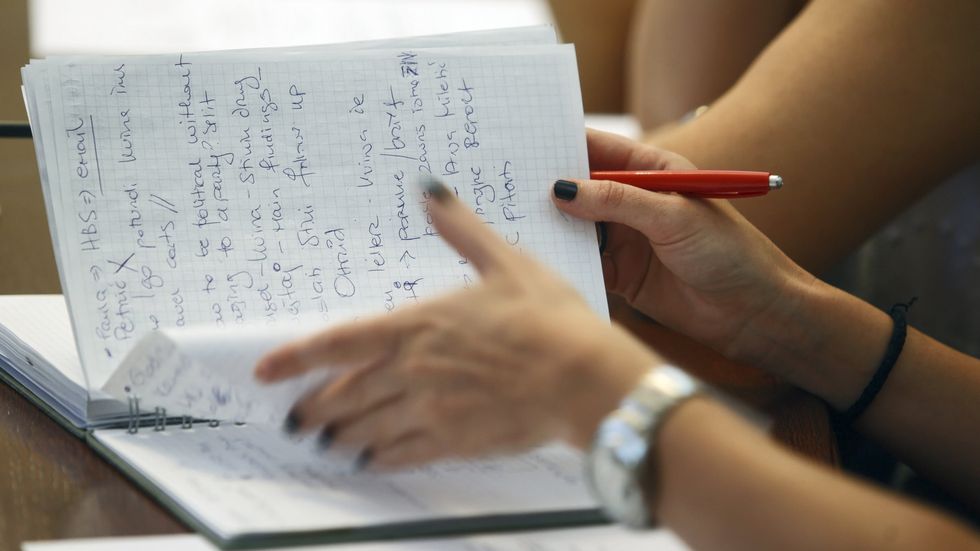 For one semester, Carol E. Holstead banned laptops from her classroom, telling students she would only allow note-taking via old-fashioned pen and paper. The idea of the exercise was to cut out distractions (we all know laptop users browse Facebook during class) and enhance learning.

She writes that she had a theory based on earlier research:

“When students took notes on laptops, they barely looked up from their computers, so intent were they on transcribing every word I said. Back in my day, if a professor’s lectures were reasonably well-organized, I could take notes in outline format. I had to listen for the key points and subpoints.”

A study we reported on a few months ago, published in Psychological Science, lines up with her reasoning. The pen is, indeed, mightier than the keyboard.

"Because the speed of longhand is lower than the speed of presentation, the student also must condense and summarize, thereby initiating a process of comprehension in the very act of taking notes."

The ability to transcribe lectures and information into your own words helps assist in the learning process. What's more, the temptation of checking a Facebook status or refreshing a news feed isn't ever-present.

Holstead readily admits that her method is rather unscientific. But she was still happy to report a positive outcome from the exercise at the end of the semester. About 86 percent of the 95 students in her class said they “paid the same or better attention” without their laptops and 52 percent said they “paid more attention.”

What's more, she reported higher test scores since she banned laptops from her classroom. But there was some frustration from a portion of the class who said they couldn't transcribe every word of her lecture by writing longhand. So, Holstead has taken to teaching students how to take better notes:

“Now I coach students on how to take notes longhand to help those who have not used that muscle much, because I am convinced that while laptops have a lot of good uses in the classroom, note-taking is not one of them.”

In this world where we're bombarded with information, it's important to have a healthy way to intake and learn information. Sometimes in order to do that, we may have to ditch the laptop and kick it old-school. Clay Johnson, author of The Information Diet, has some of his own ideas about how we can limit our intake to lead a better life. In his Big Think interview, he shares a few tools he uses to limit his intake of ads and useless information that distracts us from the important things and costs us money.