In America, a Major Effort to Inspire Children to Pursue STEM Careers

Producing capable candidates for the increasing number of STEM positions means getting children interested in those subjects while they're young. For the children's publishing company Cascade Pass, it also means inspiring children who, even in their imaginative early years, may harbor doubts about their opportunities. 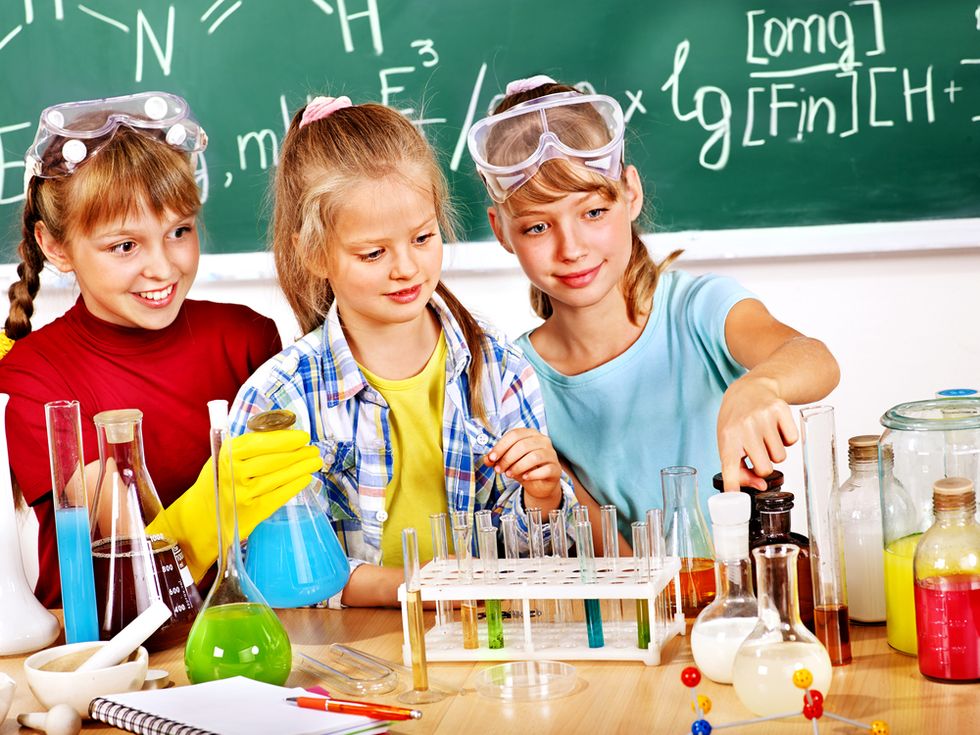 I can think of a number of things that would be easier than getting kids ages 7-13 excited about the prospect of a long and prosperous career as a petroleum engineer.

But as the number of STEM careers continue to grow (for those unaware, that acronym is Science, Technology, Engineering, and Mathematics), the American public has a vested interest in encouraging children to pursue these fields of study. This summer, many cities across the country have played host to programs and camps focused on hooking future petroleum engineers while they're young.

Huntsville, Alabama is built on STEM. The city of 186,000 residents is home to both the Marshall Space Flight Center and the headquarters for the U.S. Army Aviation and Missile Command. It's also home to a new initiative aimed at introducing STEM curriculum to local public elementary students.

Judy D’Amico, who represents the STEM organization Project Lead the Way, explained to a local news outlet why it's so important to reach younger schoolkids:

“High school in many cases is just too late…it needs to come earlier, and we need to get them excited and really ready to engage in STEM.”

Such is the case in Virginia, where The College of William & Mary is hosting an immersive summer science camp for disadvantaged middle school students who show promise in STEM subjects. Camp Launch, funded by the Jack Kent Cooke Foundation, features classes on subjects such as Lego Robotics and nanotechnology. It also strives to offer students a glimpse into what college life would be like if they were to further pursue a STEM education.

The University of Wisconsin-Marshfield/Wood County hosted a similar STEM summer camp aimed at younger kids. A focus on fun science (such as building and racing Lego vehicles) is in line with the current of education through play. The children involved, some as young as 7, are getting a first glimpse into the processes and procedures involved with taking things apart and putting them back together.

It's important to note that it's not just students receiving special STEM instruction this summer. Teachers in an East St. Louis school district recently took part in a two-week-long workshop to bolster their instruction strategies and pedagogy:

'What STEM promotes is that when you’re teaching the academic skills they need to learn, you’re actually making a connection with them and with the real world so they can see why they need to learn it,' said [2nd grade teacher Mechelle] Howard."

For the California-based children's publishing company Cascade Pass, promoting STEM also means inspiring children who, even in their imaginative early years, can harbor doubts about the breadth of their opportunities. For Judith Love Cohen, who runs the company with her husband David A. Katz, that includes the historical barriers STEM fields have with regard to gender.

(Disclosure: I had the great pleasure of interning at Cascade Pass about a million years ago when I was an undergraduate).

Cohen knows all about glass ceilings because she's lived an entire life shattering them. Her many accomplishments include 40 years as an engineer for Space Technology Laboratories (which later became TRW and then Northrop Grumman), as well as contributions toward the success of Apollo's Lunar Excursion Module and the Hubble Space Telescope user interface. Cohen's impressive career is profiled in this feature in the Culver City Observer.

Now playing the role of author and publisher, Cohen's focus is on encouraging young girls to follow in her footsteps. Cascade Pass' first book was titled, fittingly enough, You Can Be a Woman Engineer. The company has published 28 books in all, eight of them both in English and Spanish. Many of the books are written to encourage girls to pursue careers in STEM and sports.

From Camp Launch in Virginia to Cascade Pass in California, there are folks across the country dedicating themselves to advancing STEM education and helping groom the future professionals who will shape the nation.

How is STEM promoted locally in your hometown? What should we do to encourage more children to take interest in these subjects? And for those of you outside the U.S., how do you feel about the ways in which science, technology, engineering, and mathematics are taught to your country's children?