How Men Will Overcome the Decline of Manufacturing

In many respects, the new global economy has been more unkind to men than women. 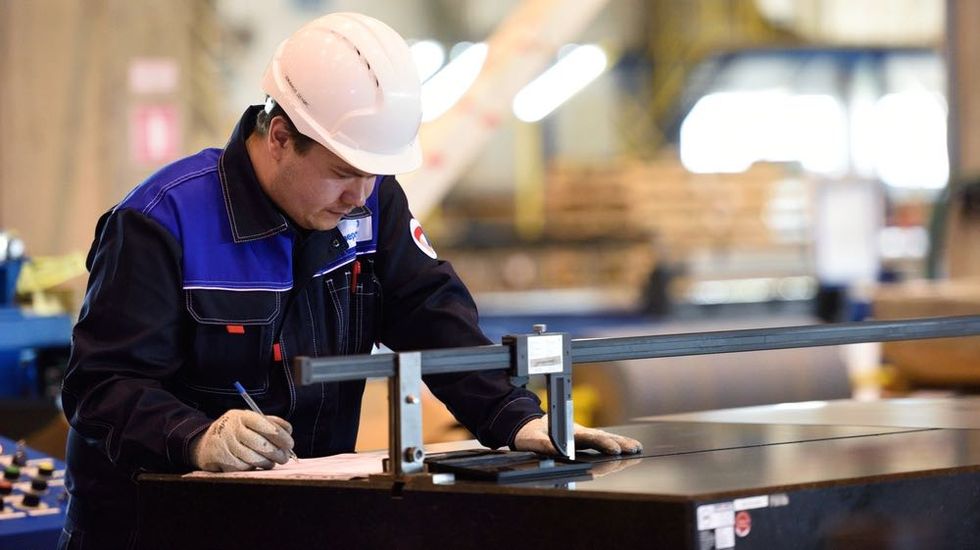 In many respects, the new global economy has been more unkind to men than women. The flow of factory work that men once relied on to provide for their families has slowed to a trickle, and economists tell us these jobs aren't coming back.

Had women been in the labor market earlier, working these blue-collar jobs, they would have suffered the same fate as men whose skill sets have steadily become obsolete — due to the globalization of trade and manufacturing. To be sure, the statistically average man still out-earns the statistically average woman, though their wages are trending in opposite directions (for men, down; for women, up).

Women are also taking greater advantage of higher education, with "50 percent of women between the ages of 24 and 39 having completed a degree after high school, versus 41 percent of men." In a knowledge and information economy, that puts women at an increasing advantage with implications for the future of work and family.

"Women may be likelier to spend their careers in nine-to-five corporate positions, enjoying the regular hours, benefits, and predictable pay those jobs entail. Forty-nine percent of women already work in firms with more than 500 employees, compared with 43 percent of men, and their share of the corporate pie is growing."

All this has been described as The End of Men by author Hanna Rosin. Instead of a male breadwinner, a more egalitarian relationship between genders will arise. But will men simply exist alongside their female corporate partners? No, says Harvard economist Lawrence Katz.

Katz believes that men will return to manufacturing, but on their own terms as artisan entrepreneurs.

"His theory holds that technology will commoditize and cheapen products in all industries but that artisanal workers will offer a superior interpersonal experience coupled with unique goods and services, commanding premium prices in turn."

Whereas technology steadily eroded manufacturing jobs through the 19th century, the miniaturization of technology means that small companies can command the kind of production that once required massive machines, purchased for astronomical prices.

The future of work for men may not be bleak, but it probably looks something quite different than what we're used to.

Imperative CEO Aaron Hurst may be one of those new entrepreneurial men. As Hurst explains, we may be transitioning out of a knowledge-based economy into something called the Purpose Economy.