Health Myths About E-Cigarettes Cause Rising Popularity Among Teens

Teens know about the health risks when it comes to smoking cigarettes, but they may be less educated about e-cigarettes. Studies show these electronic vapor devices are gaining popularity among youths. 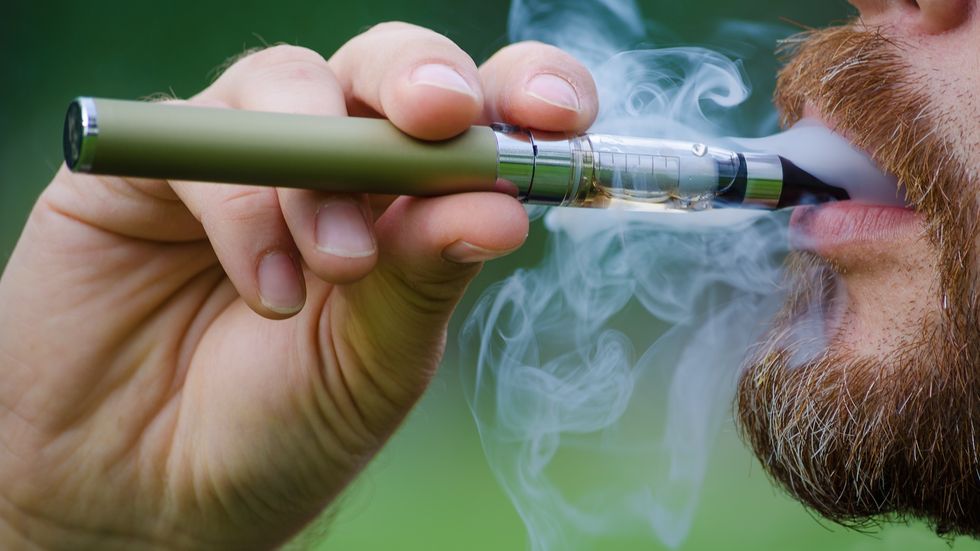 The tobacco industry has lost its hold on young teens, smoking is at an all-time low. But they may be getting it back through e-cigarette companies. Several recent studies reveal that e-cigarettes are attracting more teens, and it's misconceptions about the risks that could cause damaging, long-term effects.

E-cigarettes are battery-charged devices that deliver nicotine through vaporized liquid. The New York Time's Rachel Peachman reports that the vapor has hundreds of flavored options, including bubble gum and chocolate, which is helping to attract younger users that would be deterred by smoking's gross taste. The entire package makes it all seem like a safer delivery system (no smoke, so it must be ok), but e-cigarettes have their own set of health risks.

Nicotine is a neurotoxin that can have damaging effects on young, underdeveloped brains. Not to mention that a list of dangerous chemicals and metals have been found in e-cigarettes, such as lead and formaldehyde. Peachman reports that a lack of safety regulations by the US and oversights from manufacturers in China are the cause of these issues. But these concerns aren't reaching the youth, where e-cigarettes can pose the most damage.

A recent study released by the University of Michigan's Monitoring the Future research group revealed that e-cigarette use has surpassed tobacco use. Each year the group surveys anywhere from 40,000 to 50,000 students in 400 schools across America. The group is in its 40th year of study, monitoring drug trends among youngsters. Among 8th, 10th, and 12th graders e-cigs are twice as common as regular cigarette use.

When researchers asked kids if they used an e-cigarette in the last 30 days, 16 percent of 10th graders and 17 percent of 12th graders surveyed said yes. Richard Miech, Professor of Social Research at the University of Michigan, explained why more youths are adopting this new device:

“Part of the reason that e-cigarettes are so popular among youth is that they have a very low perceived health risk.”

The study reports only 15 percent of 8th graders think e-cigarettes are harmful, whereas 62 percent believe smoking tobacco cigarettes on a regular basis poses great risk to your health. Health advisers are battling a new delivery system of an addictive drug, which has little long-term study connected to it. Furthermore, Peachman reports in her article that one study published in the journal Pediatrics “raises the possibility that e-cigarettes are recruiting lower-risk adolescents who would otherwise be less susceptible to smoking,” according to Thomas A. Wills, lead author and co-director of the Cancer Prevention and Control Program at the University of Hawaii.

Right now there's no federal regulation on the sale of e-cigarettes to minors, however, some states have taken the initiative in banning its sale to under aged youths. But while the FDA and health administrators continue to debate the pros and cons of e-cigarettes, the industry has a head start to market how slick you'll look vaping. Health professionals must feel like they're back to square one.