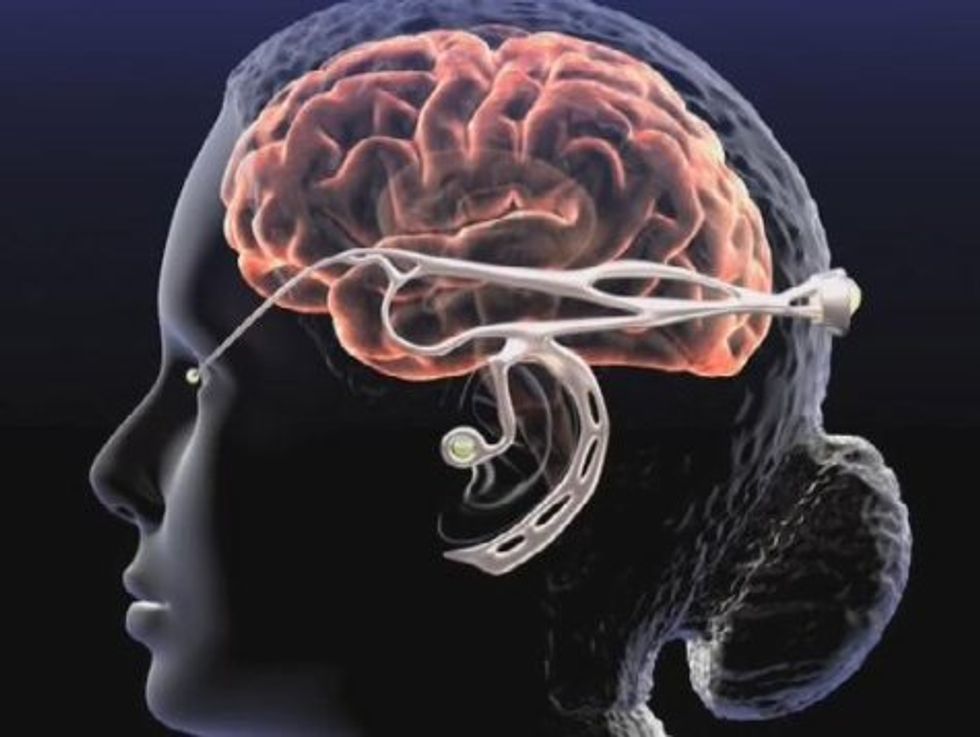 In our neuro-centric world-view, a person is equated to his brain. The neuro-discourse has penetrated all aspects of our lives from law to politics to literature to medicine to physics.  As part of this neuro-revolution, huge military funding is supporting neuro-scientific research; a huge body of basic knowledge on memory, belief formation, cognition and sensory modalities has been gathered over years, with fields like social neuroscience, cultural neuroscience, neuroeconomics and neuromarketing has emerging to improve our lifestyle; neurotechnological know-how from wireless non invasive technologies to neuroelectronic interfaces is exponentially advancing; and neurotechnology business reports indicates the rapid increase in neurotechnological start ups and the willingness of bringing neurotechnological products to the market.

In my opinion, all the aforementioned indicators indicate that neurotechnology can be potentially used to control social dynamics. At the same time, neuro-technological advancements could nourish our dissidence and creativity – potentially making us more revolutionary.

Revolution means the process of radical changes on all levels of the society and in all domains of knowledge. The revolutionary potential can be defined as the capability to realize these radical changes. The revolutionary potential is usually developed within an educational space that nurtures critical thinking, dissidence and creativity. But dissidence and creativity are both mandatory for the revolution to happen. Dissidence embodies the dissatisfaction about the status quo and the turmoil for change. Creativity is the engine that fuels our dissidence by giving us the ability to imagine alternative realities and transcend the strictures of our lived reality.

I would like to focus here on three neuro-technologies that Defense Advanced Research Projects Agency (DARPA) has been funding and actively pursuing research on it. The first project revolves around narrative networks. The project aims to detect potential security threats and to protect vulnerable people from being recruited by terrorists through analysis of people narratives in the context of national security. They want to study how story telling indoctrinates people with dangerous ideas and how does propaganda shape your mind. But on the other side, analysis of your narratives on social networks and in your daily life means that your stories and the way it is told can be owned, monitored by the authorities or might also fall into the hand of criminals. Another alarming issue is that your narratives are not anymore private, they are exposed which makes them vulnerable, makes them easy to be shaped by the state authorities. It can also be used to exclude certain people from the society based on their narratives as it will turn out that one has to conform to some narratives to be included in the society.  (See the discussion on DARPA’s project on narrative networks)

The second project centers on augmented cognition The augmented cognition program (AugCog) program aims to improve the performance of military personnel in the battlefield situation and to help them manage the barrage of data in order to control uncertain situations. Eventually, neuro-technologies developed in the context of augmented cognition can be used as part of educational neuroscience by controlling the type of information that students receive, by identifying incompetent students and in the more extreme case indoctrinating and enhancing particular aspects of reality on the expenses of other.

The third project revolves around autonomous robots that military (DARPA and the naval research laboratories) is funding and developing.  Outstanding preliminary results have been obtained which at the forefront of autonomous robots research (see below and here).

Moreover, DARPA Grand Challenge  has always been at the forefront of autonomous robotic vehicles.  It aims to convert a large fraction of the military into a robotic one that would be easier to control and to give orders. It will decrease the economical burden of having military personnel and will definitely reduce the losses in lives. On the other side, autonomous soldiers can be used to ruthlessly stop protest and crack down on citizens in case of civil disobedience.

In the light of the above three areas of defense research, I envision two possible scenarios through which ending the revolutionary potential of people can happen: one gradual by organized educational programs in the framework of “educational neuroscience”. Although it might be beneficial to train the brain in the most optimal way (as I mentioned beforehand in the context of augmented cognition), educational neuroscience can also be used to socially engineer the citizens to prevent any possible revolutionary uprising.  The “educational neuroscience” framework combines with the promotion of the “Experts culture” on a global scale to convert the population into “empty” individuals indoctrinated with fragmented knowledge acting locally to solve specific problems dissociated from any collective or global endeavors.

The second scenario is the use of brain control modalities to immediately end any revolutionary uprising. In addition to controlling your brain narratives and autonomous robotic soldiers as I mentioned beforehand, brain control modalities can also include neurotropic drugs that alter the psychological state of the individuals, neurotoxins that can control or stop the activity of the brain and neuromicrobiological agents that delivers pathogens to the brain thus rendering it dysfunctional.

It is high time to critically analyze the potential uses of these technologies in order to build an (neuro-)ethical framework that aims to maintain an integral viable society based on a non-neurocentric worldview and to prevent the use of neurotechnology in degrading the revolutionary potential of individuals. These developments call for the formation of revolutionary groups both in the intellectual domain to developing a critical theory of neuroscience and in the activism domain by disseminating these critical discourses to the public.

We should imagine, propose and create alternative realities where the implications of neurotechnology on our deepest values of freedom, thinking and intellect have to be critically assessed. As we are exposed everyday to how the global technological revolution will revolutionize our lives, it is important to prevent that revolution from destroying our most valued characteristics. We should always support global techno-anarchy revolution against the global techno-oppression.

Ahmed Al Hady is a Researcher at the Hybrid Reality Institute, a research and advisory group focused on human-technology co-evolution, geotechnology and innovation.