Optimism Is a Skill That Can Be Learned

Pessimists see bad events in their life as part of a permanent negative state of the world. The optimist is ready to get over the disappointing outcome, often using mantras like "this too shall pass." 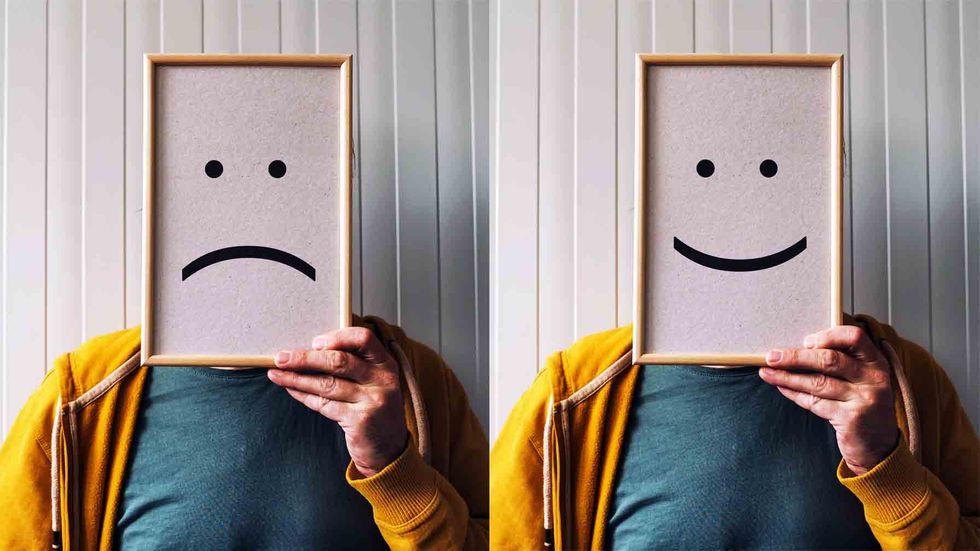 The health benefits to being an optimist are well established and substantial. Having a positive mental attitude can help you lead a more stable, less stressful emotional life, have stronger coping strategies and better health, with quicker recovery time from illnesses and lower mortality rates.

Optimists are also more well liked socially (at least in American society) and are better at initiating and maintaining interpersonal relationships.

So if being an optimist is so good for you, can avowed pessimists—people who don't feel too peachy about the future—change their outlook?

In a 2010 paper, the seminal positive psychologist Michael Scheier concludes that several behavioral therapies that can individuals transition to having a more optimistic viewpoint. The therapies work by getting people out of negative thinking patterns, especially patterns that prevent them from reaching their objectives.

“The logic behind these techniques is that people sometimes have patterns of negative cognitive distortions. Certain kinds of negative thoughts foster negative affect and lead people to stop trying to reach their goals. We would imagine the interior monologue of the pessimist is filled with such negativity. This class of therapies aims to make the cognitions more positive, thereby reducing distress and fostering renewed effort toward desired ends,” write the researchers. The techniques look to change the internal monologue of a pessimist to a more positive, result-oriented tone. Essentially hoping to train the pessimists to think and act like optimists. What's important is to make the person notice and examine the causes of their negativity.

Just being less downbeat, however, won’t make your outlook hopeful. While therapy is often aimed at reducing negative thoughts, not enough focus is placed on increasing positive ones. A 1996 study led by John H. Riskind from George Mason University recommended that positive perspectives need to be actively developed and people need help in changing outlooks that suppress optimism like “I don't deserve good outcomes.”

Studies on depression completed in 1999 and 2007 by Martin Seligman and a team of University of Pennsylvania researchers found that intervention was successful in decreasing moderate depression. They discovered this was brought on by changes in pessimism levels.

Dr. Seligman’s book “Learned Optimism: How to Change Your Mind and Your Life” outlines some specific strategies that can be used to combat your inner pessimist: become aware of negative thought patterns and challenge them, live more in the now, accept failures, look for alternative explanations for what seem like bad events.

According to Seligman, much of the difference between attitudes comes down to the conversation people have with themselves. Pessimists see bad events in their life as part of a permanent negative state of the world. The optimist is ready to get over the disappointing outcome, often using mantras like "this too shall pass." For the pessimist to move on, it would help to find a similar personalized mantra. Seligman also points out that another key distinction is in how pessimists internalize responsibility when things go south in their lives. They think it's all their fault, considering themselves "worthless, talentless, and unlovable.” Optimists, on the other hand, are more likely to blame other people or external circumstances for misfortunes.

In fact, this protection of their egos by optimists can lead to instances when the power of positive thinking has some limitations.

In Scheier’s paper from 2010, he notes that there can be such a thing as becoming a pessimist as a result of overly optimistic expectations. Expecting too much of yourself can lead to unmet goals and subsequent depression. A person in this condition would not necessarily benefit from more unbounded optimism but realistic achievable goals.