We’ve talked before about how learning to play music is great for your brain. By fostering better connections between different regions of the brain, playing music can help promote neural development and can support memory, spatial reasoning, and verbal intelligence. The studies that demonstrate these benefits rarely focus on the sort of music played, however, leaving it possible that the genre played has some influence as well.

In fact, a new study shows that the genre you learn might have an effect on how you handle the unexpected.

A small study by Emily Przysinda of Wesleyan University suggests that the brains of jazz musicians react differently to unexpected events than the brains of classical musicians or non-musicians. It also supports previous findings that learning to play music at all improves creativity.

In the study, 12 jazz musicians, 12 classical musicians, and 12 non-musicians were asked to carry out two tasks. The first was a simple creativity task where they were asked to make a list of all possible uses for a paper clip. They were then scored for both the originality of content, with more points being given for answers not appearing on any other participant’s list, and for the number of responses delivered in the time limit. 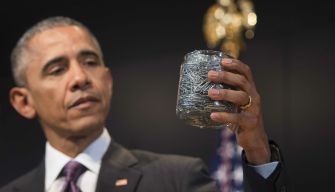 The test is more difficult than you’d think.

The second task was a little more interesting. The subjects were asked to listen to a chord progression of “either of high, medium, or low expectation, as predicted by musical theory” while connected to electroencephalography sensors. They were asked to rate how much they enjoyed what they heard.

The brain scans showed curious results. They indicated a relationship between the creativity of a subject and the strength of the P3b neural response. The exact nature of the response varied between not only the musicians and non-musicians but also between the jazz and classical players.

The authors themselves described the neuro findings as: 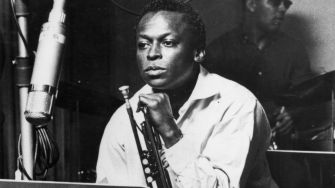 The researchers suggest that the jazz musicians, who study a musical tradition that places a high value on improvisation and often uses strange chord structures, were well trained to expect the unexpected.

While the classical musicians still showed the benefits of their musical studies when compared to the non-musicians they were more shaken by the unexpected chord changes than the jazz players were.

As usual, a study involving 36 people and another one with only 30 subjects cannot be thought of as definitive. They can, however, be seen as a starting point for further research. Given the slew of previous studies that show us how brain activity and structure can be affected by the study of music, the findings do fall in line with the accepted science in principle.

The benefits of learning music have been known for millennia. Today, with the benefits of neuroscience, we can understand exactly why and how it benefits us at a deeper level than ever before. While more evidence is needed before we can say that learning jazz offers distinct benefits that learning other genres can’t. I for one am going to break out my saxophone and try to learn to play Take Five.

Tags
brain trainingclassical musiccognitive developmentcreativityimprovisationjazzjazz musiclearning musicmusicmusic educationneuroscience
In this article
brain trainingclassical musiccognitive developmentcreativityimprovisationjazzjazz musiclearning musicmusicmusic educationneuroscience
Related
Neuropsych
Daily caffeine intake temporarily alters your brain structure
Compared to people who took a placebo, the brains of those who took caffeine pills had a temporarily smaller gray matter volume.
The Learning Curve
The art of asking the right questions
The right questions are those sparked from the joy of discovery.
Empowering growth
Creativity training: How to develop creative skills in employees
By developing skills like divergent thinking and collaboration in the workforce, creativity training has the potential to unlock revolutionary ideas.
Neuropsych
Study reveals why some people are more creative than others
Creative people are better able to engage brain systems that don’t typically work together.
Neuropsych
Why does touching an aching body part make it feel better?
Researchers are looking at neurons required for touch-mediated pain relief.
Up Next
Health
In a world first, scientists grow new ears for children with microtia
In a landmark study for the tissue engineering community, scientists have successfully grown and reconstructed new ears for children born with a birth defect.