Like any culture, Japan has its fair share of folkloric creatures. But to Westerners, whose folklore tends to recycle the same variations on witches, goblins, orcs, and dragons, Japan’s bestiary of creatures can be staggeringly varied. Out of the hundreds of yōkai—or supernatural beings—here’s just nine of the strangest. 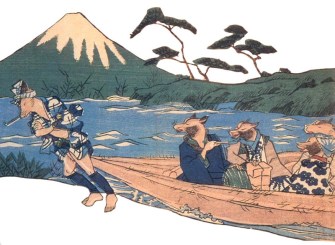 Starting the list off strong are the tanuki, or raccoon dogs. Tanuki are real animals native to Japan that look, as their name would suggest, like a cross between a raccoon and a dog. But the folkloric version of tanukis, bake-danuki, are much more mischievous and powerful. If you have ever been or go to Japan, you have or will undoubtedly run across statues of wall-eyed, chubby, friendly-looking creatures.

These are tanuki, but they’re a much more modern, friendly reincarnation. Tanuki in the past were tricksters who possessed the ability to shapeshift and stretch their massive scrotums (yes, really). Depictions of tanuki show them using their scrotums for anything from makeshift watercraft to making giant, comical faces. 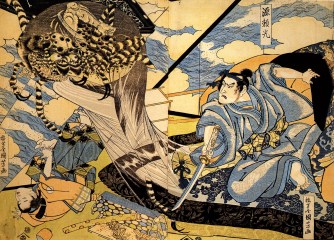 A decidedly less delightful yōkai is the jorogumo. When an orb-weaver spider turns 400 years old, it grows horrifically large and becomes capable of transforming into a beautiful woman to lure men to later eat. Since the jorogumo’s origin story involves real spiders, the word is also used to refer to several species of spiders, who, if they could live to be 400 years old, would ostensibly become this unpleasant creature. 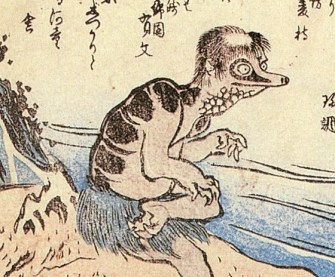 Humanoid reptiles named kappa are said to inhabit Japan’s ponds and rivers. They are short and scaly, have beaks for mouths, and have a bowl on top of their heads that contains water. If a kappa’s bowl is emptied on dry land somehow, they’re said to lose their magical powers. Although they’re generally malevolent, kappa are supposed to be very polite. If a passer-by bows to them, they’ll have to bow back, losing the water in their bowls. If that passer-by refills the bowl, they’ll have made a friend and ally for life.

Kappa drown children, drink their victim’s blood, or sexually assault woman, but they also have three obsessions. The first are cucumbers, which they apparently can’t resist. The second is sumo wrestling. And the third is obtaining shirikodama, jewels that contain the soul, located—where else?—in people’s anuses. 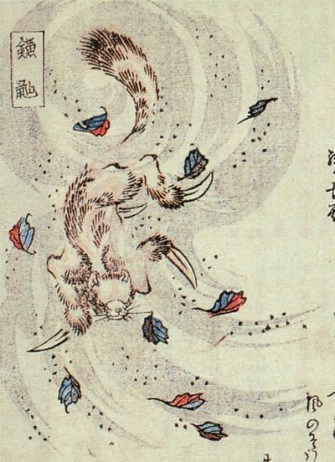 The kamaitachi are weasels with sickle-like nails on their paws. When they attack people, they ride on whirlwinds, knocking their victims down before giving them a quick slash on their ankles or calves. Allegedly, the creatures’ sickles contain a kind of medicine that stops the wound from bleeding or hurting, which is at least the polite thing to do after knocking somebody down and cutting them up. The pain is said to set in later, however, after the numbing medicine has worn off. For some unknown reason, only men get attacked by kamaitachi. 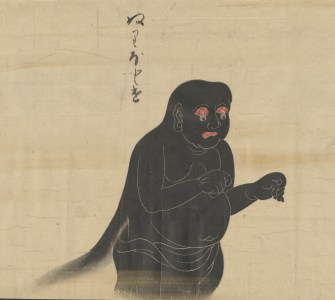 The word nuribotoke means ‘lacquered Buddha’ or ‘painted Buddha’ due to the creature’s black skin and minor resemblance to the Buddha, mainly because of its large stomach. Their eyeballs dangle out of their sockets, and they have a long tail that resembles a catfish’s tail. They also stink.

Japanese homes and temples often contain a Buddhist shrine called a butsudan, a kind of ornate cabinet containing a small shrine within. Butsudans stay open during the day but are closed at night since it’s believed that spirits can use it to enter the material world. When a butsudan is poorly maintained or left open at night, nuribotokes can enter homes, sometimes appearing as Buddhas who give false prophecies or dance around at night. 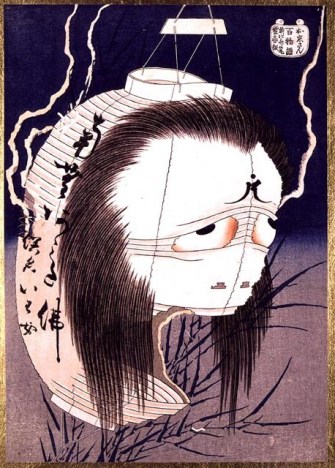 A lantern that’s become a tsukumogami.

Tsukumogami is an umbrella term for tools or household objects that, after their 100th “birthday,” gain a soul. Generally, they’re depicted as friendly, but tools that were thrown away or misused are thought to become vengeful toward their previous owners. You could have a possessed futon (with the delightful name of a boroboroton), lantern (chōchin-obake), umbrella (kasa-obake), or any number of items. 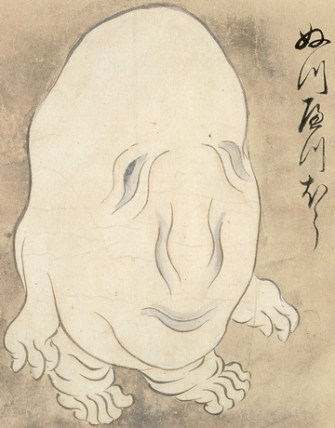 The word nupperi is a slang term used to refer to a woman who applies too much makeup, which is the likely origin for this creature’s name. Nuppeppo are blob-like creatures with the suggestion of a face beneath their amorphous fat. Folklore describes them as being mostly harmless aside from their disgusting odor, which smells like rotting flesh. Generally, they appear at night near graveyards and temples. Some sources say that if a human can catch the quick-moving creature, kill it, and manage to eat the nuppeppo‘s disgusting flesh, they might gain eternal youth or cure a serious disease. 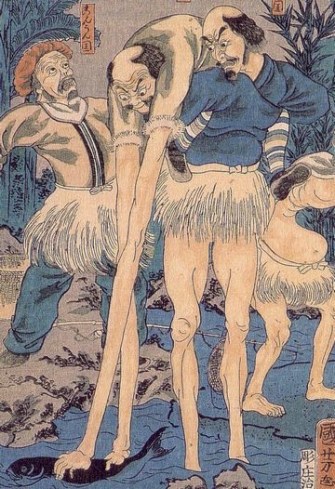 These are actually a pair of yōkai: ashinaga (“long legs”) and tenaga (“long arms”). As their names would suggest, these creatures resemble men with either long legs or long arms. The pair work together to catch fish: ashinaga wades into deep waters, and tenaga uses his long arms to catch the fish below. 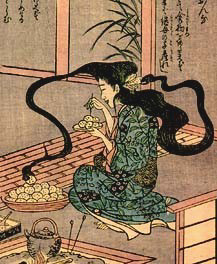 Futakuchi-onna appear as regular woman, although they have a concealed mouth on the back of their heads. The futakuchi-onna uses her hair, which act as tentacles, to grab nearby food and feed her second mouth. In most folkloric tales, the futakuchi-onna was the wife of a miser who rarely supplied her with food. Eventually, the wife sprouted a second mouth that demanded food, spitting obscenities and screaming otherwise, thereby transforming into a futakuchi-onna.

Tags
artasiabuddhismhistorypaintingreligionstorytelling
In this article
artasiabuddhismhistorypaintingreligionstorytelling
Related
High Culture
Why are flood myths so common in stories from ancient cultures around the world?
Could the prevalence of flood myths around the world tell us something about early human migration or even the way our brains work?
The Future
Space travel will radically change human psychology and spirituality
We are traveling in a realm that once exclusively belonged to the gods. Space travel will force humanity to rethink everything.
The Past
The Wild West was lawless and chaotic — and the police helped keep it that way
Lawmen and outlaws were often the same people.
Thinking
6 great philosophers and how they used their political power
Most philosophers merely contemplate the world, but what about the ones who actually tried to change it?
The Past
Ancient migration: Bering Strait land bridge from Asia to North America was not a one-way road
Ancient humans crossed the Bering Strait land bridge from Asia into North America. But some of them went back.
Up Next
Hard Science
Expecting the unexpected
Why we must build large particle accelerators.