Nature in its unbounded glory and awe-inspiring beauty has been a preeminent muse for humans for as long as we’ve existed. Revered, feared and idealized, we cannot escape its ever present grasp on anything we do. For many, the word nature usually conjures up visions of vast green pastures, forested grooves and a more simpler and idealistic way of life. While this clichéd view does have its place in the literature on nature, the subject has been explored in many deeper and more fascinating ways.

We all interpret the world through a unique lens of cultural upbringing, varying mental and physical dispositions and knowledge of reality. It is through this diverse opinion of experience that we shine light on our truth and the deeper meaning of existence. Nowhere is this more beautifully done than when great artists and poets muse on the motherseed of life itself – nature.

Here are some singular quotes and passages on nature from a wide perspective of greats throughout the ages.

On the interconnectedness of all

We do not “come into” this world; we come out of it, as leaves from a tree. As the ocean “waves,” the universe “peoples.” Every individual is an expression of the whole realm of nature, a unique action of the total universe. – Alan Watts

Alan Watts, philosopher and early popularizer of Eastern philosophy spent much of life stressing this point of existence. The inescapable fact that all nature is one and together. Separation is merely an illusion. 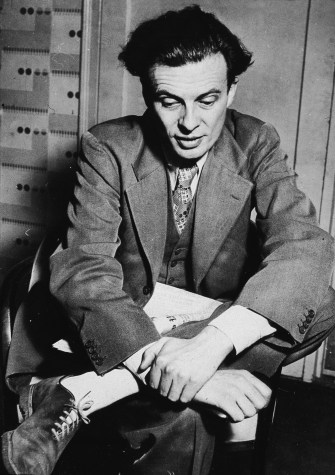 The sanctity of nature

Modern man no longer regards nature as in any sense divine and feels perfectly free to behave toward her as an overweening conqueror and tyrant. – Aldous Huxley

Aldous Huxley saw the immensity of nature overwhelming. He also lamented in the fact that it’s superior and all-encompassing being was overlooked, which made it much easier to diminish its significance for all.

Cutting to the core of life

After you have exhausted what there is in business, politics, conviviality, and so on — have found that none of these finally satisfy, or permanently wear — what remains? Nature remains.
– Walt Whitman

Walt Whitman was the quintessential man of the groove. Leaves of Grass, his 19th-century poetic epic, traversed far and wide on the trascendental meaning of it all.

How we view nature through science

Here, then, is the genesis of two of the most important historical premises of Western science. The first is that there is a law of nature, an order of things and events awaiting our discovery, and that this order can be formulated in thought, that is, in words or in some type of notation. The second is that the law of nature is universal, a premise deriving from monotheism, from the idea of one God ruling the whole world.
― Alan W. Watts

Alan Watts was fascinated in the way in which we delude ourselves through language and complicate what he believed was a simple fact of being. 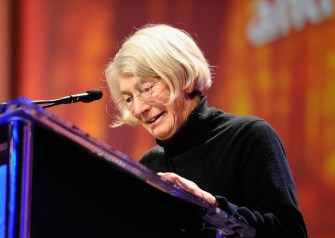 The reason for being

Mary Oliver was an incredible contemporary force of poetry. Her simple yet poignant observations of the wild world around her won lots of praise from many readers and the poetic community at large. Ms. Oliver stands with many of the great American Transcendentalists and their mystical pronunciations of the natural world around them.

“Snow was falling,
so much like stars
filling the dark trees
that one could easily imagine
its reason for being was nothing more
than prettiness.”
By Mary Oliver

Nature as the ultimate teacher

Nature is the source of all true knowledge. She has her own laws. She has no effect without cause nor invention without necessity.
– Leonardo da vinci

One of the greatest artists of all times was humbled by this undeniable fact. All stems from the well of nature. There is no greater artist than nature herself.

Science’s assault on the mystery of nature

Edgar Allan Poe is probably more well-known for his macabre gothic fiction. But this sonnet, a passage from his collected works explores what it means to unravel the mysteries of nature through science.

Science! true daughter of Old Time thou art!
Who alterest all things with thy peering eyes.
Why preyest thou thus upon the poet’s heart,
Vulture, whose wings are dull realities?
How should he love thee? or how deem thee wise,
Who wouldst not leave him in his wandering
To seek for treasure in the jewelled skies,
Albeit he soared with an undaunted wing?
Hast thou not dragged Diana from her car,
And driven the Hamadryad from the wood
To seek a shelter in some happier star?
Hast thou not torn the Naiad from her flood,
The Elfin from the green grass, and from me
The summer dream beneath the tamarind tree?

Humanity’s place in the great chain of being

Jane Goodall changed the way we view ourselves in this world. She is by and large the world’s premier expert on chimpanzees. Goodall has spent her entire life and a good 55-year study on the social and natural dynamics of wild chimpanzees. Throughout the years she’s given us knowledge that has humbled and dignified our place with the rest of the great apes.

Remarking on her time with the chimpanzees, Goodall found it an eye opening experience for herself spiritually.

I became totally absorbed into this forest existence. It was an unparalleled period when aloneness was a way of life; a perfect opportunity, it might seem, for meditating on the meaning of existence and my role in it all. But I was far too busy learning about the chimpanzees’ lives to worry about the meaning of my own….

All the time I was getting closer to animals and nature, and as a result, closer to myself and more and more in tune with the spiritual power that I felt all around. For those who have experienced the joy of being alone with nature there is really little need for me to say much more; for those who have not, no words of mine can even describe the powerful, almost mystical knowledge of beauty and eternity that come, suddenly, and all unexpected. 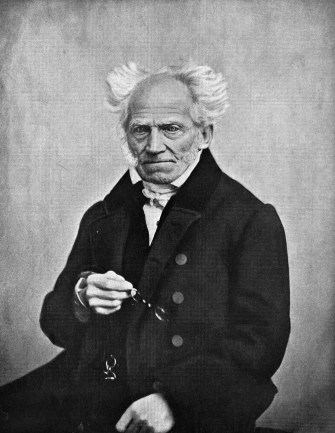 Nature shows that with the growth of intelligence comes increased capacity for pain, and it is only with the highest degree of intelligence that suffering reaches its supreme point. – Arthur Schopenhauer

Arthur Schopenhauer, always a pessimist stickler for the inherently bad in life seemed to view intelligence as a paradoxical curse gifted from nature.

Peace in the silence

“There is a pleasure in the pathless woods,

There is a rapture on the lonely shore,

There is society, where none intrudes,
By the deep sea, and music in its roar:
I love not man the less, but Nature more”
― Lord Byron

The eponymous Byronic Hero himself found solace in the silence away from man and alone in the depths. Taken from Byron’s Childe Harold’s Pilgrimage, this is a beautiful quote on the sanctity of being alone.

A cure for civilization

We need the tonic of wildness… At the same time that we are earnest to explore and learn all things, we require that all things be mysterious and unexplorable, that land and sea be indefinitely wild, unsurveyed and unfathomed by us because unfathomable. We can never have enough of nature.”
― Henry David Thoreau

Thoreau knew what spending time outdoors could do for the body and soul. His advice is more relevant than ever.

Ignorance in the face of nature

We still do not know one thousandth of one percent of what nature has revealed to us. – Albert Einstein

Another genius humbled before nature. Einstein understood that all of our combined knowledge barely scratched the surface on the nature of being.

Tags
artLiteraturenaturalistnaturephilosophyquotesscience
In this article
artLiteraturenaturalistnaturephilosophyquotesscience
Related
13.8
Why the origin of life and the Universe itself might be forever unknowable
There might be a hard limit to our knowledge of the Universe.
Thinking
Bonhoeffer’s “theory of stupidity”: We have more to fear from stupid people than evil ones
Evil is easy to identify and fight against; not so with stupidity.
High Culture
The most controversial painting in Russian history
Created in the 1880s, “Ivan the Terrible and His Son Ivan,” which depicts a father murdering his son, divides Russians to this day.
Thinking
Can’t move on? Here’s what the Buddhist idea of anattā teaches about letting go
Give yourself (and others) a break.
Thinking
Physics is in crisis. Quantum cosmology can save it and point us toward the theory of everything
“Once quantum mechanics is applied to the entire cosmos, it uncovers a three-thousand-year-old idea.”
Up Next
Think Again Podcasts
Douglas Rushkoff – It’s not the technology’s fault
It’s up to us humans to re-humanize our world. An economy that prioritizes growth and profits over humanity has led to digital platforms that “strip the topsoil” of human behavior, whole industries, and the planet, giving less and less back. And only we can save us.