Preliminary findings from a new study show that Bacille Calmette-Guérin (BCG), a vaccine given to kids in countries where tuberculosis is prevalent, might be able to reduce COVID-19 mortality rates.

Analyzing globally-collected coronavirus mortality data, the researchers made adjustments for income, education levels, medical services, population density, age, and more. Across all variations, they saw a clear relationship where countries which had higher rates of BCG vaccinations also had lower peak mortality rates related to the coronavirus pandemic.

The study was spearheaded by Professor Luis Escobar of Virginia Tech as well as Alvaro Molina-Cruz and Carolina Barillas-Mury from the National Institutes of Health (NIH).

Escobar, who teaches as part of the Department of Fish and Wildlife Conservation, said that the correlation they found does have some caveats.

“In our initial research, we found that countries with high rates of BCG vaccinations had lower rates of mortality,” explained Escobar. “But all countries are different: Guatemala has a younger population than, say, Italy, so we had to make adjustments to the data to accommodate those differences.”

In the example of Germany, the scientists were able to compare two population samples – the East German, which had older periods of BCG vaccinations (1951-1975) and the West German, which started and ended later (1961 – 1998). The data demonstrated that older East Germans were more protected from COVID-19 than their West German counterparts, exhibiting a mortality rate that was 2.9 times lower. This correlated to the possible efficacy of the BCG vaccine. 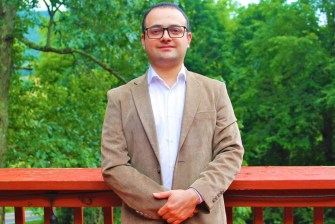 “The purpose of using the BCG vaccine to protect from severe COVID-19 would be to stimulate a broad, innate, rapid-response immunity,” shared Escobar, adding that previous evidence already pointed to BCG vaccines offering cross-protections not just for tuberculosis, but for a multitude of viral respiratory illnesses.

The vaccine gets its name from French microbiologists Albert Calmette and Camille Guérin, who developed it in 1919. It is widely used around the world, with 130 million people receiving it every year. It is, however, rarely given in the United States.

As the analysis is preliminary, more research is necessary to support the results and to recommend a course of action. Some clinical trials are currently underway to further investigate the role BCG vaccine might play in reducing the severity of COVID-19. The researchers hope that if further research supports the findings, the BCG vaccine might at least offer short-term protection from getting a bad case of the coronavirus. This can be especially helpful to frontline medical workers and people with compromised immune systems.

You can read the new study in the Proceedings of the National Academy of Sciences (PNAS).

A food safety researcher explains another way to know what’s too old to eat.
Health

Scientific journals, which are supposed to be the sacred scriptures of academia, are often full of shoddy research and misinformation.
Up Next
The Present

To empathize or scream, that is the question.