Some would have it otherwise, however. In some cultures and countries, there are strong historical and contemporary preferences for males over females. Such deep-rooted preferences can produce damaging social and even economic disparities that are difficult to remedy. Nonetheless, would-be parents have engaged for eons in homespun/folk rituals meant to skew the odds in favor of male children, and fertility clinicians have attempted, through expensive and risky processes, to separate out male-producing sperm for in vitro use.

Both groups’ attempts have been largely thwarted by lack of an easy, affordable, and safe way to tell whether a sperm is an X or a Y carrier, or a way to increase the odds of male offspring. Until now, that is.

According to a discovery by three researchers from Hiroshima University, there are genes unique to X sperm that can be manipulated to make them swim more slowly than Y sperm, making them quite simple to identify by fertilization clinicians, and presumably less likely in any event to win the race to fertilize an ovum.

Their research was published this month in PLOS Biology. 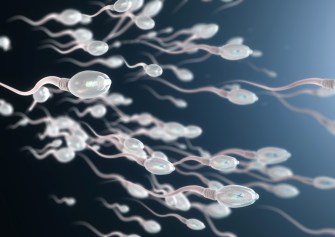 The study, led by Masayuki Shimada, found that there are some 500 genes active in X-bearing sperm that aren’t present in the Y variant. Of the 500, 18 encode for in receptors. The scientists discovered that binding a chemical called resiquimod to two of these receptors — Toll-like receptor 7 and 8 (TLR7/8) — would cause the X sperm to slow down and swim more slowly than the Y sperm.

Beyond the alteration in motility due to low energy production, the treated sperm were found to be otherwise unimpaired. They also found that simply clearing them of resiquimod reversed the chemical’s effect.

To determine if this motility change actually meant anything for female/male fertilization rates, they treated mouse sperm with resiquimod to separate the slow and fast swimmers. Using only the faster swimmers, artificially inseminated litters were 90 percent male. Using only the slower swimmers, they were 81 percent female. Not completely black and white results, but clearly striking. 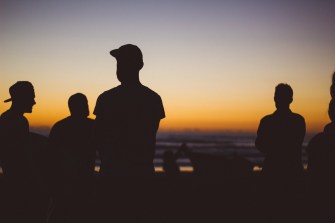 In an article accompanying the study, Shimada says, “The differential expression of receptor genes by the two sex chromosomes provides the basis for a novel and potentially highly useful method for separating X and Y sperm, and we have already succeeded the selectively production of male or female in cattle and pig by this method.” He adds, “Nonetheless, use of this method in human reproductive technology is speculative at the moment, and involves significant ethical issues unaffected by the utility of this new technique.”

If the study’s findings do carry over to humans, the ramifications could be troubling. Marketing of over-the-counter products that slow down X-bearing sperm — decreasing the odds of female offspring — could become available in places with a strong pro-male bias. As genomics expert Alireza Fazeli of Estonia’s Tartu University in Estonia told Le Page, “I am concerned about the social impact of this. It’s so simple. You could start to do it in your bedroom. Nobody would be able to stop you from doing it.” At the same, they may lead to healthier pregnancies for for families with a genetic history of sex-linked birth defects.

Animal-food production industries may also see this as a useful discovery. For the dairy industry, for example, being able to reliably produce females — by pre-sorting sperm prior to human-assisted reproduction — could arguably be more humane, sparing young male calves from short, cruel, lives of being raised as veal.

Tags
biologygendergeneticshuman bodypopulationpregnancySex
In this article
biologygendergeneticshuman bodypopulationpregnancySex
Related
Health
COVID, RSV and the flu: A case of viral interference?
Viruses, it turns out, can block one another and take turns to dominate.
Neuropsych
Shopping with your nose: How body odors influence your buying behavior
Sniffing out a deal.
The Past
Ceramics, corn cobs, and other strange things we used before toilet paper
Some objects were softer than others.
Health
Visualizing cells at previously impossible resolutions provides vivid insights into how they work
Cryo-electron tomography, or cryo-ET, is the future of cell research.
Neuropsych
Why does touching an aching body part make it feel better?
Researchers are looking at neurons required for touch-mediated pain relief.
Up Next
Smart Skills
3 rules for choosing an archnemesis
Eric Weinstein explains why choosing a nemesis is both energizing and necessary for success.