Screenshots of the virtual town (left), graph indicating the positions of participants between the two tests (right).

According to a study done by McGill University out of Montreal, and recently published recently in Nature, your sense of smell and your sense of direction are actually linked. It had been thought they were before (the ‘olfactory spatial hypothesis’ goes back to at least 1971), but no conclusive study had been done until now.

57 participants were asked to navigate a virtual town. They were given 20 minutes to familiarize themselves with it, essentially build a cognitive map, and then quizzed on how to get from one virtual landmark to another. 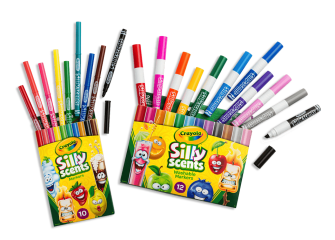 In another part of the test, the 57 participants were asked to smell 40 unlabeled scented markers and to guess which smell was which.

Turns out, those who had the better sense of smell were also the best navigators.

The tests, while seemingly unrelated, actually trigger overlapping brain areas. It has to do with the mOFC, or medial orbitofrontal cortex, and the hippocampus. The thicker the left side of the mOFC, the better the person is at spatial memory and the thicker the right side of the hippocampus, the better the peron’s sense of smell. As the study puts it, “greater mOFC cortical thickness is associated with both fewer errors during spatial learning and better olfactory identification.”

To follow up their findings, the research team also conducted a brain lesion study on a small sample of people whose spacial memory and sense of smell is impaired by frontal lobe damage that affects the mOFC brain group, comparing them against a control group.

The authors write: “… we showed for the first time that mOFC damage affects performance on both olfactory identification and spatial memory tasks. These deficits were not explained by general cognitive impairment, as patients with mOFC damage performed similarly to control participants on standard neuropsychological tests.” 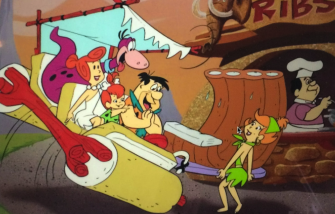 The study suggests this could go back to the days of our earliest ancestors, when catching a faint whiff of wild animal meant that dinner or danger was nearby.

“Our findings reveal an intrinsic relationship between olfaction and spatial memory that is supported by a shared reliance on the hippocampus and medial orbitofrontal cortex. This relationship may find its roots in the parallel evolution of the olfactory and hippocampal systems.”

So maybe there’s some truth to the Toucan Sam adage, “follow your nose“. Bonus fact: Did you know your nose can actually detect about 1 trillion different types of smells?

Here’s what it means for the field.
Up Next
The Present