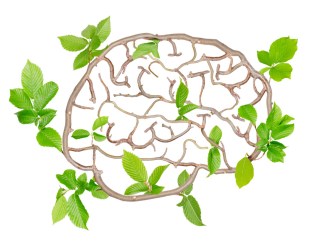 Neurogenesis is still possible well into adulthood in two very important parts of the human brain. Image by EtiAmmos on Shutterstock

Although most people are aware that aging or bad habits such as heavy alcohol use can contribute to the deterioration of our brains, not many of us give thought to how we can generate new brain cells.

Neurogenesis, the birth of neurons from stem cells, happens mostly before we are born – as we are formed in the womb, we are generating most of what we need after birth.

After birth, however, neurogenesis is still possible in two parts of the brain:

Of course, when this information first came to light back in the 1960s, the next natural question was: How do we promote neurogenesis in those areas where it’s still possible?

Researchers today believe there are activities you can do (some of them may be things you already do on a daily basis) that can promote neurogenesis in your brain.

Why is it important to promote the growth of new neurons in adulthood?

We produce an estimated 700 million neurons per day in the hippocampus – this means by the time we reach the age of 50, we will have exchanged the neurons we were born within that area of the brain with new (adult-generated) neurons.

If we don’t promote this exchange with the growth of new neurons, we may block certain abilities these new neurons help us with (such as keeping our memory sharp, for example). 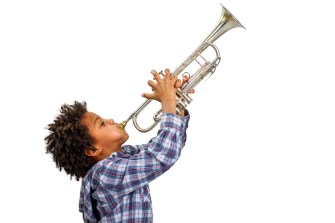 A 2015 Stanford study examined the link between intermittent fasting and neurogenesis. Calorie restriction and fasting can not only increase synaptic plasticity and promote neuron growth but it can also decrease your risk of developing neurodegenerative diseases and boost cognitive function.

Two of the most common ways you can intermittently fast are:

While traveling is something many of us enjoy — scenic routes and new fun experiences — these things also promote neurogenesis while we’re on vacation. Paul Nussbaum, a clinical neuropsychologist at the University of Pittsburgh, explains that the mental benefits of traveling are very clear.

“When you expose your brain to an environment that’s novel and complex or new and difficult, the brain literally reacts. Those new and challenging situations cause the brain to sprout dendrites (dangling extensions) which grow the brain’s capacity.”

The mental health benefits of music have long been studied, but did you know that learning a new instrument can promote new neuron growth?

According to this 2010 study, learning to play a new musical instrument is an intense, multisensory motor experience that requires that acquisition and maintenance of skills over your entire lifetime – which of course, promotes the new formation of new neural networks.

When is the best time to begin learning a new instrument? Childhood, of course.

“Learning to play a new musical instrument in childhood can result in long-lasting changes in brain organization,” according to the study mentioned above.

While learning an instrument in adulthood will also promote neurogenesis, children who began training with a musical instrument before the age of 7 have shown that they have a significantly larger corpus callosum (the area of the brain the allows communication between the two hemispheres of the brain) than many adults.

A study from Emory University showed there was an increase in ongoing connectivity in the brains of participants after reading the same (fiction) novel.

In this study, enhanced brain activity was observed in the region that control physical sensations and movement. Reading a novel, according to lead researcher Gregory Berns, can transport you into the body of the protagonist.

This ability to shift into another mental state is a vital skill that promotes healthy neurogenesis in those areas of the brain.

Tags
agingbiologybraincognitive scienceemotionsevolutionexplorationgenetic engineeringhealthhuman bodylearningmemoryneurosciencepersonal growthsciencesenses
In this article
agingbiologybraincognitive scienceemotionsevolutionexplorationgenetic engineeringhealthhuman bodylearningmemoryneurosciencepersonal growthsciencesenses
Related
Neuropsych
Daily caffeine intake temporarily alters your brain structure
Compared to people who took a placebo, the brains of those who took caffeine pills had a temporarily smaller gray matter volume.
13.8
Why the origin of life and the Universe itself might be forever unknowable
There might be a hard limit to our knowledge of the Universe.
Health
COVID, RSV and the flu: A case of viral interference?
Viruses, it turns out, can block one another and take turns to dominate.
Neuropsych
Shopping with your nose: How body odors influence your buying behavior
Sniffing out a deal.
The Past
Ceramics, corn cobs, and other strange things we used before toilet paper
Some objects were softer than others.
Up Next
Life
Atomic bomb tests help scientists finally date sharks
Nuclear weapons, whale sharks, and how to use both to make eco-tourism more sustainable.