And yet: the Yankees are making money. Even though they haven’t won a title in a decade, their revenue has risen steadily since 2001. Why? A team doesn’t have to rely on a championship in order to make money. In a 2016 paper written by academic John Charles Bradbury, two points were made: winning does, indeed, help “sell” the brand — regardless of whether they score championships. It also helps if a team is based in a strong market.

This is the case for teams in the MLB, the NBA, and the NHL, but not as much for those in the NFL.

Before we explain why strong relationships between teammates and athletes’ families are so important, in terms of keeping players motivated to win, it’s worth taking into account the average length of a title drought.

In terms of game attendance across sports, and its impact on revenues, much of it depends on amenities as it does the performance of the players. Bradbury, notes:

“Previous estimates of the impact of stadium quality on fan attendance have found a novelty or ‘honeymoon’ effect from new stadiums that boosts revenue for between five and ten years, because fans are attracted to updated amenities and a new experience.” The exception to this rule, it seems, are NFL games. 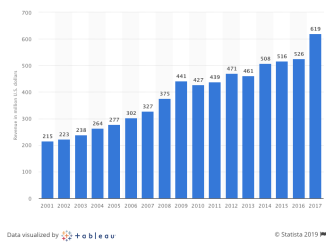 Why is the NFL such an outlier in some of the data we’ve observed? Bradbury again:

The NFL is also a syndicate that shares revenues amongst teams and gleans its profits from a centrally dispersed television broadcast.

“In the NFL, winning does not appear to provide any marginal financial gains and thus owners have no financial incentive to improve team quality.”

So what improves team quality? Does a large salary incentivize players to win? It’s worth noting that a large salary is one of the most noticeably clear benefits to be gained from working in a monopsonic system, and that — until 1978 and the emergence of Dave Parker — the idea of rich athletes was something of a novel one.

However, money doesn’t always buy success either; think of the success of Leicester City F.C. or the emergence of moneyball in Oakland. Think of the fact that — in order to give a team in the NFL an 80 percent win-rate — you’d have to outspend the average league salary by 174 percent.

One argument, from Christopher Maier of the University of Bayreuth, and others that cut against the grain, notes that the “integration of family and private problem support… show strong positive effects on athletes’ job satisfaction.” Indeed, the finding, which correlates with athletes’ motivation to win, echoes some of the comments Paul George made when he spoke about why he decided to re-sign with the Oklahoma City Thunder.

On Media Day for the current 2018–2019 season, George noted the quality of the relationships he’d formed. “Almost felt like I’d been here for a while,” he said.

Paul George is currently playing the best basketball of his life. And that’s why you should invest in the sport (or any sport) and go see a game: he’s an elite athlete, playing for a that team he’s integrated in. And that matters. When the NFL brought in replacement players — “young men in limbo” — during the 1987 strike, attendance to games dropped.

So we have Paul George on fire. And even though the Thunder haven’t won a championship since 1979, revenues are going up.

A study finds that older adults who cannot balance on one foot for ten seconds have an 84% higher risk of death than those who can.
Up Next
Thinking

Buddhism and Western science converge on a number of ideas.