Twentieth-century science was supposed to change everything. Indeed, thanks to vaccinations, antibiotics, and improved sanitation, humans thrived like never before. Yet in that mix was thrown pharmacological treatments for mental health disorders. On that front, little progress has been made.

It can be argued—it is being argued, in a new paper in American Journal of Physical Anthropology—that we’re regressing in our fight against mental health problems. As Kristen Syme, a PhD student in Evolutionary Anthropology, and Washington State University anthropology professor Edward Hagen argue, psychopharmacological treatments are increasing alongside mental health disorder diagnoses. If the former worked, the latter would decrease.

There are numerous problems with the current psychiatric model. Journalist Robert Whitaker has laid out the case that antidepressants, antipsychotics, and other pharmacological interventions are the real culprit behind chemical imbalances in the brain—a psychiatric talking point that’s been challenged for over a half-century. Patients suffering from minor anxiety and depression are placed on ineffective drugs, often being placed on a cocktail of pills. With many consumer advocacy groups being funded by pharmaceutical companies, we’ve reached a tipping point in mental health protocols.

As Syme and Hagan write, consumer advocacy groups are not the only compromised organizations. One review of 397 clinical trials discovered 47 percent of these studies reported at least one conflict of interest. As Whitaker has written about before, when pharmaceutical companies don’t like the results of their trials, they’re scrapped until more suitable results are recorded.

Humans proliferated as never before during the last century, yet technological innovation does not always equate to better outcomes. We live by a perpetual illusion of progress. Severing ties with nature has had profound consequences on our health. This drives to the heart of Syme and Hagan’s paper: brain chemistry is heavily influenced by society. Sure, some people are born with genetic-based developmental dysfunctions. This doesn’t account for increasing numbers of people on Zoloft and Xanax and dozens of other medications today.

EarthRise 91: Do antidepressants create more mental illness than they cure? (with Robert Whitaker)www.youtube.com

Physical anthropology and evolutionary biology are essential fields of study when contemplating all facets of health. Historical perspective is important. The authors point to a previous battle: in 1900, roughly half of all deaths in the U.S. were attributed to infectious diseases. A century later, the number of deaths due to such diseases was negligible.

That’s because the etiologies of a number of infectious diseases were discovered thanks to germ theory. There has never been a holistic etiology of anxiety or depression, however. Psychiatrists, in coordination with pharmaceutical companies, exploited that fact by creating and marketing a singular etiology—the chemical imbalance theory—and selling the world on pharmacology.

Think about the basic framework of this proposition: an animal that has evolved for millions of years, roughly 350,000 in the present form, experiences its greatest century to date in terms of population expansion, while simultaneously billions of our brains are suddenly chemically compromised. This narrative boggles the mind, yet it’s exactly what’s being sold by psychiatrists and medical doctors around the world.

As the authors write, the chemical imbalance theory, first widely discussed in the late forties, became part of a public health campaign designed to destigmatize mental health issues in the aughts. In reality, the campaign accomplished the opposite.

“First, a systematic review found that an endorsement of biogenetic causes of mental disorders does not reduce stigma and, in fact, might even increase stigmatizing attitudes among mental health professionals and the mentally ill themselves. Second, there is little evidence that psychopharmaceuticals correct specific chemical imbalances or neurobiological deficits.”

While mental health is a broad term with numerous categories, the authors divide disorders into four subsets: 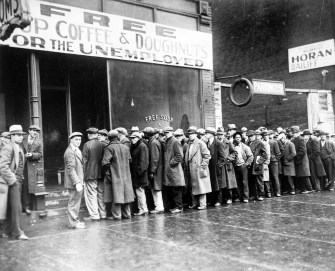 The first two account for many common diseases, such as dementia, autism, and schizophrenia. The second pair represent disorders that modern psychiatry has exploited. By failing to consider environmental, racial, economic, familial, and societal forces, we’ve been sold a story that we’re broken from birth.

This story serves a purpose: the global antidepressant industry is expected to reach $16B by 2023. Thanks to concerted marketing and lobbying efforts, an uptick in prescriptions coincides with an increasing number of disorders—and increasing numbers of children on these drugs. When one market is exploited, create another.

Pharmacological interventions for Parkinson’s, Alzheimer’s, and autism might be valuable to patients of these disorders. The problem isn’t with drug development, which is a necessary field of research for combating such confounding diseases. As has long been known—since at least the 19th century, though likely much longer—most anxiety and depression alleviates with time, especially when interventions such as proper diet, exercise, and improved economic conditions are put into place. As Syme and Hagan conclude,

“A final group of disorders, such as anxiety, depression, and PTSD, have low heritability, are caused by adversity, and involve symptoms that seem to be adaptive responses to adversity. Because they are relatively common throughout adult life, they account for a substantial fraction of disease burden attributable to mental illness. These might not be disorders at all, however, but instead aversive yet adaptive responses to adversity.”

That is, anxiety and depression are largely social problems, not medical disorders. The authors write that it would be unethical to prescribe pain medication for a broken bone without first setting the bone. Why then do psychiatrists and doctors churn out scripts without identifying the source of suffering that brought the patient into the office in the first place?

Though we don’t yet have reliable etiologies of most mental health disorders, the authors conclude that they could be within reach. Their discovery relies not on brain chemistry alone, but on epigenetics, behavioral observation, cross-population comparisons, cultural transmission, evolutionary theory, and much more.

Humans are complex animals. Perhaps Occam’s razor isn’t as sharp as we believe.

Tags
Anthropologyanxietydepressionmedical researchmental healthsociology
In this article
Anthropologyanxietydepressionmedical researchmental healthsociology
Related
Thinking
Bonhoeffer’s “theory of stupidity”: We have more to fear from stupid people than evil ones
Evil is easy to identify and fight against; not so with stupidity.
Health
What decades of research tells us about living the good life
Warm relationships protect your mind and body from the slings and arrows of life.
The Present
Why China’s shrinking population is a big deal
There is a strong case to be made that the China has moved too slowly to reverse the effects of its one-child policy.
The Learning Curve
The world must learn from “karoshi,” Japan’s overwork epidemic — before it’s too late
It is estimated that as many as 488 million people worldwide were exposed to dangerously long working hours in 2016.
Neuropsych
The trouble with medicating mental illness
Has the “age of psychopharmacology” shrunk society’s sense of responsibility for mental health?
Up Next
Starts With A Bang
In Quantum Physics, Even Humans Act As Waves
Quantum physics just keeps getting weirder, even as it gets more fascinating.“Is it a wave or is it a particle?” Never has such a simple question had such a complicated […]