We’ve often heard of a woman’s “biological clock” ticking as the age window approaches during which conception, a safe delivery, and a healthy child are most likely to occur. It turns out men have a biological clock of their own. A study from Rutgers Robert Wood Johnson Medical School now identifies men’s ideal reproduction window. As with women, there’s reason for men to be concerned about successfully reproducing beyond a certain age, even though there’s been a 10% increase over the past 40 years of infants born to men over 45, which is beyond the recommended age. Author Gloria Bachmann says, “While it is widely accepted that physiological changes that occur in women after 35 can affect conception, pregnancy and the health of the child, most men do not realize their advanced age can have a similar impact.” Bachmann adds that “In addition to decreasing fertilization potential, this can also influence the pregnancy itself, as is noted by increased pregnancy risks when conception is successful.” This is even the case when the woman is younger than 25. 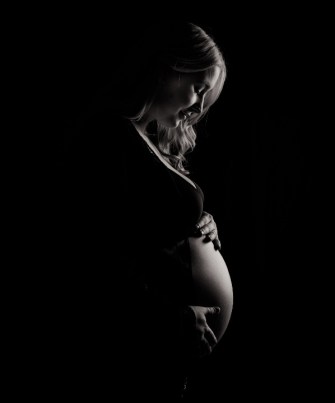 Risking the health of loved ones

According to the study, men 45 and older risk a range of hazards: 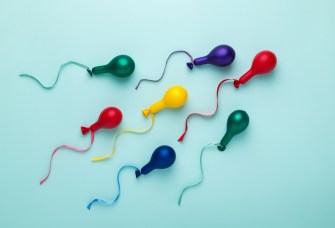 Fatherhood outside the window

The main issue seems to be a degradation with age of the quality of sperm. In the same way that fitness fades with age for the individual, sperm also declines. While there’s not yet a consensus on the point at which “advanced paternal age” sets in, and more research is needed, the range is somewhere between 35 and 45 years of age.

Whenever it is, older men have a reduced sperm count and the quality of an offspring’s inherited DNA may be sub-optimal.

Bachmann recommends that men planning to produce offspring later in life bank their sperm before hitting 35 for subsequent insemination when the time is right.

The study refers, of course, to reproduction and has nothing to say about being an older father of a partner’s child with a previous mate or an adopted child.

Half our day is spent not living in the moment. Here’s how to change that.
▸
7 min
—
with
Ethan Kross
Health

He’s written 7 books on happiness. He’s studied it for 30 years. He even taught it at Harvard. What can Tal Ben-Shahar tell you about really being happy?
▸
3 min
—
with
Tal Ben-Shahar
Up Next
Neuropsych

New study discovers the trajectory of optimism throughout life

When are you most optimistic? A study found how optimism varies throughout life.