A lack of sleep is frequently seen as something that people simply need to “power through” in order to get things done, or cope with events happening in their lives, work demands, etc. Recent studies, however, makes it more clear: This is a public health crisis. 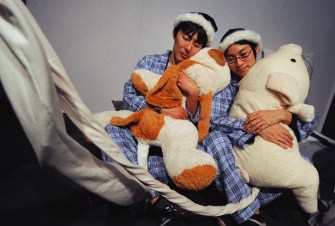 A chronic lack of sleep can lead to Alzheimer’s, dementia, and other problems later in life, as well. Indeed, recent brain research shows that even a single night of sleep deprivation boosts the level of proteins that form toxic lumps found in the brains of Alzheimer’s patients. That same study showed an increase in a protein related to Parkinson’s disease was also correlated with sleep deprivation. 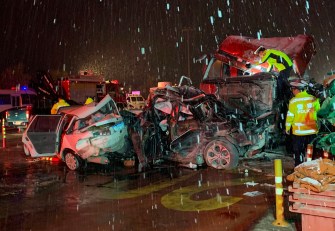 According to Science Daily, one in three adults report usually sleeping for fewer than seven hours a night. An estimated 7 percent of all motor vehicle crashes in the U.S. and 17 percent of fatal crashes involve driver sleep deprivation; those who sleep less than 4 hours before getting behind the wheel are over 15 times more likely to cause an accident, with the same impairment as a driver who is at 1.5 times the legal alcohol limit. 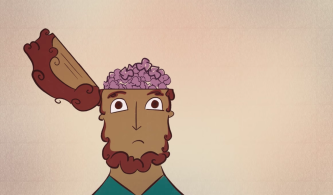 Screen capture from video below

So… how much is enough sleep to avoid all of this?

Experts suggest 7 to 8 hours — some people need more, especially as they get older or their brains mature, such as during adolescence. The Centers for Disease Control and Prevention found that as of just a few years ago, about one-third of all adults are not getting at least 7 hours of sleep a night.

Indeed, some scientists who study sleep are even suggesting the crisis is on par with the obesity epidemic — a startling comparison.”It used to be popular for people to say, ‘I’ll sleep when I’m dead.’ The ironic thing is, not sleeping enough may get you there sooner,” said Daniel Buysse, a professor of sleep medicine at the University of Pittsburgh.

What would happen if you didn’t sleep? – Claudia Aguirre

​Here’s a bit more of what’s happening to your brain when you sleep — or don’t, as the case may be:

The 3 phases of crisis management, with risk expert David Ropeik

The first response to big, bad news is likely to be widespread panic — it’s human nature. Yet, says risk communication expert David Ropeik, you can actually strengthen a team’s […]