Sure, Ian Fleming’s James Bond is always suave and sort of in control. However, through various actors and reimaginings, alcohol remains one of the few constants. A dry martini, usually, depending on the Bond actor, “shaken, not stirred.” Experts from New Zealand’s University of Otago actually counted up 007’s drinks and found that he’s been seen consuming liquor 109 times — that’s 4.5 beverages per film. Does the superspy have a problem? The study, published in the Medical Journal of Australia on December 10, gives away the answer in its title: “License to swill.”

According to the study, “Bond has drunk heavily and consistently across six decades.” He meets more than half the American Psychiatric Associations’ DSM-5 criteria for being an alcoholic, which qualifies him “having severe alcohol use disorder.” The researchers noted that Bond’s typical blood alcohol level was 0.36 g/dL. That’s enough to kill someone. Villains should have stopped fighting and paid for just one more round, apparently.

In Die Another Day, Bond’s bad habit allows his identification from a body scan:

On the other hand, says the study, 007’s skin is pretty good for a chronic drinker, and his teeth seem to have avoided the erosive effects of alcohol. Maybe you’re the sort of movie lover who likes to drink along with Mr. License to Kill.

The study lists Bond’s post-drinking activities and, let’s just say, it’s too bad You Only Live Twice. Here’s the kind of risky behavior he’s been involved in while sloshed, as reported in the study:

That last one includes messing with tarantulas, scorpions, and Komodo dragons, by the way. As far as all the human fisticuffs go, the study says, “given his history of repeatedly being knocked unconscious, he should be aware that alcohol may interfere with recovery from traumatic brain injury.” Good thing he’s fictional. 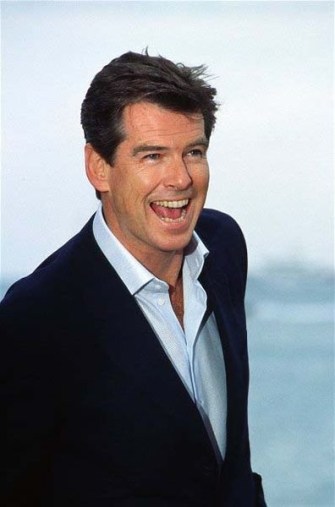 Fleming published his first James Bond saga, Casino Royale, in 1953, and his last, The Man with the Golden Gun, in 1965, pretty much bookending an era in which alcohol was an accessory of cool. Since then, subsequent Bond scribes have simply carried over the character’s signature habits — and, of course, there’s alcohol product-placement money for the films’ producers to make. But, here in 2018, Bond is an alcoholic.

The study offers some helpful — okay, hilarious — advice to 007 in the form of activities he might consider avoiding, given his issues:

The study also suggests Bond try replacing his interest in hooch with the clear interest in lepidoptera he displays as he peruses M’s collection of butterflies.

The real point of the study

While not explicitly stated, the study has more on its mind than being silly. Its subtext for us — tempted as we may be throughout our lives by potentially self-destructive activities — is to think twice about what’s really cool/glamorous/suave, and, you know, live to Die Another Day.

Tags
fashionfilmhealthhuman bodyscience and artSex
In this article
fashionfilmhealthhuman bodyscience and artSex
Related
Health
How saliva changes the flavor of food
“It’s a liquid, but it’s not just a liquid.”
Health
New blood types are often discovered following medical disasters
New blood types are regularly discovered by an unusual absence or an unusual presence — both of which can result in tragedy.
Neuropsych
How you breathe affects your brain
Your breathing rhythm influences a wide range of behaviors, cognition, and emotion.
Health
COVID, RSV and the flu: A case of viral interference?
Viruses, it turns out, can block one another and take turns to dominate.
Neuropsych
Shopping with your nose: How body odors influence your buying behavior
Sniffing out a deal.
Up Next
Neuropsych
10 excerpts from Marcus Aurelius’ “Meditations” to unlock your inner Stoic
Great ideas in philosophy often come in dense packages. Then there is where the work of Marcus Aurelius.