The UK Biobank is a gift that keeps on giving. It’s a massive database of medical data belonging to some 500,000 volunteers, tracking their health as they make their way through life. We’ve written about it before when it made possible new research on staying up late and longevity. This time, a study from the University of Southern Australia published in The American Journal of Clinical Nutrition uses the data to assess how many cups of coffee you can safely drink each day without increasing your cardiovascular risk. It’s the world’s leading killer. The study is a response of sorts to another recent, eyebrow-raising study that suggested up to 25 cups of joe a day as the limit — the new research finds it’s really more like six cups. Not to mention that two dozen cups could also lead to other undesirable effects such as higher blood pressure, headaches, nausea, and stomach problems. 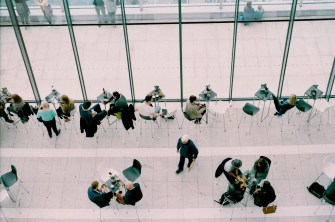 What the second look saw

Co-author of the study, Elina Hyppönen of the Australian Center for Precision Health, says, “Coffee is the most commonly consumed stimulant in the world — it wakes us up, boosts our energy and helps us focus — but people are always asking ‘How much caffeine is too much?'” Hyppönen and her co-author Ang Zhou analyzed the Biobank data for over 347,077 people, aged 37-73, including their genetic profile, medical history, diet, exercise activity, and, of course, their coffee consumption. They found that those who drank more than six cups daily had a 22% higher risk of heart disease or stroke.

“Most people would agree that if you drink a lot of coffee, you might feel jittery, irritable or perhaps even nauseous — that’s because caffeine helps your body work faster and harder, but it is also likely to suggest that you may have reached your limit for the time being.” This corresponds to a temporary rise in blood pressure coffee brings on. However, this increase stuck with those who imbibed 7 cups or more, putting them at the higher cardiovascular risk.

“An estimated three billion cups of coffee are enjoyed every day around the world,” notes Hyppönen. And that’s not a bad thing, especially for those of us who need to stay alert at work (spoiler alert — all of us). Still, she says, “As with many things, it’s all about moderation; overindulge and your health will pay for it.” For any of our little daily vices, “Knowing the limits of what’s good for you and what’s not is imperative.”

What is the Halliburton loophole?

A loophole signed into law during the Bush administration has been fiendishly tough to close.