Earlier this week, a disturbing report came out showing that permanent hair dye is heavily associated with cancer risk.

In a study published in the Journal of Cancer, findings show that hair dyes and chemical straighteners might significantly increase the risk of breast cancer. This is because they contain hormone-disrupting compounds and carcinogens that might be connected to the development of breast cancer, particularly in black women. 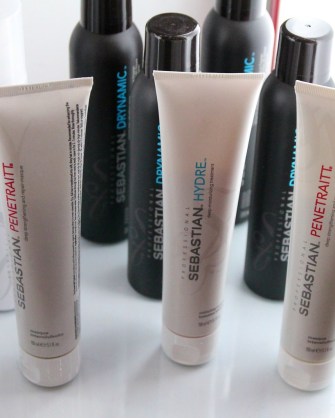 The link between hair products and cancer

While the link between breast cancer and permanent hair dye has been hypothesized in the past, prior findings had been inconclusive until now.

One of the most disturbing elements of the study was the stark contrast between the elevated risk of cancer between black women and white women who permanently dyed their hair. While past research on hair dye use and breast cancer risk had largely been limited to white women, this study found that black women who used permanent dyes at least every 5-8 weeks raised their risk of developing cancer by a shocking 60 percent compared to those who didn’t. White women, on the other hand, raised their risk by only 8 percent. This might be because, as previous studies have shown, hair products that are designed for use by black women may contain more endocrine‐disrupting chemicals.

Additionally, women who used chemical straighteners at least every 5-8 weeks were 30 percent more likely to develop breast cancer. This was a cosmetic practice more commonly used by black women. The study found that 74 percent of black women had used chemical straighteners as opposed to 3 percent of white women. The researchers suggest that this could be because the treatment uses a concoction of chemicals that might include formaldehyde—a known carcinogen—as an active ingredient.

What the experts are saying

It’s been estimated that more than a third of women past the age of 18 in the United States use hair dye. And hair products contain more than 5,000 chemicals, including some with properties that may disrupt hormones and cause genetic mutations.

Robin Dodson, a research scientist who studies environmental risks to women’s health at the Silent Spring Institute, told The New York Times that most products that are on the market today are not sufficiently tested for safety, and that they aren’t tested for additives that may disrupt the body’s hormone production. Specifically, she’s identified chemicals that imitate estrogen, which can fuel some types of breast cancer, in hair straighteners used more often by black women.

One of the authors of the study noted to the Times that the risks of dye use are still relatively small. Although the findings were more concerning for black women, this demographic only made up 9 percent of the study’s participants, which is too small a sample size to know how real the risks are.

Ironically, adhering to certain values and beliefs that idolize youth may end up causing fatal illnesses that shorten life. Could the path of least resistance when it comes to signs of age be the road to longevity?

Fortunately, thanks in part to recent challenges to conventional beauty standards that have long fetishized youth, grey hair is trending right now. Take, for instance, Instagram accounts like @grombre, which celebrates women showing off their fresh new silver strands. Since embracing signs of added years rams into some deeply rooted cultural ideas about beauty and age, there’s been a proliferation of online support groups and how-to blogs for women trying to transfer to an au naturale grey head of hair.

This isn’t the first time beauty products have been found to contain cancerous chemicals. Back in 2015 a worrying report by the Breast Cancer Fund’s Campaign for Safe Cosmetics found that some popular anti-aging creams use an ingredient called PFOA, a chemical linked to cancer and endocrine disruption.

There’s a cultural irony at hand: Are certain markers of a youthful appearance worth more than actual years of life? Fighting the aging process is expensive, energy draining, time consuming, and arguably futile. Maybe it’s time we prioritize the living part of life, rather than looking like we’ve lived less of it.

Psychologist Daniel Goleman shares what he learned by studying the brain waves of Olympic-level meditators, and his findings are unprecedented.
▸
4 min
—
with
Daniel Goleman

Is social media changing your memory? Here’s what the science actually says.
▸
3 min
—
with
Lisa Genova
Up Next
Starts With A Bang

Your 2019 Holiday Gift Guide For Space, Astronomy, And Science Lovers

2019 offers an outstanding selection of books, accessories, and much more for the science-lover in your life!With each passing year, a whole slew of new scientific discoveries, refinements, and improvements are […]