Common, or subjective, tinnitus is no fun. If you have it, you know what we mean. And a lot of people do — some 500 million worldwide. It’s a byproduct of hearing loss that produces a constant veil of high-frequency pitches that never abates. For sufferers, there is no silence, ever. Unfortunately, identifying its cause, much less a treatment, has proven elusive. Now, however, a new study published in PLOS Biology may have uncovered the physiological mechanism behind it: neuroinflammation in the auditory cortex. And it could be treatable.

Note the “may” in the paragraph above. It’s there because this study draws its conclusions based on the physiology of rodent test subjects, not humans, and things don’t always translate between species. Hence, its claims deserve a grain or two of salt. Ethics issues aside, this is often the case with exciting-sounding medical-breakthrough news. It’s so common, in fact, that there’s a Twitter hashtag for it: @justsaysinmice. 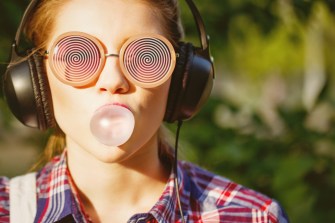 How to acquire tinnitus

Not that you’d want to. However, the recipe is simple: Expose your ears to overloud noise. Tinnitus is actually not an underlying condition — it’s a symptom of hearing loss. Noise-induced hearing loss (NIHL) can result from, for example, working in a loud environment without protecting your ears, or attending too many loud concerts, standing too close to speakers at a show, or from listening to loud music on headphones.

The way that we hear sound is not as direct as many think. Sound is really a matter of compression waves generated by a source that compresses and releases air on its way to your ears. Tiny hairs, the stereocilia, in your ears receive these air-pressure changes and fire off signals to your brain that we interpret as sound. Each hair has the job of producing a certain range of audio frequencies, and with tinnitus, some of these hairs get stuck in what amounts to their “on” position, continually firing off these signals to your brain even without the presence of an actual external sound source. Exactly what triggers this misbehavior is what the new study attempts to explain. 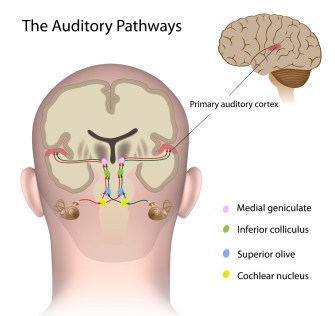 The study states, “Neuroinflammation is the central nervous system’s response to external and internal insults, such as infection, injury, diseases, and abnormal neural activity,” and so its authors looked at mice with NIHL to assess its possible role in tinnitus. They conclude “Our results indicate that neuroinflammation plays an essential role in a noise-induced excitatory-to-inhibitory synaptic imbalance and tinnitus in a rodent model.”

To protect the brain, an inflammatory response typically involves the activation of microglia, the central nervous system’s primary immune cells. When they remain active in response to chronic damage — as with hearing damage — though, they tend to release proinflammatory cytokines, which can make the problem worse. In the mice studies, the authors found one such proinflammatory cytokine, TNF-α. (“TNF” stands for “tumor necrosis factor.”) It seems to be the neural trigger for tinnitus.

When the researchers shut off the gene that results in the production of TNF-α in one set of mice, and likewise when they repressed it with medication in another, tinnitus disappeared. Testing the connection from the other direction, they also found that when they introduced TNF-α into the auditory cortex of normal mice and also mice who had no natural TNF-α, tinnitus appeared. 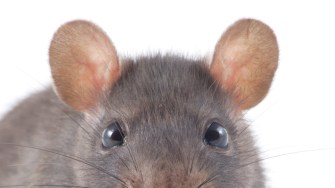 How do we know if a mouse has tinnitus?

This question, which may have occurred to you to wonder, highlights a potential problem with this study. Since tinnitus is an ever-present phenomenon, some in the research community — including the authors of this study — have embraced “gap detection” as a means of testing for the presence of the condition in animals. The idea of gap testing is that, since tinnitus is constant, an animal wouldn’t be able to hear gaps between a series of audio tones being played. Gap detection is tested by monitoring an animal’s acoustic startle reflex to each new tone as it sounds — in theory, an animal with tinnitus won’t notice or react to each new tone. However, it’s worth noting that the value of gap detection testing for tinnitus is controversial.

All that having been said, there are a number of anti-inflammatory medications, and as used in the research, genetic means of controlling the presence of TNF-α. If the authors’ findings are eventually confirmed to be valid in human subjects, there may be hope for tinnitus sufferers at last.

Tags
discoveryhearinghuman bodymedical researchmedicinephysiologysensessound
In this article
discoveryhearinghuman bodymedical researchmedicinephysiologysensessound
Related
Life
Our antidepressant drugs are affecting animals and ecosystems
A toxicologist explains the impacts of antidepressants on fish — and no, they’re not getting any happier.
Health
New blood types are often discovered following medical disasters
New blood types are regularly discovered by an unusual absence or an unusual presence — both of which can result in tragedy.
Neuropsych
How you breathe affects your brain
Your breathing rhythm influences a wide range of behaviors, cognition, and emotion.
Health
COVID, RSV and the flu: A case of viral interference?
Viruses, it turns out, can block one another and take turns to dominate.
Health
Chantix, Trulicity, Xeljanz, and most drugs advertised on TV are of “low therapeutic value”
Close to 70% of drugs advertised on TV offer little to no benefit over other cheaper drugs.
Up Next
Thinking
God is existing itself
Science, theology, and the divine creator as a verb.