A British woman had a remarkable turnaround in her battle with cancer thanks to, she claims, a household spice. While the scientific jury is still out on turmeric, the spice she used, doctors have studied her case and concluded that there is no better explanation at the moment than that the spice did, in fact, help her defeat an illness that five years of chemotherapy and other treatments could not tackle.

Turmeric is a bright yellow spice that you can find in curries and mustards. It is widely used in Eastern medicine and has been celebrated as a superfood, for its supposed anti-inflammatory and anti-oxidant properties, helping your body stave off cancer and Alzheimer’s disease.

Dieneke Ferguson, 67, has been fighting the blood cancer myeloma from 2007. After three rounds of chemotherapy and four stem cell transplants, she still suffered a relapse, with little hope for recovery.

‘I have been on all sorts of toxic drugs and the side-effects were terrifying,’ she said in an interview. ‘At one point I lost my memory for three days, and in 2008 two of the vertebrae in my spine collapsed so I couldn’t walk. They injected some kind of concrete into my spine to keep it stable.’

But nothing worked, with Ferguson feeling that all her “options were exhausted, and there was nothing else I could do.” 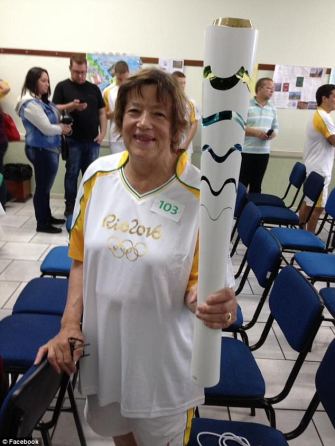 That’s when, inspired by information she read in an internet forum, she started to take 8 grams (2 teaspoons) of curcumin a day, with curcumin being one of turmeric’s main components. This led to the fact that now her cancer cell count is negligible.

Jamie Cavenagh, professor of blood diseases at London’s Barts Hospital and co-author of the medical report on Ferguson, wrote that curcumin really does seem to have made a difference in her case.

‘When you review her chart, there’s no alternative explanation [for her recovery] other than we’re seeing a response to curcumin,’ said Cavenagh.

Dr. Abbas Zaidi, a haematologist at Barts NHS Health Trust, who co-authored the report on Ferguson, also expressed that curcumin is the answer to her improvement.

“Here we describe a myeloma patient who started a daily dietary supplement of curcumin when approaching her third relapse, “ wrote Zaidi. In the absence of further antimyeloma treatment the patient plateaued and has remained stable for the last five years with good quality of life.”

Ferguson’s intriguing case notwithstanding, the scientific evidence for turmeric’s healing properties has been spotty.

While there have been literally thousands of studies of turmeric, a 2017 review of such studies on curcumin concluded that the compound had limited scientific benefits. The researchers involved in the review stated that the stories of the spice’s effectiveness are largely “blown out of proportion” and are more folklore than science. The scientists found that none of the studies and trials they reviewed were double-blind and placebo-controlled, and many seemed to be generated by self-serving interests, being originated by people who were also trying to sell turmeric. In fact, curcumin is not easily absorbed by the body, said the researchers. 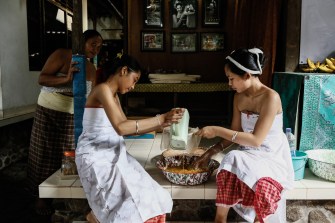 Kathryn M. Nelson, the scientist from the University of Minnesota who authored the study, explained that the amount of curcumin that actually makes it through the body is “dismal,” making it unlikely the chemical is having much of an effect.

“The compound itself is probably not doing anything,” said Nelson in an interview with the Washington Post. “It falls apart in water. Think about how well it’s going to survive your stomach and its acids.”

Nelson thinks that it’s likely not curcumin but another compound in turmeric that offers any benefits. What that may be needs to be studied further.

Despite such naysaying, there are scientists like Ajay Goel, a cancer researcher and director of Baylor University’s Center for Gastrointestinal Research, who has conducted several studies of curcumin and found it to be effective. Goel saw the benefits of curcumin in the treatment of rheumatoid arthritis as well as improving the effectiveness of chemotherapy drugs and even helping a small group of people with major depression.

Looking at the University of Minnesota review, Goel, who is also on the board of a company that sells curcumin, thought that the scientists involved did not really understand how to study turmeric properly.

“Does this thing work? Absolutely. Does it work amazingly for every single person? No,” Goel said, adding that the authors of the review “have no understanding of the topic.”

You can read the study of the London pensioner, who was helped by turmeric, here in a British medical journal.

Research has shown the benefits of mindfulness, but the current mindfulness craze cannot deliver on its overhyped promises.
Neuropsych

Laughing gas may be far more effective for some than antidepressants.
Neuropsych

The treatment is here, but are we ready?
Up Next
Starts With A Bang

Star Trek: Discovery’s Greatest Science Moments Rethink What It Means To Be Alive

Captain Georgiou and Commander Burnham appear lost on an alien world, but a clever plan by Georgiou allows their ship to identify their location, even though they themselves cannot be […]