It’s an urban legend many of us have heard and wondered about. It goes like this. Walt Disney had his body frozen at the time of his death, awaiting revival shortly after a cure for cancer had been found. Alas, though captivating it’s unfounded. The visionary was cremated on the day of his funeral back in 1966. But now, a teenage girl from the UK has in reality done what was rumored to have been performed on the inventor of Mickey Mouse. She was cryogenically frozen in the hope of being revived sometime in the future when a cure is in hand.

The “bright, intelligent” girl identified only as “JS,” officially passed away on October 17, from a rare form of cancer. Press coverage was restricted until recently. London’s High Court agreed to allow her to go forward with the procedure.

Her parents are divorced. She hadn’t seen her father for eight years, reports say. When he first heard of her plan, her father was against it, while her mother supported it. He said even if JS did wake up hundreds of years later, she’d have no family or friends and would be stuck in a foreign country, as the facility chosen is in the US. After some deliberation in court, her father did eventually come around, saying he respected her decision. Justice Peter Jackson, who oversaw the case had sympathy for the man, saying, “No other parent has ever been put in his position.” 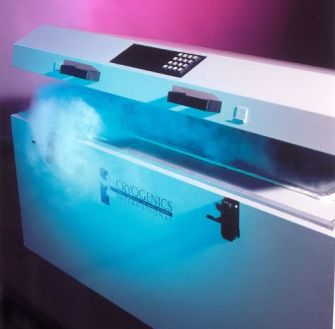 JS reportedly told a relative “I’m dying, but I’m going to come back again in 200 years.” Well, why not? It worked for Philip J. Fry. JS researched cryonic preservation online for several months before making her decision, then wrote Justice Jackson. He encountered her case on September 26. Then the judge visited her in the hospital and was moved by her, granting her request on October 6.

In her letter to the court the girl wrote:

I have been asked to explain why I want this unusual thing done. I’m only 14 years-old and I don’t want to die, but I know I am going to. I think being cryo-preserved gives me a chance to be cured and woken up, even in hundreds of years’ time. I don’t want to be buried underground. I want to live and live longer and I think that in the future they may find a cure for my cancer and wake me up. I want to have this chance. This is my wish.

Today, cryopreservation facilities reside only in the US and Russia. A client’s body is preserved using liquid nitrogen and stored at a temperature of -202°F (-130°C). At the facility JS chose, The Cryonics Institute in Michigan, the cost of the most basic service was around $46,000. The girl’s maternal grandparents raised the money. JS brings their number of “cryopreserved patients” up to 143, at present. About 350 people worldwide have undergone the procedure total, since it was first developed in the 1960s.

Disturbingly, the first 20 patients to undergo it were eventually buried, after the company providing the service went bankrupt. Today, two major operators perform cryopreservation in the US, the aforementioned Cryonics Institute and Alcor of Arizona. Each has been performing the procedure since the 1970s. In addition to people, pets are often placed in cryostat.

Though we can be preserved in what is known as cryonics, we cannot be revived. What’s more, there is some debate as to whether certain organs and structures in the body, such as the kidneys, can be frozen and ultimately thawed out, unharmed. This and other issues makes cryopreservation controversial. The industry views it as merely “an ambulance ride to the future.” Sooner or later we are assured, science will have a way. 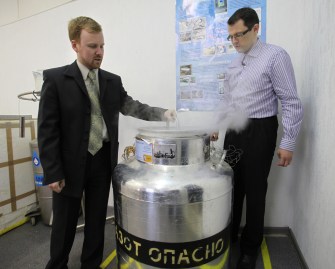 Science is good at preserving blood and the sex cells, even embryos. But the whole body is another thing.

There were issues with the freezing process on the day of JS’s death, according to her mother. A group of volunteers helped prepare her body for preservation, in a manner that has been described as disorganized. In fact, the hospital expressed concern for the way things were handled.

To prepare the body, the blood must first be removed and replaced with antifreeze. Next, it must be cooled to -94°F (-70°C). Physical decay will be brought to a near standstill at this temperature. In JS’s case, her body was placed into a metal crate filled with dry ice and loaded onto a plane, headed for Michigan.

She was received at the facility eight days after her death. According to the institute’s website, “The patient was then placed in the computer controlled cooling chamber to cool to liquid nitrogen temperature.” Twenty-four hours would be required for the patient to reach the proper temperature. Now, her body rests in cryostat or “long-term cryonic storage.”

Moving forward, Justice Jackson expressed the need for regulation of cryopreservation. A procedure should be outlined and expressed to those involved in preparations. The judge also wrote that this was the first such case to come up in England and Wales and perhaps, the world. This case was, as he put it, “an example of the new questions that science poses to the law.”

To hear another point of view on cryonics, click here:

Tags
Alcor of ArizonacancerCryonics Institute in MichigancyrogenicscyronicsJSteenteenagerUKurban legendWalt Disney
In this article
Alcor of ArizonacancerCryonics Institute in MichigancyrogenicscyronicsJSteenteenagerUKurban legendWalt Disney
Related
Health
Helmet worn at home shrank man’s brain tumor by a third
The new brain tumor treatment targets a cancer that kills 75% of patients within a year.
Hard Science
Sky-mapping system can predict whether cancer treatment will work
Using image analysis tools developed for astronomy, researchers are predicting cancer therapy responses.
Health
We’re winning the war on cancer
As the American population grows, fewer people will die of cancer.
Health
A cancer immunotherapy technique may prevent diabetes
Engineered immune cells have prevented Type 1 diabetes in mice.
Hard Science
Grapes are ‘edible sunscreen’ according to a new study
A study says nature’s candy can be a valuable supplement to sunblock.
Up Next
Surprising Science
Almost Half of What’s In a Chromosome Is Still a Mystery
Scientists discover that up to 47% of chromosomes isn’t chromatins after all.