“This is not a theoretical exercise – this is life and death,” he said. “If a parent says ‘I’m not going to vaccinate my child’, they’re not simply putting their child at risk, they’re putting everybody else’s children at risk too.”

Australia has been moving towardstricter vaccination laws for years. In 2015, the federal government stripped welfare and tax benefits from parents of unvaccinated children, a move that led to an increase of about 200,000 child vaccinations.

Laws that restrict unvaccinated children from attending schools already exist in New South Wales, Queensland and Victoria. But Turnbull and the Australian Medical Association want to enforce them nationwide.

“If you, as a parent, expect the community to support you by either welfare payments or access to care, then you need to do your bit to contribute to that community by protecting other children,” Michael Gannon, president of the Australian Medical Association, told Fairfax Media.

“People without any previous interest in vaccination may defend anti-vaccination activists and join their cause because they are concerned about the threat to civil liberties,” said Julie Leask, a professor and researcher at the University of Sydney.

Like the U.S., Australia has a small but loud anti-vaccination movement (or “vaccination skeptics“) who believe vaccines cause autism and other medical problems – despite overwhelming evidence that says otherwise. These beliefs can permeate entire communities and facilitate the resurgence of Victorian-era diseases. 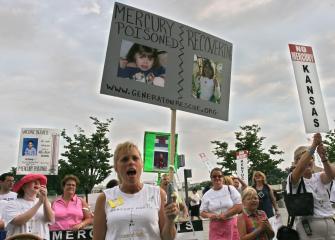 One anti-vaccination mother living in a suburb outside of Sydney recently proposed starting a daycare center for unvaccinated children.

“Many families are concerned about vaccinating. Yes it’s in response to No Jab No Play,” the post read. Some parents supported the idea on Facebook, and even suggested opening similar daycares in nearby cities.

But should these parents be allowed to establish unvaccinated daycares? To answer the question, you need to factor in the effects it would have on herd immunity.

Herd immunity occurs when enough people in a society are vaccinated, making it nearly impossible for transmittable diseases to spread. It’s strength in numbers. Herd immunity protects everyone, but it’s critical for people who can’t receive vaccinations for medical reasons. 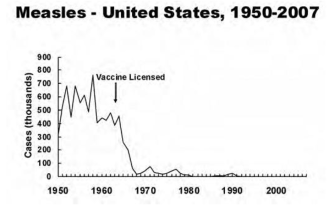 The chicken-pox vaccine is a good example. It only took a few years after the vaccine was introduced in the U.S. before there were zero chicken-pox deaths among babies less than 1 year old. This wasn’t because babies were vaccinated – they weren’t – but rather because there were no older unvaccinated kids to pass them the disease.

In the U.S., all 50 states require children to be vaccinated to attend school. But each state allows exemptions for various reasons – religious, philosophical, medical. Some states make it harder to opt-out. In 2015, California passed a law granting exemptions only for medical reasons. Unsurprisingly, states that make opting-out easy experience more breakouts of transmittable diseases.

At the heart of the vaccination issue is a question about freedom: At what point should individual rights be subordinated to protect the health of a society?

Anti-vaccination parents want the positive liberty of choice when it comes to vaccinating their children. But this positive liberty can impinge on other’s negative liberty, which in this case is the freedom not to be unnecessarily subjected to transmittable diseases.

Society is always striking balances between state power and individual liberties. Deciding how we should restrict guns or abortion are tough questions with no clear answers. But vaccination is less abstract. The research continues to reaffirm the individual and societal medicinal benefits of immunization, despite the loud noises of (likely) well-intentioned detractors. More so than other issues, vaccination shouldn’t require us to respect people’s beliefs at the expense of facts. In the absence of solid scientific research demonstrating that vaccines are dangerous, there seems little reason not to set sights on 100 percent herd immunity.

Smallpox was nothing new in 1721.
Thinking

How were mRNA vaccines developed? Pfizer’s Dr Bill Gruber explains the science behind this record-breaking achievement and how it was developed without compromising safety.
▸
7 min
—
with
Pfizer
Health

Vaccines can be grown in and extracted from the leaves of plants.
The Present

According to this research, eight percent of Americans always refuse vaccines. Why?
Up Next
The Present

Why People Use Information Avoidance to Choose Their Own Reality

A new study explains why and how people choose to avoid information and when that strategy could be beneficial.