Are modern societies trying too hard to be clean, at the detriment to public health? Scientists discovered that a microorganism living in dirt can actually be good for us, potentially helping the body to fight off stress. Harnessing its powers can lead to a “stress vaccine”.

Researchers at the University of Colorado Boulder found that the fatty 10(Z)-hexadecenoic acid from the soil-residing bacterium Mycobacterium vaccae aids immune cells in blocking pathways that increase inflammation and the ability to combat stress.

The study’s senior author and Integrative Physiology Professor Christopher Lowry described this fat as “one of the main ingredients” in the “special sauce” that causes the beneficial effects of the bacterium.

The finding goes hand in hand with the “hygiene hypothesis,” initially proposed in 1989 by the British scientist David Strachan. He maintained that our generally sterile modern world prevents children from being exposed to certain microorganisms, resulting in compromised immune systems and greater incidences of asthma and allergies.

Contemporary research fine-tuned the hypothesis, finding that not interacting with so-called “old friends” or helpful microbes in the soil and the environment, rather than the ones that cause illnesses, is what’s detrimental. In particular, our mental health could be at stake.

“The idea is that as humans have moved away from farms and an agricultural or hunter-gatherer existence into cities, we have lost contact with organisms that served to regulate our immune system and suppress inappropriate inflammation,” explained Lowry. “That has put us at higher risk for inflammatory disease and stress-related psychiatric disorders.” 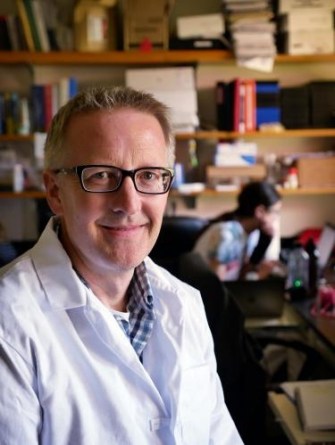 This is not the first study on the subject from Lowry, who published previous work showing the connection between being exposed to healthy bacteria and mental health. He found that being raised with animals and dust in a rural environment helps children develop more stress-proof immune systems. Such kids were also likely to be less at risk for mental illnesses than people living in the city without pets.

Lowry’s other work also pointed out that the soil-based bacterium Mycobacterium vaccae acts like an antidepressant when injected into rodents. It alters their behavior and has lasting anti-inflammatory effects on the brain, according to the press release from the University of Colorado Boulder. Prolonged inflammation can lead to such stress-related disorders as PTSD.

The new study from Lowry and his team identified why that worked by pinpointing the specific fatty acid responsible. They showed that when the 10(Z)-hexadecenoic acid gets into cells, it works like a lock, attaching itself to the peroxisome proliferator-activated receptor (PPAR). This allows it to block a number of key pathways responsible for inflammation. Pre-treating the cells with the acid (or lipid) made them withstand inflammation better.

Lowry thinks this understanding can lead to creating a “stress vaccine” that can be given to people in high-stress jobs, like first responders or soldiers. The vaccine can prevent the psychological effects of stress.

What’s more, this friendly bacterium is not the only potentially helpful organism we can find in soil.

“This is just one strain of one species of one type of bacterium that is found in the soil but there are millions of other strains in soils,” said Lowry. “We are just beginning to see the tip of the iceberg in terms of identifying the mechanisms through which they have evolved to keep us healthy. It should inspire awe in all of us.”

Check out the study published in the journal Psychopharmacology.

Mycobacterium leprae, the bacteria that cause leprosy, have the surprising ability to grow and reverse aging in armadillo livers.
Hard Science

It’s on a 100,000-year timescale, though, so the next few centuries might not be so comfortable.

It weakens the bacteria so that the immune system can destroy it.
Up Next
Think Again Podcasts

Lama Rod Owens – the price of the ticket to freedom

An ordained Lama in a Tibetan Buddhist lineage, Lama Rod grew up a queer, black male within the black Christian church in the American south. Navigating all of these intersecting, evolving identities has led him to a life’s work based on compassion for self and others.