Irisin is a hormone that is generate by muscle tissue, specifically from physical exercise; its effects on memory were studied recently, and scientists have seen a strong connection between irisin levels and what they call “synapse and memory fails.” People with Alzheimer’s have lower amounts of the hormone versus healthy individuals.

“We know that physical activity is linked to better brain health as we age, and this research highlights a biological mechanism that may contribute to this beneficial effect,” said Rosa Sancho of the charity Alzheimer’s Research UK. 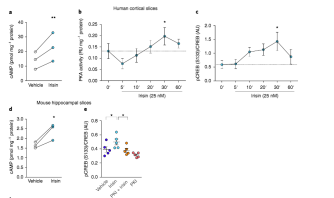 In mice where irisin was blocked, memory and learning deficits appeared; when it was restored later, this effect reversed itself. What that means for humans is this: Physical exercise will very likely help stave off Alzheimer’s. And going without it can cause its acceleration.

There already were dozens of reasons to leave that couch and get active, including research that suggests a larger belly means a shrinking brain, but this one could be a game-changer.

And for those of us who can’t exercise as much because of physical limitations, there might be hope as well, in the form of irisin injections or even oral supplements. 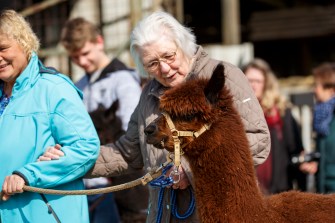 From the study, which was published in the January installment of Nature Medicine:

Bolstering brain FNDC5/irisin levels, either pharmacologically or through exercise, may thus constitute a novel therapeutic strategy to protect and/or repair synapse function and prevent cognitive decline in Alzheimer’s disease.

Further studies and peer reviews will attempt to verify the findings.

Tags
alzheimer's
In this article
alzheimer's
Related
Neuropsych
Study: There are four types of Alzheimer’s disease
New research suggests that there is no “typical” form of Alzheimer’s disease, as the condition can manifest in at least four different ways.
Health
Can scientists find the ‘holy grail’ of Alzheimer’s research?
Clinical trials at the Feinstein Institutes for Medical Research focus on stabilizing cognitive loss and alleviating the psychotic symptoms that change our loved ones.
Neuropsych
Using multiple devices at once is causing your memory to fail, study finds
A Stanford study explores the effect of multitasking on memory in young adults.
Health
Study finds hard physical labor raises risk for dementia
Work that can break down the body can also break down the mind.
Health
New brain scan analysis tool can detect early signs of dementia
Researchers develop the first objective tool for assessing the onset of cognitive decline through the measurement of white spots in the brain.
Up Next
Hard Science
Asteroid that wiped out the dinosaurs caused a mile-high tsunami
We knew the Chicxulub crater was massive. We just didn’t know how widespread the damage actually was.