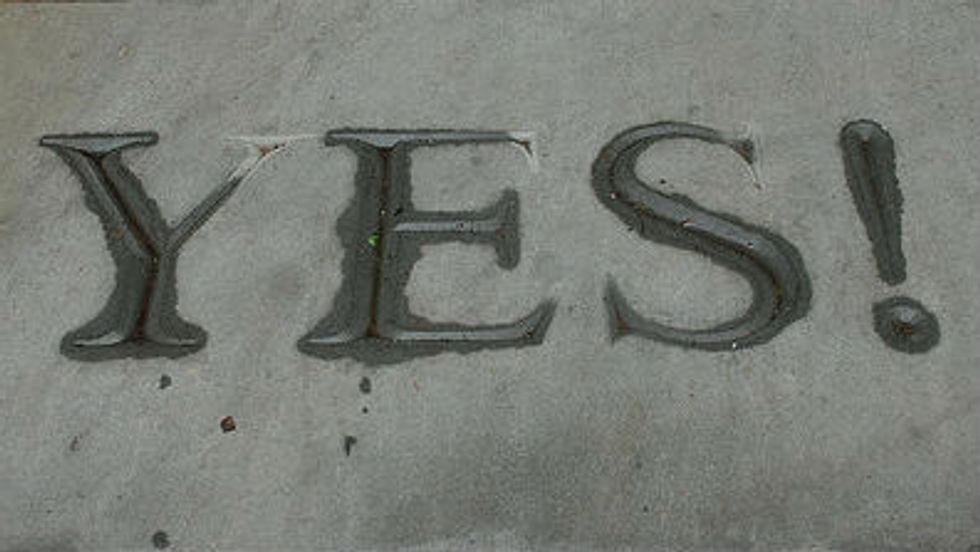 In a closely-followed case, two high school football stars in a small Ohio town were found guilty yesterday of raping an unconscious, intoxicated young woman at a party. The victim was passed out and had almost no recollection of what happened. Twitter was there to document the crime for her, and the evidence, as the rapists posted images of her on social media and texted about their crimes against “the dead girl,”  as they called her. A tenacious and conscientious blogger—a sort of citizen techno-gumshoe—followed the Tweets and recreated a picture of the evening that was crucial to the court case and the verdict.

The rapists exhibited a blasé fearlessness when they texted and tweeted their crime, which is one of the most demoralizing aspects of this case. We can reasonably conclude that they honestly didn’t think they were doing anything wrong, and certainly nothing that would be illegal, or actionable.

Either that, or we’ve reached the point where a percentage of Americans are irresistibly compelled to comment on every single moment in their lives—even the commission of rape and felonious assault—on social media.  If it’s not posted on Facebook, does a life make a sound?

Meanwhile, the existence of a Twitter archive of the crime means, as the prosecuting attorney noted, that the victim is “re-victimized” with each glance, or re-Tweet, of the indelible digital fingerprint. This is the new frontier, where bullying, harassment, violence, and simple meanness persist hauntingly, the ghost in the machine.

The technology itself denies the therapeutic salve of “closure,” and theoretically re-stages the crime into eternity.

In this case, at least, a just verdict was reached. What message would have been sent otherwise? That sexual consent can be inferred by a woman’s blithering, incapacitating intoxication? That drunk and unconscious women are available to be sexually used unless they can indicate otherwise?

The culture of women’s consent is under attack. That’s my argument, and I’m standing by it.

This is evident globally, in the use of rape as a tool of war and terror, and in what women in India, for example, see as the almost blasé normalization of sexual violations against them in public spaces; it’s evident domestically, in different ways that I’ve already written about, including explicit efforts to delimit the legal meanings of rape, to call rape victims “accusers” in court (legislation proposed in Georgia), and in the cascade of comments from conservative candidates in the last election cycle that trivialized sexual violence or, again, almost seemed to normalize it as just a sad but rather routine part of human experience.

The sexually consenting, female subject, who has sexual agency and control, is a bold legacy of the women’s movement, and she’s imperiled today. While it’s true, and consoling, that the Ohio rapists sparked outrage among many who followed the case, that outrage after the fact needs to be balanced against the casual, blasé violation of the young woman during the crime itself, as revealed in a real-time text and Twitter record of how little the rapists observed, noted, or cared about their victim’s humanity.

The attack on a culture of women’s consent isn’t entirely because of the conservative backlash and its abstinence, “just say no,” not yes, agenda.  Like the Murder on the Orient Express, we’re all partially guilty. Women’s sexuality is primarily seen as one of four things in our culture: a sin, a risk factor, a commodity, or a danger.

The first view construes sex and the single girl as a sin, and re-fetishizes virginity. You aren’t a sexual subject. You’re a vessel of purity, or not. Once you’ve relinquished your virginity, you have nothing left to offer.

A Georgia sex education abstinence curriculum, funded with Federal dollars, includes this classroom exercise:  “boys and girls are invited to chew cheese flavored snacks and then sip some water, after which they spit the resulting ‘bodily fluids’ into a cup. After this game in which the fluids are combined with those of other students, ultimately all cups are poured into a pitcher labeled ‘multiple partners’ sitting adjacent to a pitcher of fresh water labeled ‘pure fluids.’ In the final segment, each boy and girl is asked to fill a cup labeled either ‘future husband’ or ‘future wife’ with the content from one of the pitchers.” A sexually active body is a gross-out repository, and impure.

A true culture of consent would understand that women are sexual beings who have desires, and not just the thing of their virginity to hoard or surrender.

The “risk factor” view prevails in public health and social science, where research reveals links—all well instantiated, I’m sure— between sex and morbidities such as teen pregnancy, STIs, lower grades, bad college outcomes, low self-esteem, and so on. When I was working for a DC nonprofit for girls, I heard this sex-as-risk factor worry from girls themselves, who had internalized it from the public service material and curricula. They’d say things like, “sex is nothing to play with.”

Right. But it’s not the night shift in a widget factory, either. Sometimes a sex life can sound like something women survive more than something we have.

A true culture of consent would mean that desire occupied some positive, developmentally-appropriate place in their lives, and wasn’t just feared as a risk.  Girls and women would have the capacities to know what it is that they actively want, not just what they should avoid.

The view of women’s sex as commerce holds that when women have sex as an act of trade or barter. This might be literal, as with prostitution, or figurative and indirect, as with the unstated “bartering” of sex for attention, approval, social status, coolness, acceptance, friendship, subtle favors and payments, appeasement of a whiny male, a relationship, or a marriage.

In a true culture of consent, we’d see that sex will never give you what you want--unless what you want is sex.

The sex-as-danger view is popular in Hollywood narratives, and slasher movies, starting with the iconic Halloween, which established the Have Sex and Die on an Obscure Annual Holiday formula.  Where would a young single woman go to hear a sex success story, to learn about a non-pathological, non-violent, non-angsting sex life, where nothing bad happens?  Even movies celebrated as feminist follow the logic, including Thelma and Louise and The Piano, in which the heroine’s sex life costs her a finger. Call these movies pro-feminist or “crypto-feminist” or whatever you like, but I’m not buying it.

A true culture of consent would be one in which women get away with their pleasures and orgasms scot free. No punishment is exacted or fingers amputated. No suicides, however slyly staged, occur.

By the modest standard I’ve outlined here, we don’t have a true culture of consent for women yet, and things seem to be moving in the wrong direction.

Incidentally, while the culture of women’s consent is under attack, I have to wonder if in some respects the male privilege of not having or wanting to have sex is under attack, too, in the Viagra era. Now that even the most mild or minor episodes of lack of male desire are pathologized into full-blown “erectile dysfunction” and invented as lucrative targets for pharmaceutical redress, do men have the full capacity to say “no,” any more than women have a robust, healthy capacity to say “yes?”