What Sheryl Sandberg’s Lean In Gets Right…

One of Sandberg’s important points, in my opinion, is that women should cross the bridge of work-family conflict when they get to it. 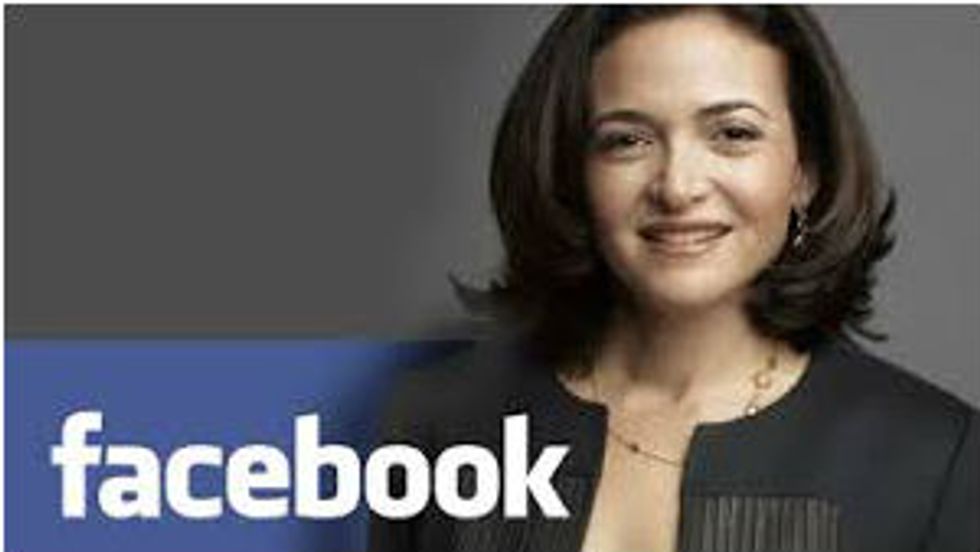 Facebook COO Sheryl Sandberg’s book about women and “leadership,” awkwardly structured around a metaphor of “leaning in” and “leaning back” (which lamentably sounds like the old Hollywood casting couch), has been fairly widely drubbed.

There are pieces of it that I disagree with—more on those next week—and there are interesting reasons why she ends up excoriated, often by women, rather than feted as their role model—more on that next week, too.

But there are a few pieces of her analysis of women, careers, and ambition that seem spot-on to me as someone who’s written a book about and eavesdropped on many a more banal, post-modern marriage among the middle and affluent classes of 21st-century America—and, let’s face it, Lean In is a book about angst and ambition among women of the mostly privileged, well-educated, middle and upper-middle classes. Say all you want about how it’s about “all” women, but it isn't.  Most books on careers and “balance” aren’t. There’s nothing wrong with that, per se, but since women’s lives diverge in this country today by income, education, culture, and values like never before, it’s good to acknowledge the parameters, and the data set.

One of Sandberg’s important points, in my opinion, is that women should cross the bridge of work-family conflict when they get to it. I developed that argument in my book, Marriage Confidential: Love in the Post-Romantic Age (2011).  This excerpt from Marriage Confidential agrees with Sandberg’s observations about women and the “ambition gap” today:

"....Having It All’s descendant dream is Work-Life Balance, a dream now so familiar that it’s abridged simply to Balance. It’s the mantra of weary thirty- and forty-something married professionals. Yet, for all its apparent modesty, it’s proven to be cunning prey for modern marriages, which rarely report capturing it. Having It All, a suitably audacious dream steeped in America’s famous manic ambition, has morphed for my generation into the meeker dream of Sort of Having Two Things Halfway.

Admittedly, I suspect that Balance is mostly shorthand for the supremely understandable and familiar sentiment in the dual-career marriage, “I’m So Damn Tired, and I Need a Vacation,” and who can begrudge a spouse for wanting not to be exhausted. But to the extent that it is a lifestyle or a marital aspiration, the subtle underlying assumptions of Balance perplex me. Balance makes me imagine the two foundations of life, as Freud saw it—“work and love, that’s all there is”—as generic, interchangeable lumps of life activity counterpoised on the scale. When did we become such bean-counters?

The opposite of balance isn’t imbalance, necessarily, but passion. That passion could lead in any direction. As a marital benchmark, Balance discredits passion generally, whether it’s passion for a career or passion for home, in one concisely diminishing gesture. For all of its logic, it lacks the organic quality of a life in which dreams and commitments can’t really be planned or metered by schedule. Obsession and passion, for anything, provoke imbalance. And isn’t there a case to be made for doing things in an exuberant, passion-driven, impromptu, half-assed way? We end up with exasperatingly tepid outcomes soon enough. Why dream of them? Why aspire to a marriage that is managerial instead of inspirational?

The war of balance against passion is more than merely rhetorical. It’s a metaphor of marriage that, like all big metaphors we tell ourselves, helps shape our lives. In 1995, sociologist Karen Arnold published fascinating longitudinal research on “contingency planning” among high-achieving valedictorian women in high school. She found that these smart young women who in another era might have aspired to Have It All are often timid and cautious in their fantasies of career and marriage in deference to the impossible dream of Having It All. Before they marry, long before they have children or land their first job, they make career plans with an eye to what would be easiest if they were to marry and have children someday.

A similar form of preemptive thinking inspired the widely discussed “opting out” women of elite universities who, when interviewed by a New York Times reporter in 2005, said that they planned on having a career for a few years and then setting it aside to stay at home. This is a variation on Balance, to plan on doing a little of this and then a little of that, in a schematic way. It’s this pervasive retro mood about marriage that worries author Leslie Bennetts in The Feminine Mistake, that has sparked a much-documented “motherhood war” between stay-at-home wives and working wives, and that sporadically inspires newspaper articles about how all wives really want is a chivalrous male breadwinner-husband, a return to the romantic orthodoxy, or even the traditional one.

Some opting-out women who have heeded the skepticism toward Having It All and are planning their career lives to avoid that frustration point to what they saw firsthand in their mothers’ hectic lives. “We feel a lot of pressure to succeed in the working world, but how do we do that and also succeed at home?” says a Wellesley College student interviewed by the Christian Science Monitor. The benchmark of “success,” a term indigenous to the workplace and here transplanted to the home, makes things seem tougher than they need to be. These women might well succeed in the familiar troika of parenting from my own childhood—that we provide “food, clothing, and shelter” to our offspring and not beat on them—but they worry about failure by today’s extravagantly embellished parenting standards.

“These women are right to be worried,” says Elayne Rapping, a professor of women’s studies. “The notion of Having It All involves a lot more than most young women anticipate. It’s very difficult to negotiate within a marriage who will do what when both people have high-powered careers.” Life maintenance isn’t easy, it’s true. In fact it can be downright exhausting. As scholar Joan Williams perceptively argues, many are “pushed out” of the workforce more than they “opt out,” because we live in a culture that persistently envisions the “employee” as a middle-aged white male with a full-time wife at home to take care of the house and children.

The workforce isn’t accommodating for parents, and that is an ongoing policy and social challenge. Another challenge, more private and internal, is to be brave enough in our own careers and marriages to [pursue a dream]. Otherwise, too many wives today experience the unique, post-liberation melancholy of feeling either that they’ve failed as mothers or that they’ve failed at reaching their potential—or, in the worst of all cases, both failures at once.

In that regard, where does shrewd foresight end and shortsighted wariness begin? [Talented young women] seem to be operating under a sad, new plight. I’m inclined to call it an affliction of premature realism, or hypothetical angst.