What Do You Know, Feminism Really DOES Work 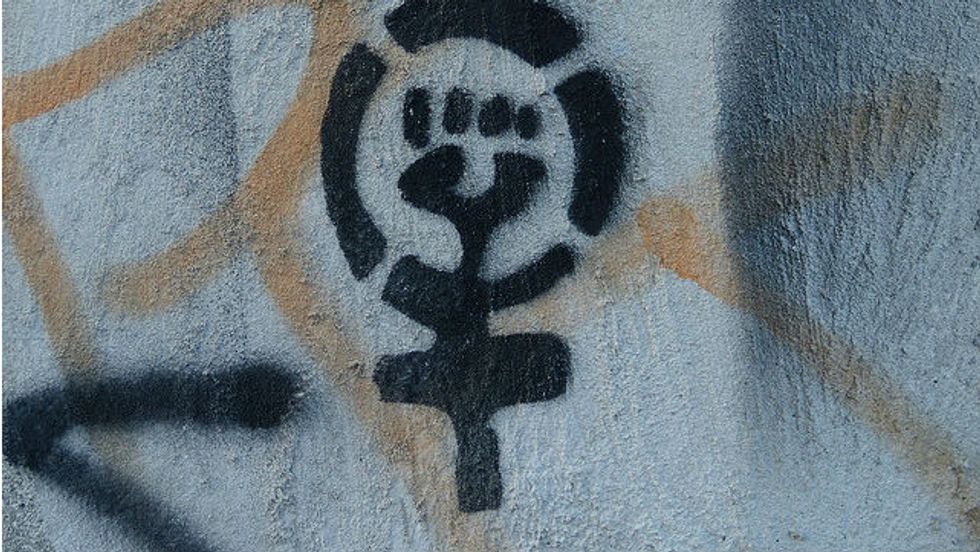 A fascinating study that is monumental in its research scope and ambitions is published in the fall American Political Science Review, the flagship scholarly journal for the discipline.  Researchers S. Laurel Weldon and Mala Htun have conducted the largest global study on violence against women. They’re interested in progressive policy change, and how it happens.*

The scope of their data is unprecedented. It includes every region of the world, 70 countries, and encompasses 85 percent of the world’s population. The data analysis alone took five years, and the research itself was conducted over four decades.

Out of this herculean research effort, Weldon and Htun conclude that the “mobilization of feminist movements is more important for change than the wealth of nations, left-wing political parties, or the number of women politicians” in a country, according to the APSR press release.

The authors found that these vibrant and autonomous feminist movements were the first to articulate the issue of violence against women, mobilize political will against it, and catalyze government action. Other organizations, even those with progressive leanings, tended to sideline issues perceived as being only relevant to women.

Once movements have called public attention to the damage of violence against women—it’s a drain on society, and not just women’s lives—those movements have an “enduring impact through the institutionalization of feminist ideas” about violence.

The autonomy of the movements in civil society emerges as a key characteristic. These movements commandeered public attention and support, and they could organize around these priorities without “having to answer to broader organizational concerns or men's needs.”

Weldon and Htun define “autonomy” as “independence not only from the state but also from all institutions with a more general focus.” It’s “a form of women’s mobilization that is devoted to promoting women’s status and wellbeing independently of political parties and other associations that do not have the status of women as their main concern.”

A second key insight is that social movements matter. The grassroots, often tiresome work of one-on-one organizing, mobilization, advocacy and education about the issue makes a difference. The authors conclude from this research that social movements and civil society are crucial to change.

This is heartening news. There’s a tendency to feel hopeless in the face of the Big Trends and the analyses of the violence and degradation against women as collateral damage of what feel like almost insurmountable “larger problems” and social pathology. For example we sometimes think of violence against women as mostly a by-product of economic development and educational opportunities, or lack thereof.

Conversely, there’s a consoling tendency to think that once these economic conditions improve, violence against women will diminish naturally, as a happy consequence of other social changes.

This research concludes that the work of individuals in civil society not only makes a difference, but makes the difference in comparison to other potential but more indirect levers of social change, such as having left-leaning parties or more national wealth.  Write Weldon and Htun, the “effects of autonomous organizing are more important in our analysis than women’s…representation inside the legislature or the impact of political parties. Nor do economic factors such as national wealth trump the societal causes of policy making. Although these intra-legislative and economic factors have received a great deal of attention…they are inadequate to explain the significant changes in policies on violence against women. Civil society holds the key here.”

The authors observe that “violence against women is rarely raised as an issue, much less as a priority, without pressure from feminists,” and “this is true even among progressive social justice organizations and human rights groups.” Progressive groups aren’t inclined to see violence against women as human rights violations, even when they adhere to human rights perspectives and priorities. Having an autonomous feminist movement makes the issue relevant and visible.

In other words, there is no proxy cause, or substitute, for raising the issue as its own issue, and not an ancillary one in a larger social agenda. And the “me, too” approach of appending a concern for “women’s issues” to a left, progressive or liberal agenda doesn’t have the same magnitude or effect, either.

Weldon confirms that violence against women is a global problem, of sobering dimensions. Other research confirms “astonishingly high rates of sexual assault, stalking, trafficking, violence in intimate relationships, and other violations of women’s bodies and psyches,” she says. A powerful tool to mitigate and combat these conditions is an autonomous feminist movement.

I’m going to remember this study’s findings every time I read another toss-out line about how “annoying” or irrelevant people find feminism to be, or that we’re in a post-feminist age. Feminism works globally. And it works, here, too. It raises issues and addresses them in ways that other movements—even kindred movements and parties—do not.