The Tier-Ing of College, and the Damage Done 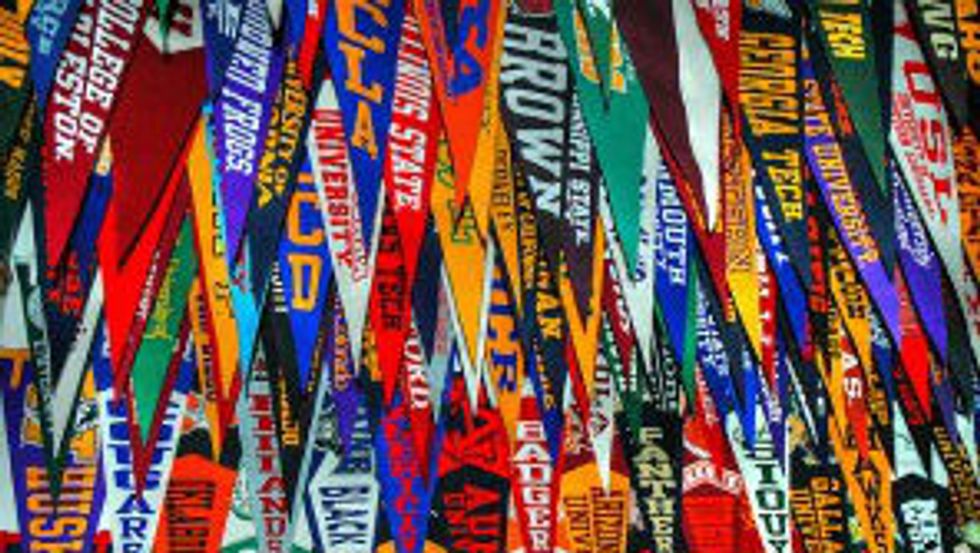 “If you want to go to a top-tier school…;” It’s a “lower-tier school, but good…” In conversations about college, you often hear rankings-focused comments.

It’s difficult to remember the time before college tiers. I never heard the term in my college deliberations in the early 1980s.  We did talk about safety schools, and the Ivy League, but this terrace farming of the higher education landscape into tiers of quality played no part.

A Google nGram search for the phrase “top-tier college” reveals that it was non-existent, as in, never used, in 1982. In 1983, it first appears as a statistically miniscule glimmer. Then its usage skyrockets, all through the 1990s.

You have to hand it to U.S. News & World Report, which published its first “Best Colleges and Universities” rankings in, you guessed it, 1983.

Whether or not you agree with its methods, it singlehandedly changed the conversation about admissions. It’s almost impossible today in college-aspiring, middle-class, or affluent communities to talk about colleges without mentioning rankings which are derived, sometimes distantly, from U.S. News’ list.

Their rankings are perhaps the most influential example of a kind of manic sociological taxonomy. Victorians were obsessed with the sorting and classification of all the elements of the natural world. We apply the same zeal to lifestyle. Rankings lists abound, of the “best” places to live, vacation, get a good night’s sleep, be rich, be poor, suffer a train derailment, or go to college.

It’s not clear to me, even after years of seeing the college rankings, what constitutes a “tier.”

For its part, U.S. News uses the term “tiers” but basically includes the vast majority of schools it ranks in each sub-category as in one tier, and the lower 25% as a second (keep in mind that fine schools that don’t use the SAT fall into the purgatorial tier of the “Unranked”). Ambitious, competitive parents demand a much finer taxonomy, of course, and parse the rankings more minutely.

Shall we call the very “top tier” the top 10 schools in each major category? If we define a tier this way—and I often hear ambitious parents implicitly define it thus, in the sense that nothing less than an Ivy or an uber-elite college will satisfy parental vanity—then three colleges (Williams, Amherst, and Swarthmore) are perennially in the top tier. They’re the top three schools of 2014. On the university side, the perennial top tier include Princeton, Harvard, and Yale. What variety you see is typically just a re-shuffling of these three.

But why not expand the top tier to include—how many others? 20? 30? To many, it would seem improvident to expand your top tier much beyond 30, or it loses its tier-ness. When do we enter into the realm of the lower-tier schools that are still competitive but not the “best”? Who knows. For all the exactitude that a list promises, it spawns judgments that are imprecise but ironclad.

If I were inclined to define the top tier, I’d probably do just as well to define it by going to a sperm bank and seeing which college men produce the most coveted, expensive sperm. Or, by looking at which college’s donated eggs draw top dollar from infertile couples in the personals ads.

Or, I could define the top tier as those schools included in the pretentious “Ivy League Dating Service.”

I agree with U.S. News that college is an important decision, and an expensive one.

When I applied to college, pre U.S. News, two published sources helped me. First, the glossy packets that colleges sent to prospective students. In these brochures, it was always a bright autumn day, and everyone was smiling, lively, and appropriately diverse. These packets were obviously self-promotional, but the material was so extensive that by sheer volume alone, there were many opportunities for the curious, attuned applicant to find a “tell,” some unguarded moment in which the soul of the college revealed itself.

Maybe the tell would be what they chose to feature photographically—more sports, or more drama performances? Or, the words they chose most frequently to describe themselves. I applied to (and attended) Swarthmore for several reasons, but a substantial one was a student-authored poem in their brochure. It was quirky, intense, highly descriptive, and featured students jazzed up about papers and ideas. Although I hadn’t realized it before, that poem captured just what I was looking for in a college.

These materials created a richer forensic scene to pore over for clues as to whether this school would be a good fit.

The second resource that I dog-eared was a book produced by the Yale Daily News, a guide to colleges, as reported out from students. I loved that book. It provided basic information about the percentage of applicants accepted, and their average SAT scores, but it was mostly a book of generous, thoughtful, honest narratives about each college, and its pros and cons as reported by students themselves. It was like the college tour that you wish you could have taken—unexpurgated, but fair. The Yale Daily News felt no compunction to rank the colleges.

U.S. News’ list, in contrast, places colleges firmly in the camp of other major “consumer purchases.” It’s “one of the most important investments” in life. There’s been attention lately to how colleges have become like spas, and how students consume a college education. U.S. News’ logic, subtly, is of the same gist. “When consumers purchase are car or a computer,” they analogize, they have access to data about quality, and should have the same data for college. “From picking a school to buying a car, our rankings help make hard decisions easier.” It's basically the same process, they posit.

But what does a college more closely resemble?  A car, which is inert, stable, and fully-formed, or a community, which is interactive, and transformed by your presence, like an organism? I’d say a college is more like an organism, or community. The quality and nature of the college—the “product”—changes according to the humans who constitute it. And in this sense, it can support no objective indicia to indicate best-ness, because the product in which you are “investing,” unlike a washing machine, changes from consumer to consumer and, indeed, is changed itself by the consumer formerly known as a student.

True, you can collect graduation rates and other statistics that have probative value. But don’t use these objective, factual indicia to declare the subjective status of “the best.” Just use them to create an “Index of Vital and Helpful Statistics on Colleges”—if you must...and I wish you wouldn’t.

"Nothing but naked people: fat ones, thin ones, old, young…"