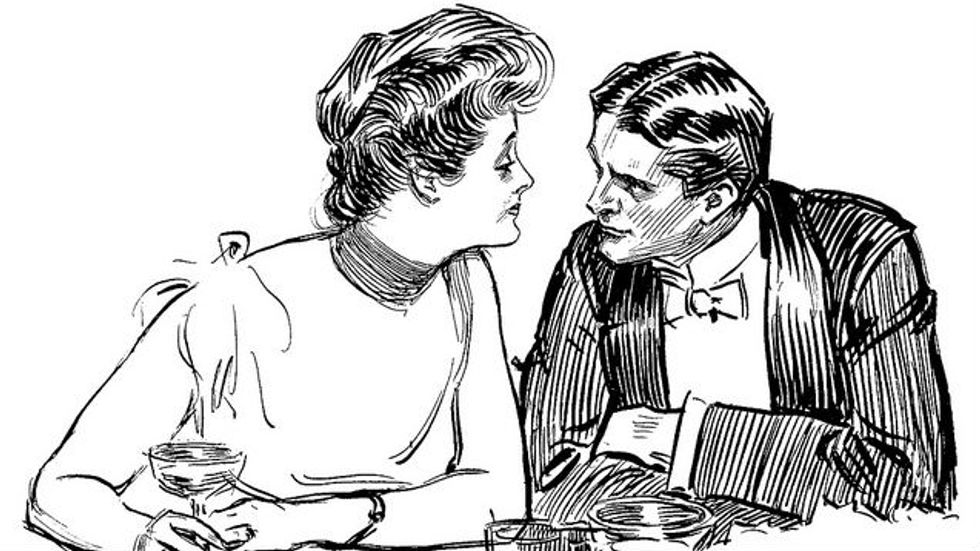 I use the term neo-patriarchy a lot, to describe the worldview that underlies many of the skirmishes in the “war on women.” The important thing is to take it seriously rather than dismiss it as a fringe ethos or an illusion created only by Akin-ish rhetorical mistakes or misstatements.

Neo-patriarchy is a belief that the family and marriage in the 21st century should more or less skip over the 20th century and go back to the 19th.  Roles between husbands and wives should be differentiated—complementary rather than egalitarian and flexible—with the father ruling the household. Promisekeepers call this “taking responsibility,” as if the only way to be a good man, husband, and father is to control or rule the family. This encourages “marital interdependence,” its advocates will say, and that dependency binds a marriage tighter.

Neo-patriarchy sees reproductive freedom, men’s and women’s sexual agency, no-fault divorce laws, some custody arrangements, and abortion and contraception rights as corrosives to the marital structure. Some social conservatives fight all of these things; others, only one or two. Neo-patriarchy rejects women’s emancipation as a movement that weakened the family and mutual dependency and obligation between the sexes. Single parenthood by choice and alternative lifestyles outside of the heterosexual norm undermine the married heterosexual household unit that they feel is the only suitable environment for children.

It’s not that conservatives make lurid rhetorical errors when they talk about “legitimate rape” or the sorrows of birth control. It’s that they hold a worldview that has these beliefs in it or that might reasonably inspire these beliefs, and in which these beliefs form a coherent if disturbing whole.

If you want to know what neo-patriarchy sounds, looks or feels like in everyday life, here are four modest examples from last week’s headlines.

A real estate broker in Tennessee refused to rent a house to an unmarried couple.  He asked if they were married and when he found out they were not, called them “a disgrace to our country, having children out of wedlock.”

Sarah Silverman, who recently called Romney the most “progressive thinker of 1950,” got lectured by a rabbi for her advocacy and her “let my people vote” campaign. “You have latched on to politics because you are searching for something to build,” he wrote—something that was to be found in babies and hubby. “I pray that you pursue marriage and, if you are so blessed, raise children.”  The rabbi got his ass handed to him by Silverman’s dad, whose letter in response began, “Hey asshole,” and ended, “You don’t fuck with my family.”

And remember Arkansas legislative candidate Charlie Fuqua, who writes that the death penalty option for disobedient children would be a good deterrent to sassing out.

In his heart and soul, such as they are discernible, patterned, or consistently intelligible, I don’t believe that Romney has zealously radical convictions about marriage and sex. He doesn’t seem that impassioned around anything, even his own ambition, which he pursues with robotic soullessness.

So far as I can tell, his only abiding and lasting loyalties are to private commitments of family, friends and faith. Probably, in those commitments, he’s a perfectly nice man.

But that has nothing to do with the presidency. Were he president, Romney would “dance with those who brung him”—many of whom espouse radical social views.

Those who hold these views are a minority, but a powerful one, within communities of faith. It’s important not to dismiss them as fumbling outliers who are, habitually, speaking inartfully or getting misunderstood.

One alternative in everyday life to slapping wives and putting disobedient children to death within the frame of the Judeo-Christian tradition —even for those with strident views—is the social practice of empathy.

My 82-year old mother is a woman of faith and she is the most sincerely empathetic person that I know. When confronted with new people, even people who have done terrible things, she listens more than she talks. She nods a lot. She keeps some private judgments to herself, and acts in public according to the Christian values of forgiveness and good manners and the Golden Rule. She’s not one to cast the first, or any, stone.

There are other examples of empathetic practice around marriage and sex, but they are harder to hear over the din of judgment hurled across the cultural chasm.

I recall a story some years ago from a “single mothers by choice” advice book. An unmarried woman had moved to a small, very conservative town, for her job. She wanted to have a baby, time was running out, and marriage wasn’t in her future. The woman got pregnant, and was delighted that she could become a mother. She had a good job and was stable in her life, but she feared deeply the reaction from her new neighbors. They were socially conservative, and she didn’t really fit in, and hadn’t lived there long.  Now she was having a baby out of wedlock.

Instead of feeling judged and shunned, the opposite happened. Neighbors that she didn’t know well left gift baskets of hand-me-down infant clothes on her doorstep.  They shared casseroles and volunteered to help.

They didn’t deny her housing, write her angry letters, or assault her. It sounds basic, but maybe we need to be reminded of this alternative empathetic approach.