It’s Not that You’re Splitting Up, it’s That You’re_______ : Four Different and Consoling Ways to Think Your Way Out of a Break-Up 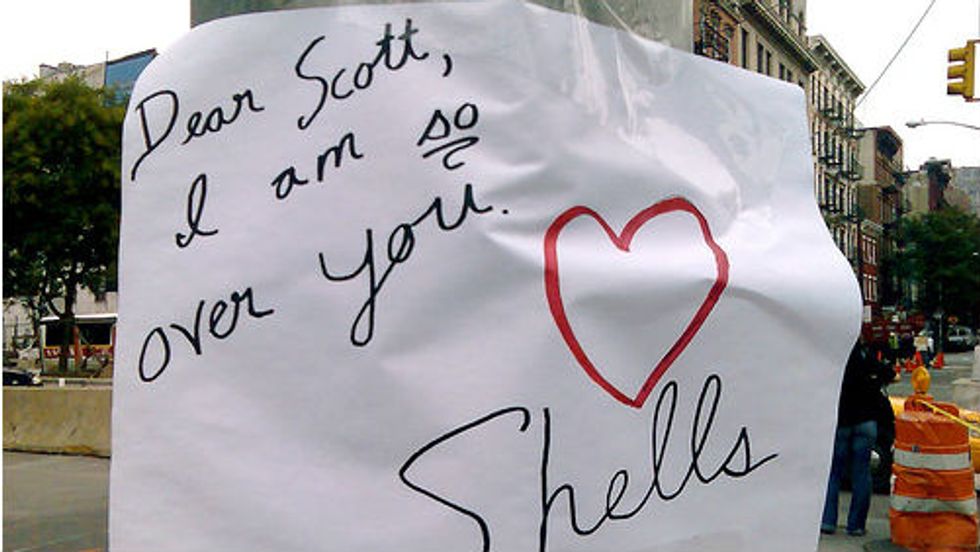 I recently participated in a “relationship summit” on break ups.

I don’t know how wise or helpful I was. When it comes to break-up and heartache recovery, I’m not sure that anyone’s improved appreciably on the old strategy of “tears, shots of tequila, sleeping on your friend’s ratty sofa, and hours of perseverative conversation about the ex and the relationship until you bore even yourself, to say nothing of your friends, who pray that you won’t sit next to them, and put on a conversational Screen Saver function if you do.”

I’m joking. We’ve all been there. And if we were lucky, we had friends who selflessly talked us down from the ledge.

But I’ve had a few weeks to think further about how to deploy our big brains to subdue the heart’s agonies and mess-ups, and I’ve gone back to the timeless sources—not self-improvement books, therapists, or counselors, per se, but the fiction writers and poets who can turn the theme on a surprising angle.

Much of how we feel about anything depends on how we tell the story.

So here are four different narrations of a break-up that might be useful (or at least less trite) if you or your friend is going through one.

It’s Not That You Failed at Marriage. It’s That Marriage Failed You. A major theme of my book is that maybe the problem’s not your spouse, and it’s not you. Maybe it really is marriage, the institution itself, and what it demands of us. Our first impulse is to assign blame for the break up, often to ourselves. We tell friends that we failed as partners, or that our partners failed us. But we should go easy on each other. Being married asks a lot of us, and our expectations for lifelong, committed relationships haven’t necessarily kept pace with 21st century realities.

For example, could we really have expected each other to fulfill so many different roles in life, a la the romantic ideal?

The incomparable Kurt Vonnegut looked at it this way: No matter what the causes of the break up, there’s really only one. Two people at the end of a marriage should say, “I’m sorry. You, being human, need a hundred affectionate and like-minded companions. I’m only one person. I tried, but I could never be a hundred people to you. You tried, but you could never be a hundred people to me. Too bad. Good-bye.”

It’s Not That Your Relationship Ended. It Just Came To “The End Of Its Triumph.” This lovely twist on failure comes from Jack Gilbert’s poem, “Failing and Flying.” It begins, “Everyone forgets that Icarus also flew./It’s the same when love comes to an end.” Then he describes lovely, fleeting moments from an ended marriage and questions, how can they say the marriage failed? “I believe Icarus was not failing as he fell, but just coming to the end of his triumph.”

Does an intimate relationship need to be forever, or ever after, to be successful? Maybe a “successful” relationship can be for a decade. We’ve done what we can for each other, and gone as far as we can together. The relationship comes to the end of its natural life. Break ups have a pungent residue of failure, but they don’t need to be hostile—or even a failure.

It’s Not the End of the Book. It’s The End of a Chapter. Every relationship that doesn’t end in marriage or lifetime commitment will end with a break up, and roughly half that end in marriage will end with a break up, as well. The problem with the “It’s over. We’re done.” narrative is its rapier finality. You can hear the door slamming shut, with no other door (that is, a new love) in sight.

It’s especially true if you’ve got children, because you’ll be in each other’s lives as co-parents forever. And maybe your post-divorce life will gel into a rich friendship, or partnership, and the divorce will be a sad middle chapter in a longer, happier story. Not a fairy tale, but a happier story.

You Didn’t “Break Up.” You “Let Go.”  Maybe this is a vernacular Zen approach. Love and attachment are impermanent by nature—and ideally so.  “The end of desire is the end of sorrow;” “Life is easy if you have no preferences.” It’s only our possessive preferences that break our hearts and cloud our wisdom. Easier said than done, of course.

I was chatting with an acquaintance one night, about whether a “mutual break-up” can really happen. “It can’t,” he commented, “unless the two people say, ‘I want to break up with you’ at exactly the same moment, out loud.”

He has a point. Usually, one feels like the ditch-ee; the other like the ditch-er. Telling the story as a “break-up” almost requires this, because breaking and “splitting up” evoke violent, sudden actions, and are usually done by a person to a thing.  Break is a transitive verb. It requires subject and object.

But it’s so often the case that there’s a lot of genuine ambivalence in a relationship, and hidden reciprocity in the break up. We get to thinking that we want the person back, once we’re ditched, so we forget our own misgivings.

“Letting things drift” and “Letting it go” are metaphors that let us down so much more gently, and they’re often more accurate and honest assessments of a relationship. In these situations, did we really break up, or did we both, together, let it go—regardless of who said it first?

Finally… if all else fails? You might just have to go Bob Dylan on the situation:  “I don’t mind leaving, baby. I’d just like it to be my idea.”