Has the NRA Finally Jumped the Shark? 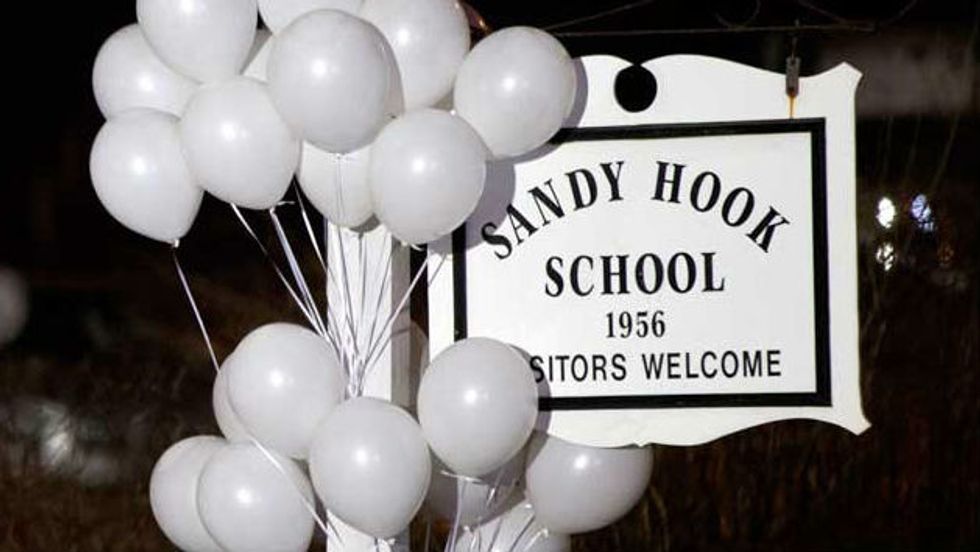 To answer my own headline, not likely. The National Rifle Association seems to lead an “Even I Can’t Kill Me” charmed existence as the most powerful lobby in DC, and doubtless will continue to do so.

Still, the NRA made progress toward diminished capacity today with its keenly-anticipated and, as it turns out, surreal, press conference that “stunned” Washington observers. It was their first comment since the Newtown, CT mass murder of kindergartners.

The NRA promised that when they finally spoke, they would make a “meaningful” contribution to the national soul-sickness and heartache awakened by the mass shooting in Connecticut.

Hope drips eternal. Before this press conference I harbored a dim optimism that the NRA couldn’t devise and articulate an absurd position after such a tragedy.

They managed. The answer to mass shootings in schools is to put more guns in schools. The NRA recommended today that we have armed guards in each and every school.

But no, you don’t understand! This will all work out because, and I’m quoting, we’re going to give guns to the “good guys.”

Oh, Now I get it! The good guys will kill the meanies for us in schools, if only we arm them.

That will work. If you live in a DC Comics book, a second-rate movie, a cereal box top, or any other place where the NRA’s formative categories of “good” and “bad” people are inviolable, eternally stable, fixed, and easily discerned (You see, the bad guys wear black clothes and are ugly. The good guys wear white, and they’re pretty).

There are many problems with this proposal and they can’t all be discussed. There’s the fact that bad people can grab the guns of the good people, to be sure. There’s also the fact that good people such as curious, clever, and intrepid 5-year-olds, might grab the gun and do a bad thing. There’s always the possibility of over-reaction, of damage caused by a jittery, good-guy vigilante against fellow good guys…

But I’ll focus on the one overarching piece of this that has been perplexing me since the horror of Newtown happened. All of these mass shootings—and we have an archive to choose from—were perpetrated by “good” guys:  They were committed by people who were law-abiding non-criminals up until the moment when they committed ruthless mass murder, most often in affluent, suburban malls and schools. Dylan Klebold, Eric Harris, Aurora shooter James Holmes, Ryan Lanza (and his mother, Nancy, who owned the guns), University of Texas shooter Charles Whitman, who was suffering from a brain tumor when he gunned down over 30 people on campus in 1966, and Virginia Tech’s Seung-Hui Cho among others all would have qualified for the NRA’s pantheon of good guys who they imagine defending others with their guns against bad people.

In real life, as we’ve now seen in many examples, erstwhile good guys commit these murders. They most often don’t have criminal records. They don’t sling hash on a corner in West Baltimore. They aren’t “gang bangers.” They don’t have assault charges against them. Some, while mentally ill, have no record of a mental illness diagnosis or, alas, treatment. Most are affluent; many are well-educated.

So what logic or protection is there in asserting that “good guys” will protect us from “criminals” when the categories themselves in the case of mass shootings are so unstable, the "good guy" proving evil?

It’s best not to divine policy through reliance on fixed notions about what “sort of people” do what, and what sort will protect us against the other sort.

As terrorism expert Marc Sageman has written, a “terrorist” isn’t a fixed, inviolable human identity, or category. Terrorism is an activity—it’s something that people do, and most of the people who eventually commit criminal acts of terrorism slide in and out of that identity. They’re not walking around forever and only thinking or acting like a terrorist.

While this mercurial truth might disturb us, and we might wish with all our hearts that the world was color-coded for us more plainly, just like Hollywood promises, the same insight applies to criminals.

Erstwhile good people—in the sense that they have no criminal past, record, or apparent inclination—commit heinous crimes, or so the nation's archive of mass shootings would suggest.

We indulge in soothing gullibility about this at our own peril.

The vast majority of our mass shooters became criminals,moving from apparent good guys to bad, only at the moment they committed murders--murders that, beforehand, were unimaginable to us in their ruthlessness, senselessness, and cruelty. The perpetrators weren't color-coded for us as criminal madmen in advance.