Feminism Called. It Wants Its Movement Back 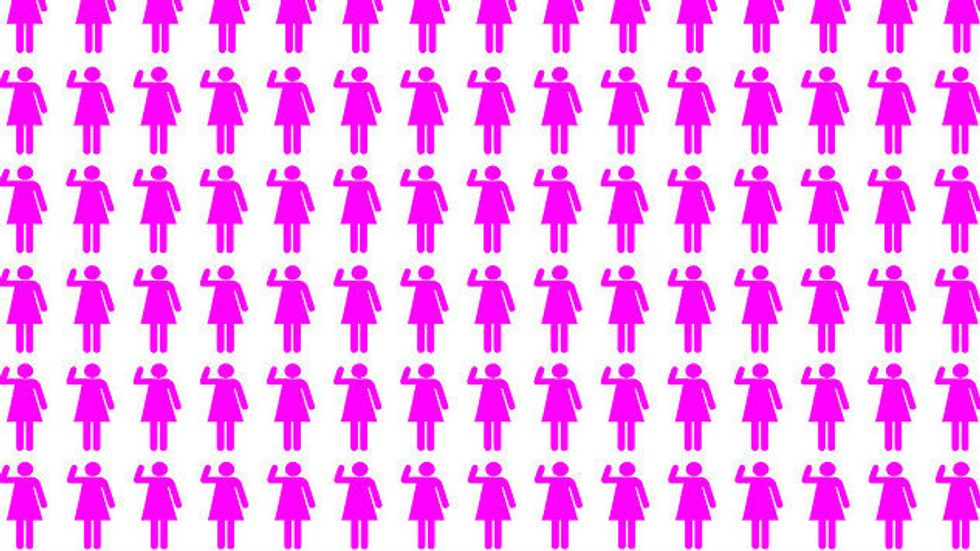 Kate Losse reviewed Sheryl Sandberg’s Lean In unfavorably in Dissent. For this reason, her publicist tweeted that Losse is going to “a special place in hell,” reserved for women who don’t support other women.

First, I’m so tired of this kind of slapdash, hyperbolic nastiness.

Second, has it really come to this?  Are we so confused about what feminism means, that a publicist could construe this review as not supporting women, and Sandberg’s book as the feminist gold standard?

And here I was, all prepared to look on the bright side of Sandberg’s book, but this makes me cranky.

“Feminism,” however you specify it, is a political and a cultural worldview that looks at how gender and sex matter, and tries to redress injustices. It’s a belief system. Feminism also means that you care about all women. It’s not a mission to make all women CEOs, but to improve the lives of the billions of non-CEO females, too. That makes the matter of being a feminist more demanding than making your personal choices and having your personal successes and chalking it up to a feminist act. The term has to go beyond a class-based perspective, or interests. Otherwise, it has no soul.

The one thing feminism never meant is, “I got to the top of the corporate ladder and I make boatloads of money in a corporation that doesn’t seem honestly to care about women any more than any other corporation designed to extract maximum labor for minimum pay, and you can get yours, too.”

Since when do feminists, or any other progressives, take their marching orders from a corporate COO?  Have we descended this far into the worship of tumescent individualism and the gospel of wealth revival, that a corporate honcho is puzzled not to be welcomed as a vessel for revolutionary guidance about feminism?

As I read it, this was one point of the Dissent review. It very much supports women, by any class-aware standard: it critiques that Sandberg asks women to stick it out in economic cultures that don’t stick it out for them. That disregard is obvious to those who study economic inequality and the struggles of women workers today, or who don’t exalt in the technology-extended workday.

But the reviewer’s reluctance to suck the toes of this one woman, a corporate COO, and her allusions instead to the poor and underpaid women in this new economy mean that she doesn’t “support” women.

Books and articles of Sandberg’s genre (successful women opining on career and motherhood) tend to generalize their lives to “women” as a generic class, and assume that their experiences are probative for any other woman. Maybe that’s why Sandberg is surprised that she’s not celebrated as a role model. Aren’t other women her people, after all?

To be fair, Sandberg can be a role model.  For women who want to achieve in corporate America, and who define success in this way, then she’s an example of how to do this. She also reiterates points that many researchers have made before; namely, that girls get penalized for being ambitious and “bossy”—this still happens today. It’s useful to have Sandberg amplifying that point, and a few like it.

And I applaud her insight that women are doing themselves a disservice, whatever their goals, when they start fretting about husbands, children, and families that they don’t even have yet. The best insight that I take out of Sandberg’s work—and it’s a crucial one—is that young women should follow an ambition rather than prematurely killing it, whatever the dream may be, because they think it will be impossible to fulfill if they have kids or a family. Again, it's a point that's been made elsewhere, but is always good to underscore.

But here’s the obese elephant in the room: class. In America, we eradicate sex inequalities so that class inequalities are then free to thrive, among women, although many have a tin ear for class, and imagine that class is erased by sex unity. This isn’t backlash—a war between men and women--but whiplash, a war among women, whose fortunes have diverged dramatically since the late 1970s, based on education, earning power, and marital and parental status.

Whiplash is often the subtextual outrage, when other women lash out against works like Sandberg’s, or Ann Marie Slaughter’s, or Naomi Wolf’s vagina-gazing, or when they heap blame, as they did in 1994, on a female doctor whose baby was perhaps murdered by the nanny, or in the quotidian skirmishes of the mommy wars.

The problem as I see it is trying to generalize that message to women as a category, and to expect women who must fight daily against corporate interests and class privilege to embrace her—arguably, the corporate oppressor, in the endangered lingua franca of left politics—as a role model, hero, or liberator.

Another euphemism is “leadership.” If you’re interested in becoming a wealthy business leader, then the book will have good advice for you. Another of Sandberg’s points is that if this is the life you want, you can’t let the boys push you around when you’re trying to achieve it.

When I think of leadership, however—and, especially, when I pair it with feminism—I don’t think of COOs. I think of activists, who are community and political leaders. I also think of “thought leaders” and investigative journalists and researchers in public health or medicine, for example, especially those who work on behalf of women.

I also suspect that men and women today aspire to be pioneers in their work, more than leaders, per se. They want to have a creatively rich life, with some autonomy, and to be “innovative,” which is different from leadership.

I don’t know that Sandberg’s notion of leadership really resonates that strongly with women or men today. She seems to imply that women have dialed down their ambition for work, but haven’t men lost much of that ambition, too? Pew and other opinion research in the 21st century show that both young men and women have waning enthusiasm for “becoming wealthy,” or for taking on more hours and more responsibility at work, or for climbing a corporate ladder. Men have lost that enthusiasm more dramatically than women, according to a study out of Radcliffe.

Instead, they want a “small plate” life: They want some meaningful work, a comfortable living, some time to raise their children, ample leisure time, and perhaps a chance to move laterally, not up, and change careers once in a while.

It’s almost as if feminism allowed women to become more ambitious at work, and for men to become less so, and more interested in non-breadwinner roles, and now the two of them have met in the middle, and are arriving, perhaps, at a new, unisex idea of The Good Life vis a vis career.

And it’s not a bad standard, so long as it’s a dream that they arrive at enthusiastically, rather than through hypothetical fear about the high-pressure career—which is one of Sandberg’s important points, to finish on a non-cranky note.