E-SPERM FOR SALE: MAN NOT INCLUDED 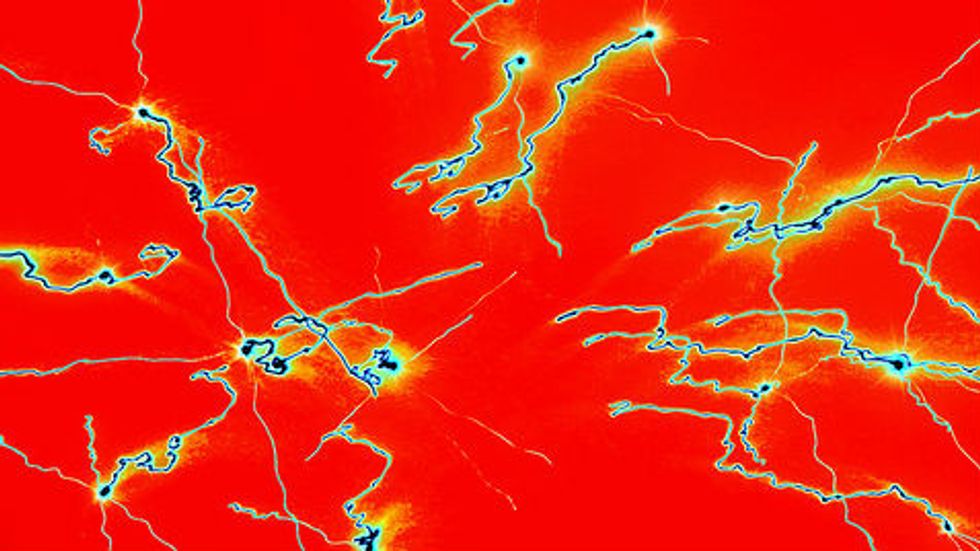 College in a Nutskull is a wickedly entertaining collection of bloopers from college students’ exam books. It includes this gem of unwitting brilliance about post-millennial marriage:

“By being intelligent and informed, modern woman can produce even more scholarly inept children. In any case, if mom can raise the kids, then dad is left as little more than conscious fertilizer.  Why should anyone be sorry about the end of the thermonuclear family?”

Poor men. In our post-industrial, post-colonial, post-modern—and post-romantic—times, we need them for so little. All those “post-s,” together, amount to a post-man age. We don’t need them to kill tigers that wander into our colonial outposts; we don’t need them to don gray flannel suits and be our meal tickets; we don’t need a husband to have social status, a sex life, or cultural standing. They’re demoted to “conscious fertilizer.”

Now, even the most reliable arrow in Tarzan’s quiver is going limp: his biologically-ordained role as the facilitator of one of Jane’s enduring dreams, the dream of having a baby. BBC World News Today commented this Sunday on the rise of young women who go to online, do-it-yourself sperm banks as a place of first resort. They skip the Mr. Right, Dating, and Having Sex rigamarole. They cut out the (middle)man and go to online gamete emporiums, easily located courtesy of Google.

Some of these DIY sperm banks are shady. In Britain, two men were arrested for running an illegal online sperm bank out of their basement, with no medical qualifications or experience. One of them ran a printing business before switching to sperm. I suppose there’s some similarity, insofar as both businesses involved reproduction, of a kind.

For the customer, An Affair to Remember it’s not. By the old romantic narrative, you fell in love early, got married to that first love, had sex, and then you had children (remember, “first comes love, then comes marriage, then comes baby in the baby carriage?”). Now, you can run that entire sequence in reverse. You can get pregnant using DIY sperm, and then years down the line, when your child’s grown, meet your big love, have a relationship, have sex, and get married.

It’s a great example of what I mean by “post-romantic”:  The component parts of life--love, marriage, sex, reproduction, and parenthood--are tessellated.  If the romantic life story is a line drawing, our post-romantic story is a Picasso painting on steroids. The pieces have been shattered, and can be re-arranged any which way.

Consider Lara, a 25-year-old, self-confessed “sperm hunter.” She’s not looking for a husband, lover, or father.  “I want a baby, not a man,” she explains. That’s right out of my book, Marriage Confidential. I talk about how children are “the new spouses,” the emotional and romantic anchors of many a modern family.

Lara is a homo economicus but about sex, not economics. She’s spent several hundred dollars on ovulation detection kits because “there is no point going out and meeting a man if I’m not at my most fertile.” When the time is right, she goes out to a bar with friends, pretends to be drunk, displays her full breasts—depressingly, as Lara describes it, men prefer their women big-boobed and semi-conscious—and tells them that she’s only interested in a one-night stand.

“When I do get pregnant,” she says, “I won't contact the father. I never give out my number or ask for his…. I'm sure lots of people will judge me and think I am insane — but I'm simply being honest,” Lara concludes. “To me, it's exactly the same as going to a sperm donor, but in my case no money changes hands.”

In Lara’s account, what we used to know as “having a sex life” comes across mostly as a more dangerous, inefficient yet at least affordable mode of sperm delivery. Lara says that she can’t afford sperm banks.

The outsourcing of reproduction isn’t just about sperm.  An emerging “reproductive tourism” business rivals sex tourism. Even in tourism, sex and reproduction aren’t happening in the same place anymore. Virginia is for lovers, but Thailand is for sex, and India is for blastulas.

“Healthy young women! Super-ovulated exclusively for you!,”  ads from India tantalize. Fertility services are unregulated in India, so western women such as Ekaterina, from the UK, go there to be implanted with a donor egg from an Indian woman, that was fertilized with sperm, in Ekaterina’s case, from a Dutch man, smuggled into Mumbai with her doctor’s help.  Our racial identities are very a la carte today.

Picking up the mood of cafeteria- style reproduction, the French Institute Alliance Francaise’s annual festival in New York this week featured an installation by Prune Nourry called Sperm Bar. It’s an interactive piece that “brings the online sperm-bank shopping experience” to Museum Mile. You can buy drinks at the stand inspired by the characteristics of random pedestrians.

It can make a man glum, to see his  vital essence sold like a hot pretzel. Complains a male BBC reporter, “All men are is sperm donors, and most women aren’t going to want an unemployable sperm donor loafing around and making the house look untidy.”

There’s sometimes an accusatory whine directed at women for our brave new world. Men aren’t adapted to a world where they have to earn their social perks or privilege by bringing something to the table.

But that’s the new reality of economy, and marriage. Americans have this way of acting like purely self-interested, self-motivated, market-savvy entrepreneurial libertarians at the most inconvenient times:  Conservatives and many Republicans dearly wish that we’d be all laissez-faire and independent when it comes to dismantling Social Security and the safety net—but not when it comes to marriage, the family, sex, abortion, or reproduction, matters about which they have emphatic, regulatory and interventionist stances.

Men, you’ll have to try harder, I guess, to rise above your conscious fertilizer demotion if it indeed bothers you. If you want women to find you needful, then make yourself a great lover, or learn how to make a killer lasagna, or do the childrearing. Whatever gives you “value-added” in domestic life. Then, the women you want to treat you with awed gratitude will be happy to get their sperm attached to a man again.

I’ll have more to say about why you should be cheering the “end of men,” even if you’re a man, in my next column.

One final thing: is there an upside to this dystopia of reproductive tourism with super-ovulated (and, I fear, exploited) women, and sperm in Ziploc bags?  Isn’t there a hint of a post-gender utopia in the ways that all of the “essential” and fixed biological realities that have shaped gender identity for centuries have gotten subdivided into so many pieces and discrete actions? These new reproductive realities can reorient our imagination about how biological reproduction fits with identity, in ways that could benefit our evolution as humans, if not as “men and women.” We’ve been told forever that biology is destiny. But it doesn’t feel like destiny when it’s something sold online and outsourced. Maybe that’s a good, or at least a curious, thing to think.