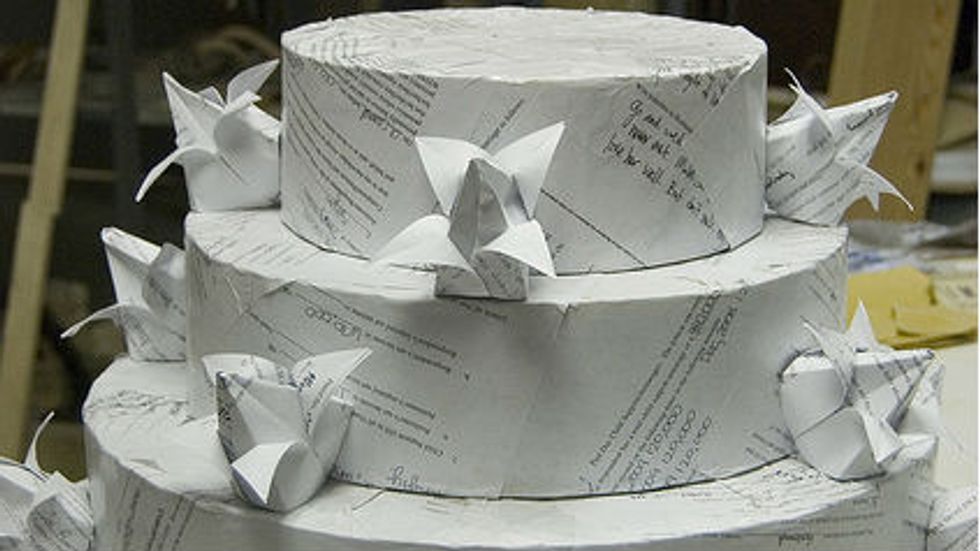 Venezuela has passed a landmark labor law for stay-at-home mothers. Full-time mothers will be able to collect a pension, in recognition of “non-salaried work traditionally done by women.”

Meanwhile, in the U.S., our stay-at-home caregivers are thrown at the mercy of their spouse’s generosity and divorce settlements that are becoming less, not more, responsive to the reality that parenting is work.

A new movement in the U.S. challenges even the shaky protections afforded by alimony.

It was upsetting to read the vitriol and lack of compassion in the comments section, even of the usually thoughtful, high-toned Diane Rehm show, when her guests discussed alimony. Bitter husbands saw themselves as “enslaved” by exes and alimony obligation, and a few implied that wives who raise children and manage a household are basically lazy succubae who sit on their asses in a state of “retirement” that their husbands will never enjoy.

One obvious problem here is that divorcing spouses often don’t like each other. Sometimes, they hate each other. They can’t muster the unselfishness that decency requires.

Tragically, children and money become “weaponized” in many a divorce proceeding, the tools by which rage-fueled spouses punish each other.

If you have such anger toward your wife that you see her as a moocher and yourself as “enslaved” or “trapped,” then you shouldn’t be fighting that battle after the fact in divorce court. You owe it to yourself and your spouse to do the grown-up thing of talking about the problem while it’s actually happening, or forever hold your peace. There should be a statute of limitation on marital complaints.

In dual-earner marriages, where both spouses earn roughly equal, then maybe alimony doesn’t make sense (but I personally don’t know of equal-earning spouses who expect that kind of support). What does make sense is child support—hopefully a no-brainer—and the one-time, fair division of real estate and wealth accumulated during the marriage, under community property provisions.

As for stay-at-home parents: We don’t live in a free market petri dish, where each individual can easily find employment at will.

Post-2008, I wonder who would hire a stay-at-home parent in her 40s or 50s, who doesn’t have current skill sets, and who has no employment record for the last decades.

And for the high-earning wives who object to alimony: What’s good for the gander is good for the goose. A stay-at-home dad who’s foregone career, earning power, and skill-building to shoulder the primary caregiving isn’t necessarily going to fare any better when he tries to re-enter the economy, post-divorce. Most likely, he’ll be passed over for a younger employee.

The phrase “suck it up” comes to mind.

If a spouse lands a great job, then the alimony can be adjusted downward, but it still has to be recognized that a great salary post-divorce can’t compensate for opportunity costs, lost 401K contributions and other forms of lost, pre-divorce capital accumulation, tangible and figurative. Even better would be arrangements whereby a working spouse can set up a 401K for his non-working spouse, too, while they’re married.

That’s one lesson: In marriage, it’s best to think about worst case scenarios before you hate each other’s guts, and before divorce lawyer vultures start circling to pick your bones clean of whatever wealth you’ve accumulated.

I’m convinced that divorcing spouses—even the bitter ones—start out with more good will and imagination than divorce lawyers will subsequently permit them to have.

This is where economists can save the day. Behavioral economics applies economic principles to real-world behavior, which often falls short of the rational ideal—nowhere more so than in divorce.

Behavioral economics plucks alimony and the motherhood wars out of the inflamed worlds of the culture war and gender politics to tackle them in the refreshingly cool, dispassionate language of their discipline. Ian Smith writes, for example, that the “domestically specialized” wife faces financial and “bargaining” hazards. "In the absence of contractual protection, sinking an investment that asymmetrically limits a partner's outside options creates the behavioral risk of spousal opportunism. This risk is especially severe for wives locked-in to a heavy, marriage-specific investment at an early stage in the relationship." Exactly.

In other words: the stay-at-home wife who forgoes career opportunities for parenting has made a risky, uncertain investment that’s front-loaded in the marriage. It deprives her of opportunities when both her professional and her marital clout, to put it bluntly, are at their highest, usually in the 20s, 30s and very early 40s.

For this reason it's important, Smith notes, that spouses who intend to be home-makers negotiate "marital terms" favorable to their heavy, initial investment prior to marriage, through pre-nups. This is "likely to generate fairer outcomes than those emerging in the post-marital separation agreements…Given that age, fecundity and marital investment diminish women's outside options faster than those of men, the so called 'bargaining squeeze,' women can strike the best bargains when they are young, and while love is strong and a fair division more likely."

In practice, however, wives in "traditional marriages," Smith finds, "are less likely to write a marital contract, even though they apparently have the most to gain from doing so," perhaps because they have the most conventionally romantic views of marriage going in. Lynn Baker and Robert Emery found that 81 percent of the wives in their research expected that the court would award them alimony if they requested it at divorce, and all predicted that their spouses would comply.

It may sound unromantic, but the economists have a great point.

Since the U.S. is unlikely to go the way of Venezuela in its recognition of parenthood and homemaking, stay-at-home spouses should do the post-romantic thing and negotiate on the free market to protect themselves, with pre-nups that strike a bargain while their bargaining power is hot.