There’s been a lot of excitement about Costa Rica’s recent announcement that it got 100% of its electricity from clean renewable energy sources for 76 days straight, from the end of June through August. Its total for 2016 so far is 150 days altogether. Costa Rica set a goal of becoming carbon-neutral by 2021, though they’ve recently pushed that back to 2085.

It’s great to have some good climate change news for a change — we need the inspiration — but remember how you heard that a thing that seems too good to be true probably isn’t? Well, it’s not that Costa Rica’s claim isn’t true, exactly. It’s just that it leaves out some critical “buts.” The country does have a genuine and exceptional commitment to fighting climate change, so while its story provides a glimmer of good news, it’s really just a glimmer.

There’s More to the Story Than Power

To begin with, it’s Costa Rica’s electrical grid that’s been running on renewables, but not the transportation system — cars and buses — which accounts for nearly 70% of the country’s energy consumption. (Less than 200 hybrid cars that can take advantage of the clean electricity have been imported.) Adding to the carbon dioxide levels are two big cement plants that burn coal and petroleum coke, and air quality is further affected by the many houses that still burn wood for heat.

But About That Clean, Renewable Electricity

Costa Rica has a hydroelectricity infrastructure that’s supplied the majority of the country’s power since 1989, according to Costa Rican think tank Nivela. 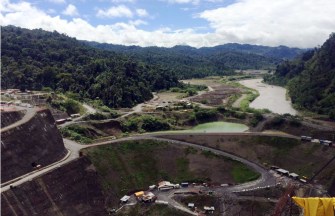 Some years this works better than others — the country suffered a major drought in 2014 — and 2015 and 2016 have been unusually rainy, keeping reservoirs full. The downside? The bountiful downpour is likely due to climate change. Paraguay is another country that gets almost all of its power from hydroelectric, thanks to their Itaipú Dam, and Brazil gets over 75% of its power from hydroelectricity.

Another 12.6% of Costa Rica’s electricity comes from geothermal plants that pull heat from deep in the earth’s crust. 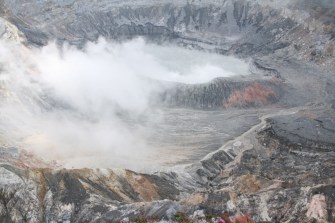 Costa Rica gets another 2% of its electrical power from wind turbines, with a little bit of additional energy coming from biomass burning and solar. 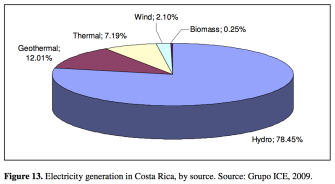 Iceland gets 99% of its electric power from a similar mix of sources: Dammed rivers supply hydroelectric power that meets 70% of demand, and geothermal energy from the collision of the two continental plates the country straddles takes care of the other 30%.

It’s great that Costa Rica’s doing so well meeting demand with clean energy, but its small size means it can get by with producing far lessthan many countries. 51,000 square kilometres in size — about half of Kentucky — with only 5 million people and no real heavy industry, demand in 2015 was met with 10,713 gigawatt-hours of electricity. Compare that to about 4 million gigawatt-hours needed in the U.S. during the same year, and you see why Costa Rica has a smaller mountain to climb than many.

In larger countries, producing sufficient hydroelectric and geothermal power may have to wait for technology beyond what we currently have. The destruction required to even attempt to produce the power larger countries need now would be unacceptable, and likely impossible anyway.

The best way to take the good news from Costa Rica is to count the country among a number of other inspiring nations working diligently to leverage current technology and take advantage of naturally occurring resource opportunities as they arise. Costa Rica joins them at the leading edge of the global effort to safely and non-destructively meet our need for clean, renewable energy.

The war in Ukraine is unlikely to trigger a catastrophic nuclear meltdown. Physics and smart engineering are the reasons why.
Hard Science

The biggest nuclear blast in history came courtesy of Tsar Bomba. We could make something at least 100 times more powerful.
Strange Maps

Deliveries of the $250k Lightyear 0 will start in November 2022.
Up Next
Surprising Science

Scientists conceptualize a potential avenue of creating an embryo with only male cells.