The periodic table is an important but rather dry scientific tool. It lists all the chemical elements, ordered by their atomic numbers. Elements with similar behavior are grouped in the same column (called a group), with metals generally on the left and non-metals (gases) on the right. Rows are called “periods” – hence, periodic table.

All in all, it can be hard for someone not well versed in chemistry to know what all these elements are and where they are used. Enter Keith Enevoldsen, a Boeing software engineer with a degree in physics who created a super-helpful version of the periodic table that makes it easy to see what all the elements can do. His table is interactive and features helpful pictures. Impress your friends and yourself by learning the applications of astatine (radioactive medicine), molybdenum (cutting tools like scissors), krypton (flashlights) and other elements.

Check it out yourself here (or click thru for the interactive version): 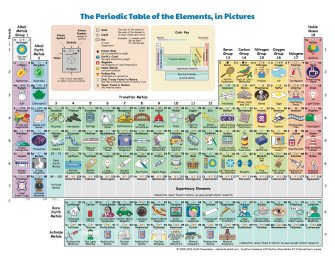 And if pictures aren’t your thing, you can see the same table in words, with detailed descriptions: 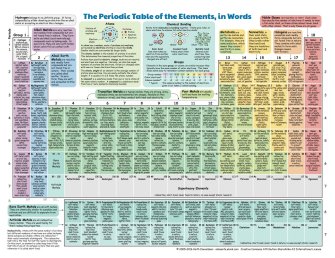 For more features and to see if you perhaps need element trading cards (also available), check out Keith’s page here.

The first periodic table was published in 1869 by the Russian chemist Dmitri Mendeleev, who called his work the Periodic System. Mendeleev put all the known elements in the correct order, based on their relative atomic masses, while successfully predicting the properties of the elements still to be discovered. He was not the only one working on this, with people like British John Newlands, French Alexandre Béguyer de Chancourtois and German Julius Lothar Meyer making important contributions. Still, Mendeleev is considered the “father” of the periodic table for his lasting arrangement.

Caffeine does something, but it’s not clear exactly what.
The Future

Elon Musk is without  doubt one of the great visionaries of our age. But how did he get there?