Lev Landau (1908-1968) was one of Soviet Union’s best physicists. He made contributions to nuclear theory, quantum field theory, and astrophysics, among others. In 1962, he won a Nobel Prize in Physics for developing the mathematical theory of superfluidity. Landau also wrote an immensely influential textbook on physics, teaching generations of scientists.

A brilliant mind, Landau liked to classify everything in his life. He ranked people by their intelligence, beauty (he had a penchant for blondes), contributions to science, how they dressed, and even how they talked – often with a healthy dose of sarcasm.

One of the most famous of Landau’s classifications that has been passed down is his ranking of the greatest physicists of the 20th century. Of course, it wouldn’t have later physicists, as he died in 1968, but these are arguably the most significant names.

This scale is logarithmic, meaning people ranked as rank 1 contributed ten times more (according to Landau) than people ranked as class 2, and so forth. In other words, the higher the number, the less valuable the physicist.

Here’s how this scale broke down:

Einstein, the creator of the Theory of General Relativity, is in a class of his own. Landau thought he was by far the greatest mind among a very impressive group that redefined modern physics.

Landau added, however, that if the list was to be expanded to scientists of the previous centuries, Isaac Newton (1643 – 1727), the titan of classical physics, would also join Einstein at first place with 0.5. 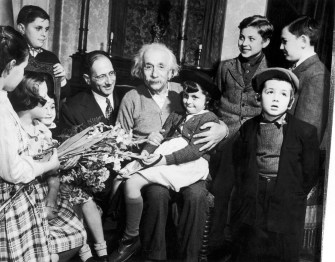 The group in this class of the smartest physicists included the top minds that developed the theories of quantum mechanics.

Werner Heisenberg (1901 – 1976) – a German theoretical physicist, who’s achieved pop-culture fame by being the name of Walter White’s alter ego in Breaking Bad. He is known for the Heiseinberg Uncertainty Principle and his 1932 Nobel Prize award flatly states it was for nothing less than “the creation of quantum mechanics”.

Erwin Schrödinger (1887 – 1961) – an Austrian-Irish physicist who gave us the infamous “Schroedinger’s Cat” thought experiment and other mind-benders from quantum mechanics. The Nobel-prize-winner’s Schrödinger equation calculates the wave function of a system and how it changes over time. 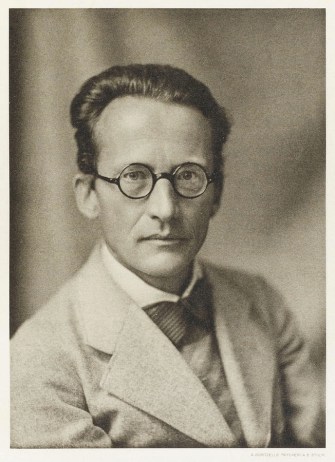 Niels Bohr (1885 – 1962) – a Danish physicist who made founder-level additions to what we know of atomic structure and quantum theory, which led to his 1922 Nobel Prize in Physics.

Satyendra Nath Bose (1894 – 1974) – an Indian mathematician and physicist, known for his quantum mechanics work. He collaborated with Einstein to develop the Bose-Einstein statistics and the theory of the Bose–Einstein condensate. Boson particles are named after him. 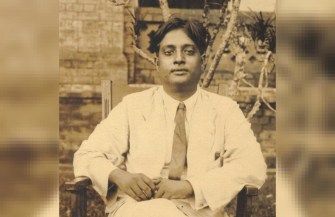 Eugene Wigner (1902 – 1995) – a Hungarian-American theoretical physicist who received the 1963 Nobel Prize in Physics for work on the theory of the atomic nucleus and the elementary particles. Famously, he took part in the meeting with Leo Szilard and Albert Einstein that led to them writing a letter to President Franklin D. Roosevelt which resulted in the creation of the Manhattan Project.

Louis de Broglie (1892 – 1987) – a French theorist who made key contributions to quantum theory. He proposed the wave nature of electrons, suggesting that all matter has wave properties – an example of the concept of wave-particle duality, central to the theory of quantum mechanics.

Enrico Fermi (1901 – 1954) – an American physicist who’s been called the “architect of the nuclear age” as well as the “architect of the Atomic bomb”. He also created the world’s first nuclear reactor and won the 1938 Nobel Prize in Physics for work on induced radioactivity and for discovering transuranium elements. 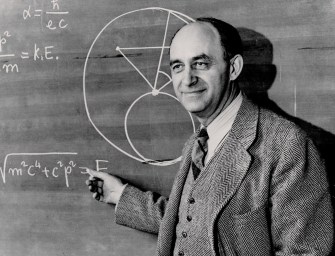 Wolfgang Pauli (1900-1958) – an Austrian theoretical theorist, known as one of the pioneers of quantum physics. He won the 1945 Nobel Prize in Physics for discovering a new law of nature – the exclusion principle (aka the Pauli principle) and developing spin theory.

Max Planck (1858-1947) – a German theoretical physicist who won the 1918 Nobel Prize in Physics for energy quanta. He was the originator of quantum theory, the physics of atomic and subatomic processes. 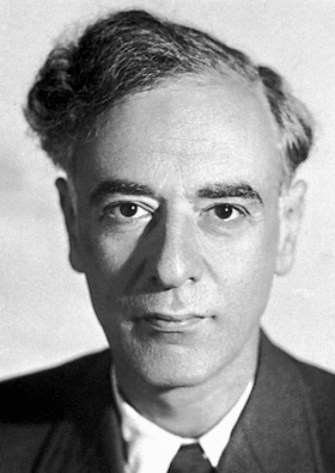 Rank 2.5 is where Landau initially ranked himself, rather modestly, thinking he didn’t produce any foundational accomplishments. He later moved his prominence, as his achievement mounted, to the higher 1.5.

Tags
albert einsteinastronomycosmoshistoryintelligencenobel prizephysicsspace
In this article
albert einsteinastronomycosmoshistoryintelligencenobel prizephysicsspace
Related
High Culture
Why are flood myths so common in stories from ancient cultures around the world?
Could the prevalence of flood myths around the world tell us something about early human migration or even the way our brains work?
The Past
The Wild West was lawless and chaotic — and the police helped keep it that way
Lawmen and outlaws were often the same people.
Thinking
6 great philosophers and how they used their political power
Most philosophers merely contemplate the world, but what about the ones who actually tried to change it?
The Past
Ancient migration: Bering Strait land bridge from Asia to North America was not a one-way road
Ancient humans crossed the Bering Strait land bridge from Asia into North America. But some of them went back.
High Culture
Did Paul Cézanne hide an early self-portrait underneath a 160-year-old still life?
To answer that question, we may have to figure out when the famed painter started to go bald.
Up Next
Neuropsych
6 books to help you through anxious times
Americans lose an estimated 321 million work days every year due to anxiety and depression.