People are fascinated with the idea of near-instantaneous travel, or teleportation. What could be sweeter than stepping onto a platform during a frigid winter day and stepping off it into Hawaiian sunshine? Sign us up right now. We’re not talking about quantum teleportation, mind you, which is something else. We’re talking about that fictional mode of transportation that zaps us from one place to another, a la Star Trek.

Star Trek dates from the 1960s, but, really, the idea has been around for a long time in one form or another. 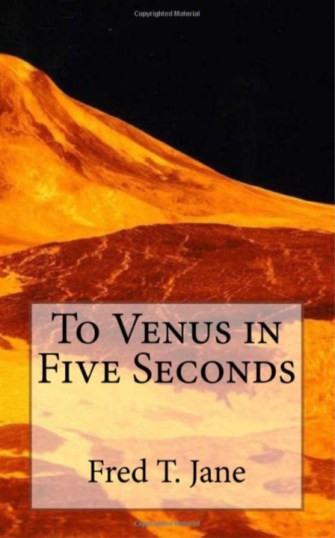 Teleportation’s first use as a way to hop from one planet to another popped up in Fred T. Jane’s 1897 science-fiction parody, To Venus in Five Seconds. In the satire, two Venutian species, the humanoid Sutenraas and the Thotheen — interestingly described as a cross between an elephant and a horsefly — used matter transfer to zip around Venus and also make quick trips to our planet, where they beamed themselves between the Egyptian pyramids and Mexico. While Jane never describes the tech behind his matter transfers, it would presumably have been more science-y than Edgar Rice Burroughs’ means of getting to Mars: wishing.

The word “teleportation” first appeared in the writings of one Charles Fort, whose raison d’etré was unexplained phenomena. Teleportation could be involved, he suggested, in the way objects show up in surprising places and also might explain the sudden disappearances and reappearances of people via in alien abduction. (He was an early proponent of extraterrestrial visitation.) Fort also wrote about frogs raining down from the sky, spontaneous combustion, ball lightning, and so on.

“Mostly in this book I shall specialize upon indications that there exists a transportory force that I shall call ‘Teleportation.”‘ — Fort’s Lo!, 1931

Writers knew a catchy idea when they saw one, and teleportation went on to become a tried-and-true trope in movies: 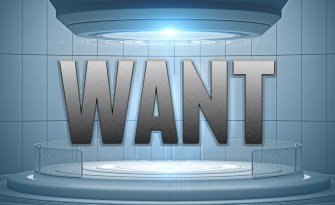 Why do we so badly wish  teleportation was real?

It’s easy to understand why writers love teleportation. Moving characters around can be an arduous, pace-killing problem, especially when the plot demands that they traverse large distances. The poor teleportation-less spacetrotters of Star Wars have to pretty much drive from one end of the galaxy to another (usually via a time-saving screen wipe.)

But what about its appeal to the rest of us?

Some of it undoubtedly comes from our societal sense of tech entitlement as we see so many sci-fi tropes becoming real. Though not generally available, there are flying cars, jet packs, invisibility cloaks, and even 3D printers that produce food in a manner not so very different than replicators.

The most obvious “real” thing teleportation would offers us is effortless mobility, an experience of increasing rarity as air travel becomes more and more difficult for the average person, with cancellations, delays and experiences that seem designed more for the benefit of the airline than us. Slower modes of travel — cars, busses, trains — are typically cheaper, but take so much time. And as long as we’re using our imaginations here, maybe teleportation would be safer, too?

One genuinely cool use of teleportation would be making it easier — or even possible in the first place — for people with mobility issues to get from place to place.

Then there’s the exploration of remote locations, from uncharted places on Earth to distant planets we may otherwise never reach in a single generation, if at all.

Finally, maybe we can just let climate change ruin Earth and migrate via teleportation en mass. just in time, to some new world we can destroy. Hey, when science sees a dim future ahead, there’s alway sci-fi.

Tags
futureinventionphysicsscience fictionspacetechnology
In this article
futureinventionphysicsscience fictionspacetechnology
Related
The physics of entropy and the origin of life
How did complex systems emerge from chaos? Physicist Sean Carroll explains.
▸
6 min
—
with
Sean Carroll
The Universe in 90 minutes: The Multiverse, time, free will, God, & more
Everything you ever wanted to know about the Universe, explained by physicist Sean Carroll.
▸
1:33:47 min
—
with
Sean Carroll
Life
“I went to space and discovered an enormous lie”
What astronaut Ron Garan saw in space changed his life forever – here’s what it taught him.
▸
8 min
—
with
Ron Garan
The Well
A futurist sets the stage for the next 1,000 years
We don’t need one Elon Musk. We need 8 billion empathic futurists.
▸
8 min
—
with
Ari Wallach
Why geniuses hunt demons for sport
Jimena Canales shares the “demons” that shaped computer science.
▸
6 min
—
with
Jimena Canales
Up Next
Hard Science
Probing reality the human way
Can we ever be really sure we’ve learned everything about nature?