Climate scientists have been drawing red lines in the sand for some time, pointing out various thresholds we dare not cross for fear of doing irreparable damage to the planet and our future on it. And yet we continue to do not enough, and one by one those milestones are falling behind us. Few experts now believe we’ll be able to avoid warming the earth past the 1.5°C increase that’s expected to signify irreversible catastrophe. To the horror of experts who have been desperately trying to get our attention in the hopes that we may still have time to change our ways, more and more scientists are switching to Plan B. Their attitude is essentially, “Okay, the battle may already be lost. Let’s see if we can geoengineer our way out of this mess.” And now researchers at Harvard are about to begin the largest geoengineering experiment ever, a $20 million project to see if they can simulate the cooling effects of a natural volcano in the atmosphere.

There are basically two objections to bioengineering experiments like this.

First is that they take scarce financial resources away from clean energy research and other projects to mitigate the damage we’re doing. Indeed, the Harvard team envisions a man-made solar shield covering the earth for $10 billion a year. 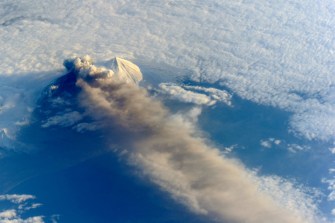 Second, bioengineering can be an extremely dangerous thing to experiment with. Kevin Trenberth, of the UN’s intergovernmental panel on climate change, recently told The Guardian that he understood researchers’ growing desperation, “But solar geoengineering is not the answer,” he said. “Cutting incoming solar radiation affects the weather and hydrological cycle. It promotes drought. It destabilizes things and could cause wars. The side effects are many and our models are just not good enough.” We have plenty of evidence that the volcanic cooling Harvard wants to learn to replicate can be devastating: The Mount Tambora eruption in 1815 caused crop failures, resulting in famine and outbreaks of disease during Europe’s “year without a summer.”

The Harvard scientist leading the project, Frank Keutsch, doesn’t especially disagree, but he says, “At the same time, we should never choose ignorance over knowledge in a situation like this.” When Harvard’s scientists look at the intersection between our energy and climate systems, they don’t see how we can switch to cleaner fuels in time, and the’ve produced a video to make their case.

The first test Harvard has planned is a $10 million “stratospheric controlled perturbation” (SCoPEX) test. In the experiment, a “StratoCruiser” suspended from a balloon would spray a mix of water and small, reflective sulphate particles into the stratosphere 20km up to generate a 100-meter wide and 1-kilometer long ice plume. 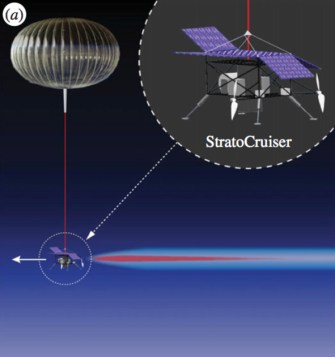 The craft has an engine, aerosol generator, and detection equipment. What they want to observe is if there are harmful side-effects to our injecting sulphur into the atmosphere as volcanoes do. If they see a sudden drop in ozone — vital for shielding us from the sun’s radiation — they’d shut the experiment down. They say the test won’t put any more sulphur into the stratosphere than an intercontinental flight from Europe to the U.S.

The scientists are currently lab-testing a limestone compound for its aerosol properties with the plan to send that up next in a StratoCruiser. By 2022, they hope to deploy two small scale water dispersals, followed by calcium carbonate particles. Aluminum oxide and diamonds are other possible materials to be aerosolized and injected into the skies at some point down the road. 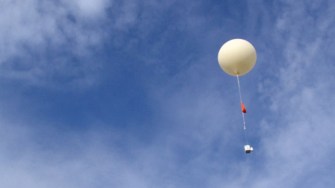 Geoengineering advocates recognize that large scale tests are too dangerous to attempt, and there’s no clear-cut way to extrapolate large-scale outcomes from small-scale test results. So the only option left is to conduct so many small experiments that scientists can feel at least somewhat more confident about what to expect in larger deployments.

“To me, solar geoengineering is terrifying,” says Daniel P. Schrag in Harvard’s video. “We’re talking about an engineering project that will affect every living thing on this planet. The possibility that something could go wrong is really scary… and yet, as scary as that is, and uncertain as some of the impact of solar engineering may be, I think the evidence is clearer and clearer that not doing climate bioengineering, and letting climate change proceed, may be actually worse.”

A new study mapped areas of the U.S. that are most likely to suffer natural disasters.
Up Next
Health

Ketamine: A Club Drug That May Be the Future of Antidepressants

Studies and trials point to the potential of a rave drug becoming the newest antidepressant medication in decades.