Recently published research pushes the boundaries of key concepts in quantum mechanics. Studies from two different teams used tiny drums to show that quantum entanglement, an effect generally linked to subatomic particles, can also be applied to much larger macroscopic systems. One of the teams also claims to have found a way to evade the Heisenberg uncertainty principle.

One question that the scientists were hoping to answer pertained to whether larger systems can exhibit quantum entanglement in the same way as microscopic ones. Quantum mechanics proposes that two objects can become “entangled,” whereby the properties of one object, such as position or velocity, can become connected to those of the other.

An experiment performed at the U.S. National Institute of Standards and Technology in Boulder, Colorado, led by physicist Shlomi Kotler and his colleagues, showed that a pair of vibrating aluminum membranes, each about 10 micrometers long, can be made to vibrate in sync, in such a way that they can be described to be quantum entangled. Kotler’s team amplified the signal from their devices to “see” the entanglement much more clearly. Measuring their position and velocities returned the same numbers, indicating that they were indeed entangled. 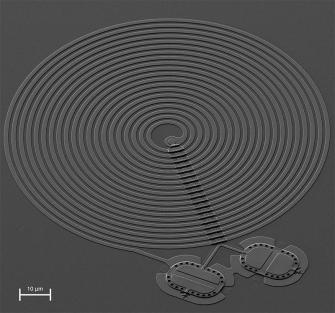 Another experiment with quantum drums — each one-fifth the width of a human hair — by a team led by Prof. Mika Sillanpää at Aalto University in Finland, attempted to find what happens in the area between quantum and non-quantum behavior. Like the other researchers, they also achieved quantum entanglement for larger objects, but they also made a fascinating inquiry into getting around the Heisenberg uncertainty principle.

The team’s theoretical model was developed by Dr. Matt Woolley of the University of New South Wales. Photons in the microwave frequency were employed to create a synchronized vibrating pattern as well as to gauge the positions of the drums. The scientists managed to make the drums vibrate in opposite phases to each other, achieving “collective quantum motion.”

The study’s lead author, Dr. Laure Mercier de Lepinay, said: “In this situation, the quantum uncertainty of the drums’ motion is canceled if the two drums are treated as one quantum-mechanical entity.”

This effect allowed the team to measure both the positions and the momentum of the virtual drumheads at the same time. “One of the drums responds to all the forces of the other drum in the opposing way, kind of with a negative mass,” Sillanpää explained.

Theoretically, this should not be possible under the Heisenberg uncertainty principle, one of the most well-known tenets of quantum mechanics. Proposed in the 1920s by Werner Heisenberg, the principle generally says that when dealing with the quantum world, where particles also act like waves, there’s an inherent uncertainty in measuring both the position and the momentum of a particle at the same time. The more precisely you measure one variable, the more uncertainty in the measurement of the other. In other words, it is not possible to simultaneously pinpoint the exact values of the particle’s position and momentum.

Big Think contributor astrophysicist Adam Frank, known for the 13.8 podcast, called this “a really fascinating paper as it shows that it’s possible to make larger entangled systems which behave like a single quantum object. But because we’re looking at a single quantum object, the measurement doesn’t really seem to me to be ‘getting around’ the uncertainty principle, as we know that in entangled systems an observation of one part constrains the behavior of other parts.”

Ethan Siegel, also an astrophysicist, commented, “The main achievement of this latest work is that they have created a macroscopic system where two components are successfully quantum mechanically entangled across large length scales and with large masses. But there is no fundamental evasion of the Heisenberg uncertainty principle here; each individual component is exactly as uncertain as the rules of quantum physics predicts. While it’s important to explore the relationship between quantum entanglement and the different components of the systems, including what happens when you treat both components together as a single system, nothing that’s been demonstrated in this research negates Heisenberg’s most important contribution to physics.”

The papers, published in the journal Science, could help create new generations of ultra-sensitive measuring devices and quantum computers.

The quantum world is one in which rules that are completely foreign to our everyday experience dictate bizarre behavior.
Hard Science

Maybe the brain isn’t “classical” after all.
Up Next
The Past