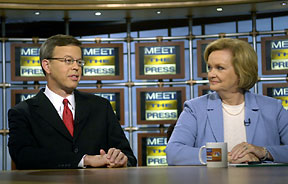 Parita Shah from the Center for Genetics and Society has an interesting op-ed in the Mercury News reflecting on the campaign tactics used by both sides this last election cycle to argue their case on stem cell research. Here’s an excerpt from the Mercury News op-ed.

Whether or not the issue factored into this year’s election results, voters heard a lot about it. Typically, this would be all to the good. Stem-cell research is complex and important. Unfortunately, the campaign treatment of stem-cell research also demonstrated that such a complex issue gets simplified and distorted beyond recognition when it is discussed in a forum of polarized politics and 30-second sound bites. Voters were bombarded with political ads and stump speeches full of hyperbole about the science, uttered by candidates desperate to win votes. In large part, this was due to candidates who were subscribing to a framework set by abortion politics — a framework that has polarized the politics of stem-cell research. During the heated debate, one side grossly over-promised cures from the still speculative research, while the other side predictably understated its potential. One side used creative word craft to underplay the risks of cloning techniques in stem-cell research; the other side equated research cloning with reproductive cloning.

While Shah and I probably ultimately disagree on policy, (the Center tends to prefer major regulation and oversight of research,) his observations on the distortions that come about when science moves to the campaign trail are not unlike those shared here at FRAMING SCIENCE and in several of my past Science and Media columns. Definitely check out the op-ed, and while you are at it, go over to biopoliticaltimes, the blog recently created by the Center for Society and Genetics. For those interested in tracking how different stakeholders intepret and frame issues, the site is one of the few places you can find a genuinely left perspective on genetics and stem cell research.