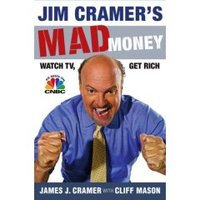 Fortress Investment Group, the first-ever hedge fund IPO, starts trading on the New York Stock Exchange today. If you don’t already have your hard-earned dollars (or euros) tucked away in a nice little hedge fund earning 20-30% a year, now is your chance to play with the Wall Street big boys. The deal priced last night, and some CNBC talking heads are expecting the offering to explode out of the gate. (I’m not so sure – if I remember correctly, during the height of the dot-com mania, there were all kinds of plans floated to take Silicon Valley venture capital funds public, and they never really delivered the returns they promised.)

Interestingly, Jim Cramer of CNBC’s “Mad Money” thinks the Fortress IPO will actually be a huge plus for Sears Holdings. You’re probably wondering – wait a second, what in the world does a big Wall Street hedge fund have to do with a retail chain that sells Craftsman power tools? Well, while you were sleeping, Sears Holdings has been quietly operating as a stealth hedge fund, thanks to the innovative financial wizardry of Eddie Lampert. Cramer explains:

“Tomorrow, Fortress will become the first publicly-traded hedge fund in America… the first one you can buy into. And do you know who the biggest beneficiary of that will be?  Not Fortress – although I’ll give it a ‘buy’ – one thumb up. No, the big winner from the Fortress IPO is… Sears Holdings (ticker: SHLD)! I believe that they will be the big winners when Fortress – a hedge fund – comes public.

SHLD isn’t a retailer…  SHLD is a publicly-traded investment vehicle. What the heck does any of this have to do with Fortress?… It’s all about the comparisons… Right now, there are no publicly-traded hedge funds on U.S. markets.  It means we’ve got no yardstick we can use to measure how much the investment part of SHLD* is worth.  There’s nothing else like it… SHLD* is what Berkshire Hathaway was 30 years ago, when it was still under $200 bucks a share… I’ve been screamin’ ever since Fast Eddie (Eddie Lampert, CEO of SHLD) took over SHLD that it’s not a retailer.  It’s on its way to being something like a hedge fund, that everyone can own a little piece of.”