Well, things got busy enough yesterday that the post I was hoping to write just never materialized. Not only did I have the useful academic load, but I also gave a talk on Iceland over at OSU-Newark to the geology club there (which is apparently all of 4 weeks old) – it was a nice talk with a good group interested in volcanoes! So, I’ll try to play some more catch up here with news from Merapi and some fear-mongering at the Korean/Chinese border.

Merapi: The NASA Earth Observatory posted a stunner of an ASTER image showing the damage around Merapi. The areas of destroyed vegetation and the highly-channelized flows – either lahars or pyroclastic flows – stand out against the false-color red vegetated areas. A couple things struck me looking at the image: (1) considering how large some of the explosions were – or at least how large they seemed – the area of destruction is relatively small, only extending a few kilometers out, except (2) the zones of fatalities around the volcano must be very localized to areas near river channels where the flows/lahars could reach out farther from the volcano. This again shows how important it is to not only relay information of impending hazards, but understand where that information needs to get first to save the most “at risk” people. If you notice on the NASA EO image, due south of the volcano is marked a golf course. Fellow geoblogger Elle Goeke posted a link to a close-up image of those Merapi links (see below) and right now, the term “hazards” takes on a new spin for those golfers. However, lightness aside, the death toll from Merapi has now exceeded 270 people from the eruption and ensuing lahars. The alert status at Merapi is still at “High”, so even though the activity has subsided some, the volcano is still in a very dangerous state (as evidenced by this video by someone with questionable judgement, taken within 300 meters of the summit). As a side note, I found another article in the Daily Mail about the NASA EO image and I noticed that in the corner of the image, there is a “copyright AP” symbol. Now, correct me if I’m wrong, but aren’t NASA images, well, public? Even if the AP chopped the image for use in the article, that doesn’t give them copyright on the image, does it? 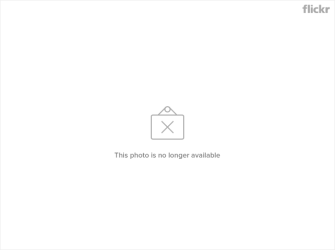 Damage from pyroclastic flows and lahars to a golf course on the slopes of Merapi. Click here to see the original, larger image.

Chengbai/Baekdu: Seems like every few months, we get another batch of articles about the fear of an eruption at the Chengbai/Baekdu caldera on the border region between China and North Korea. Let me reiterate: volcanologists (well, reputable ones), do not predict eruptions but rather tell us the probabilities of certain events. Right now, the probability is low for an eruption in the near future (months to years). That is not to say it couldn’t happen, but there have been many reports claiming that the caldera will erupt in the next few years. It is very interesting to read what people in the area near the volcano say – even educated citizens such as this English teacher who lives near the volcano: “We don’t know whom we should trust. What we can do is to pray the eruption won’t happen.” This definitely implies a lack of education about the volcano by the governments of either country – and it is the trust in the geologists who study the volcano that can be the difference between people evacuating in time or not. The South Korean government is now taking steps to build a plan for an eruption at Chengbai/Baekdu, which last erupted in 1903, including how to cope with air travel disruptions and food shortages. However, research at Chengbai/Baekdu is difficult, especially for South Korean scientists, due to its location partially in North Korea.

Top left: The crater lake at Chengbai (Chengbaishen) / Baekdu caldera on the border of China and North Korea.

De-extinction, if it is ever possible, will not be simple.
Up Next
Surprising Science

The End of Credit Cards?

Google’s next Android-powered phone will contain a chip enabling people to make payments via their handsets. The technology is safer than conventional credit cards.