Somehow I haven’t posted a bunch of interesting items collected over the last few weeks, so I need to catch up. A pre-emptive hat tip to everyone who has sent me links or notes that might seem familiar in this post. 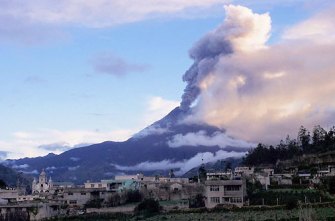 Tungurahua in Ecuador erupting in 2000.

Did volcanoes that erupt kill all the Permian dinosaurs? FOX News thinks they did! And in real news, the Turrialba eruption may not lead much. UPDATE: and now we have a field report of the Turrialba event.